Our friend Harry Pavlidis of The Hardball Times takes a look at Lowe's pitch types vs. contact rates and concludes that Lowe is "pitching to contact" (shudder). But there are several quick lessons that can help us answer the question posed above.

First, we know ERA is suspect because it fails to include (exclude) defense, and a closer look shows that he's benefiting from his defense this season while actually pitching much the same as seasons past. Here's a good, simple lesson on why ERA is flawed: 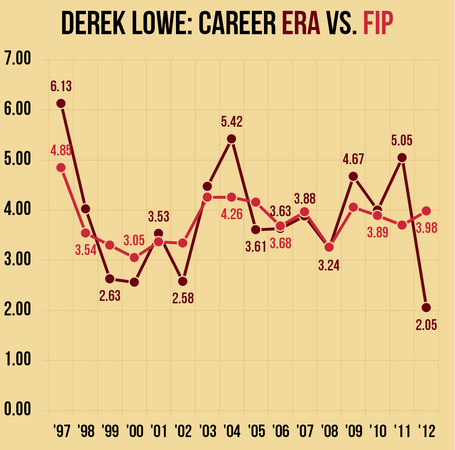 One might expect Lowe's ERA to regress to the mean.

Note that Harry's analysis is still essentially correct -- Lowe just isn't getting whiffs at all this season compared to his career marks: 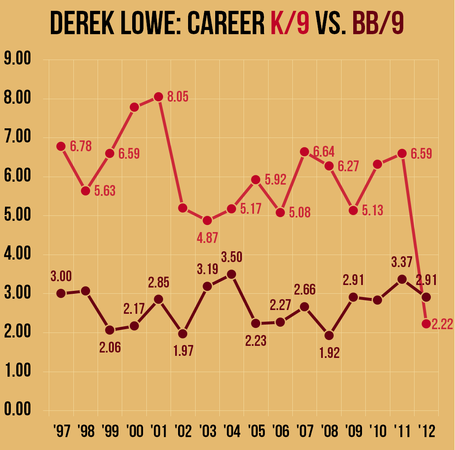 The question, beyond the range of this analysis, is whether or not he's doing it on purpose.

For fun, here's a look at Lowe as he edges up to the "not quite Hall of Fame" zone: 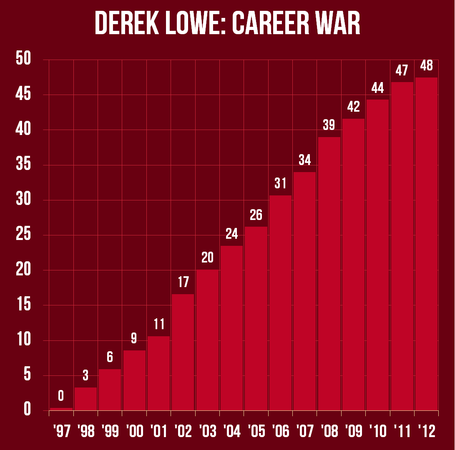 Nearly 50 WAR -- quite a career indeed. But Hall-of-Fame worthy? Probably not.