Share All sharing options for: A Graphic Look at Early Season Surprise Starts 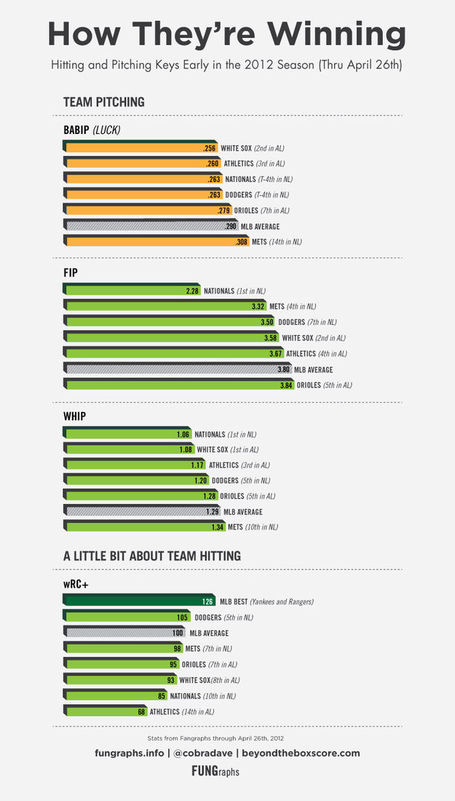 I've been hesitant to make any assumptions or do any infographics until possibly the all-star break due to sample size issues, but I figured I'd take a look at how some unlikely teams on hot starts have gotten there. It looks like it's mainly due to pitching. Taking a look at opponent BABIP, FIP, and WHIP for pitching and wRC+, how has these teams ranked in their respective leagues, and do these stats support their surprising starts?

Some notes on individual players on each one of these teams:

A note on team wRC+. aside from the Yankees and Rangers, most of the teams mentioned are around league average, which leads me to believe that this wasn't the best to measure team offense. The Nationals are on the lower end of the list with a 85 wRC+ (10th in NL) and A's with a 65 wRC+ (14th in AL), so it's safe to say, especially with the A's, that their pitching is keeping them in games.