A Graphic Look at the Window to Win: Miami Marlins

Share All sharing options for: A Graphic Look at the Window to Win: Miami Marlins 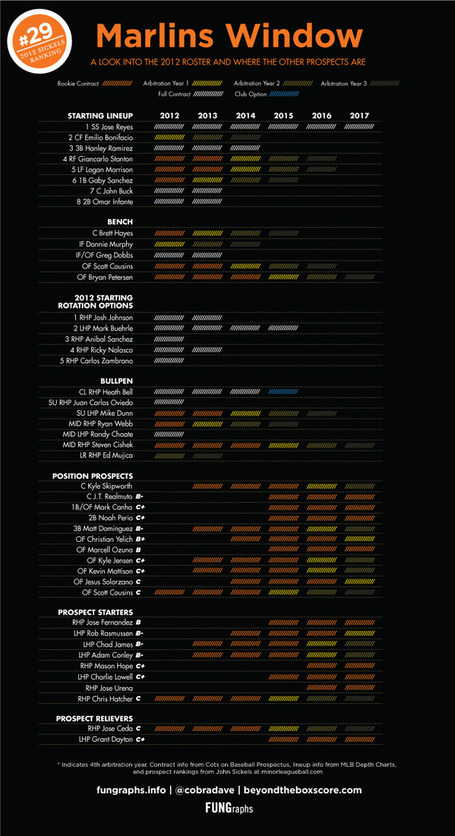 16h in the series, we look at the Miami Marlins. Ranked 29th overall by John Sickels, they have no A-rated prospects but 8 B-rated prospects. Keith Law's 2012 organizational rankings sees their system slightly lower at 28th overall.

As one of the most active teams in free agency this offseason, are the Marlins seeing their window open now?

The additions of Jose Reyes, Mark Buehrle and Carlos Zambrano should lead to about 7.6 wins according to CAIRO projections.

Finishing at 72-90 last season, hopefully they can get closer to 80 wins with this acquisition. In CAIRO's projected standings, they have the Marlins at the 82 wins. Here's what the Marlins are looking at for their 2012 roster.

The thought is that their young lineup improves and propels them into possible wild card contention, which CAIRO thinks will take 88 wins. To Marlins fans, you'll be happy to hear that your window is now.