Ian Desmond gets more first pitch strikes than anyone. Why?

Share All sharing options for: Ian Desmond gets more first pitch strikes than anyone. Why?

In 2012, Ian Desmond had a first-pitch strike thrown on him 70.8% of the time. For an idea of how big that is, since 2002, the first year the stat was kept, that has been done roughly zero times. 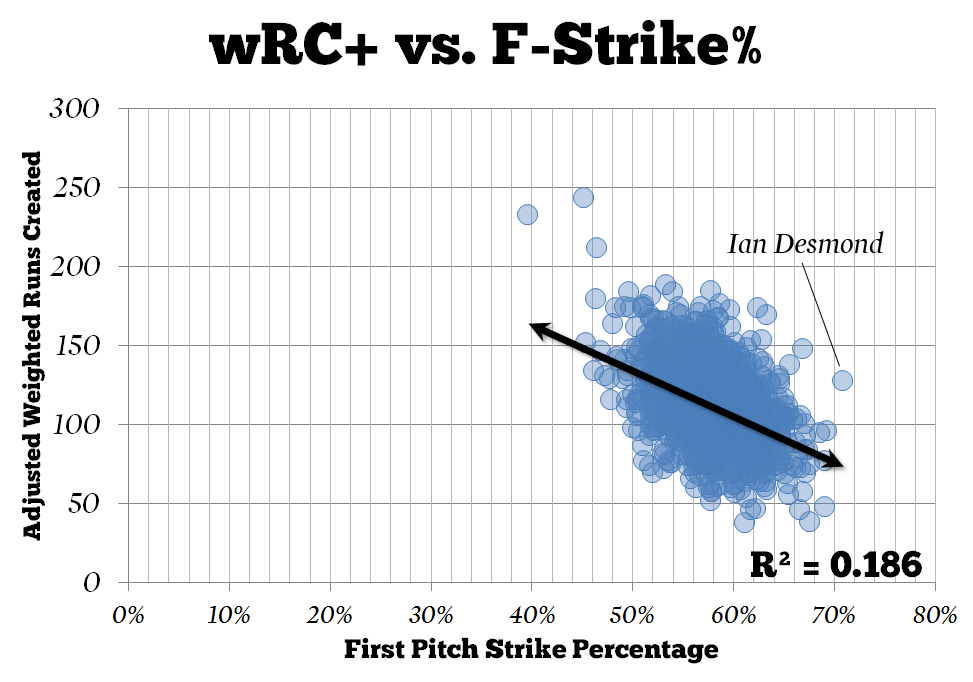 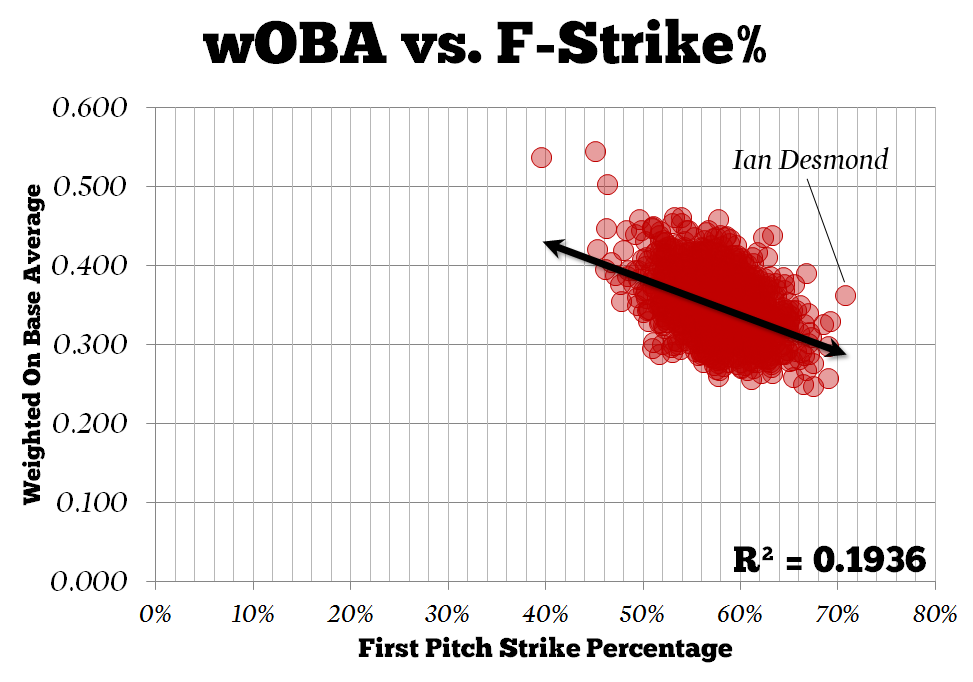 Looking at some of the outlying points, Ian Desmond sticks out as the highest F-Strike%, but there are a couple of other stray seasons.

See those three points near the top? Those all belong to Barry Bonds, notorious slugger and intentional-walker. Those points are to be expected because when someone is being intentionally walked and pitched around as much as he is, they probably will not have to deal with too many first-pitch strikes.

Looking below, we can see that Desmond had a propensity to swing at some pitches that he probably should not have. That is one excellent way to fall behind in the count. 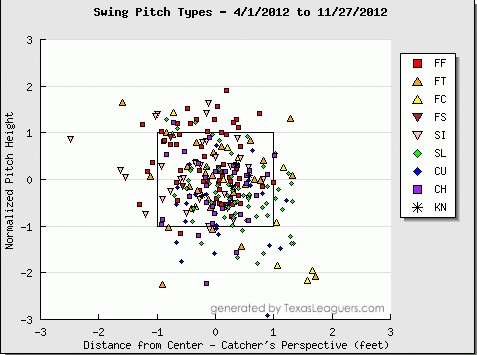 Desmond would expand the zone both high and low, and that is not the ideal way to start off an at-bat. I count 6 cutters out of the zone low, 1 outside, 3 high, and 2 inside. He also had a tendency to swing at sliders that were out of the zone.

In 0-1 counts, Desmond swung at the pitches in the chart below (small-sample size and all). 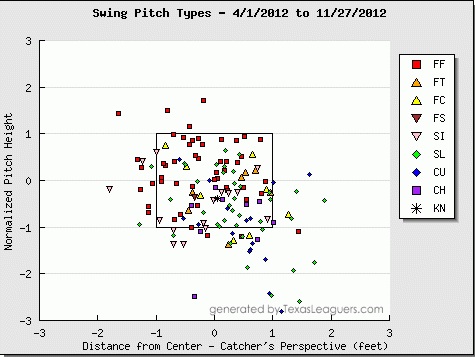 Looking at his spray-chart, it would appear as though Desmond made some quality contact on low and inside pitches in 0-1 counts, which he did not do for some reason in 0-0 counts. 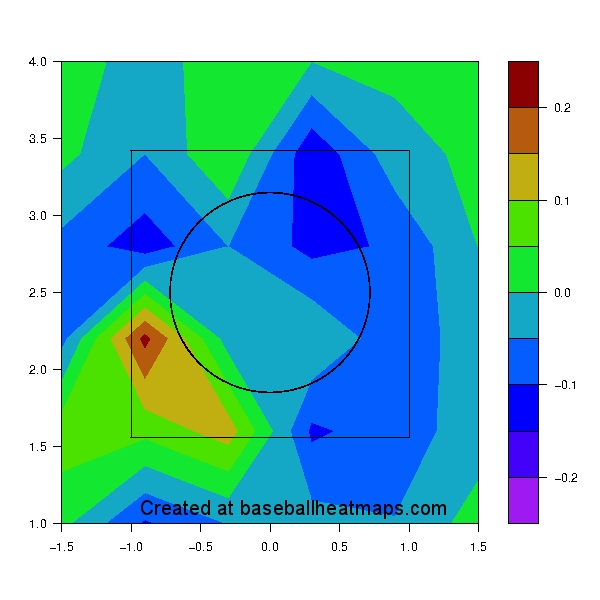 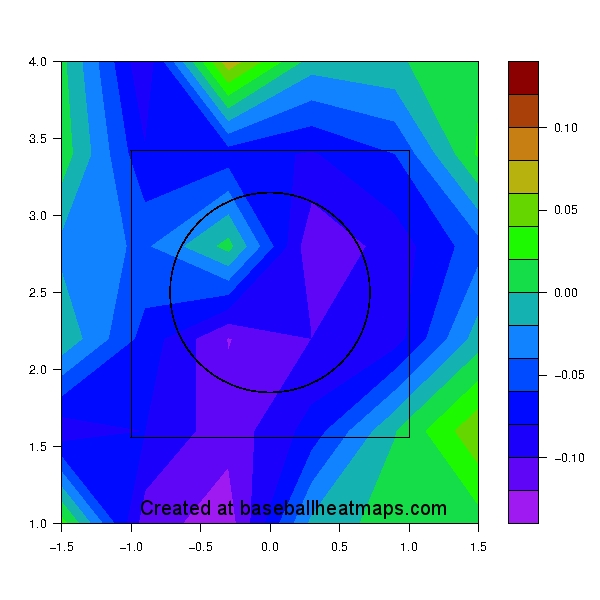 The spray chart below shows that when he pulled the ball in 0-1 counts, he had a lot of success in 2012. 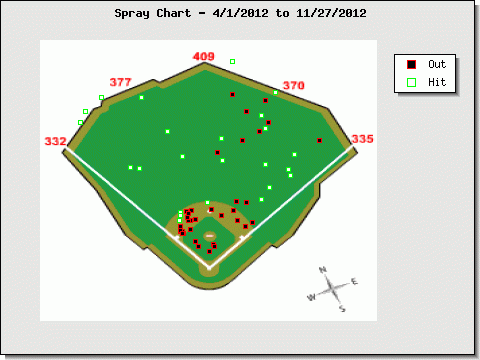 So getting back to the question: What does this mean?

My first thought is that this is randomness, and that I am trying to find signal where there may not be any. The samples involved here are minuscule, and even just one season of a high F-Strike% is probably just a normal outlying season. If this persists with Desmond it could be something to watch, but as of now it looks like it was just a combination of a free-swinger and some randomness.

One thought is that he goes into counts trying to hit the first pitch, a strategy that I can say is still lingering in the culture of baseball. The fact that he fouled off a lot of first pitches is one reason why this came to mind, as pre-determining that he is going to swing can lead to some weak contact. He really struggled against sliders in 0-0 counts, chasing them frequently and seeing them more frequent than any non-fastball pitch. He swung a lot more often in 2012, with his swing rate being 54.6% compared to a career swing rate of 49.1%.

So what do you guys think? Random? Or is there something larger here?