In the seventh installment of Beyond the Box Score's 2012 awards, we offer our picks for the National League's best rookies. 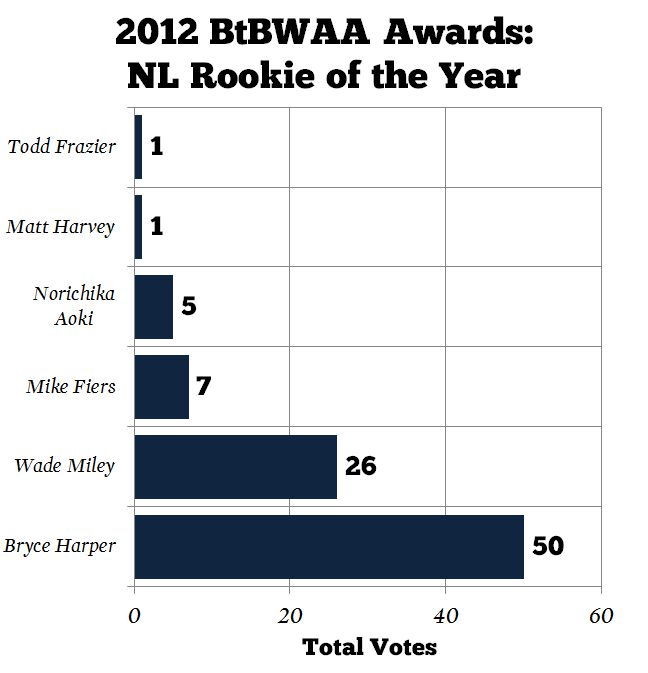 The unanimity continues! Bryce Harper pulls a Mike Trout and goes 10-for-10 with the BtBWAA. Wade Miley gets the silver, getting eight second-place votes and third-place nods from the rest. Mike Fiers barely edges out Norichika Aoki for the bronze, while Todd Frazier and Matt Harvey get a single vote each.

Full disclosure: I voted for Harper, Miley, Aoki, in that order.