2012 Houston Astros: Can we make them better after the fact?

Using everything we now know, what could have been done to improve the 2012 Houston Astros into a contender? Anything? Designated Columnist Michael Bates from The Platoon Advantage and BTBS contributor Julian Levine join forces and discover: this is harder than it looks.

Share All sharing options for: 2012 Houston Astros: Can we make them better after the fact?

A couple of weeks ago, we discussed the following question on Twitter: Using the power of hindsight, how much would it have taken to build the Astros into a contender this year? The idea was simple: Assign the Astros the best cheap free agent signings of last offseason where necessary (including minor-league acquisitions), keep payroll within reason (expand it by, at most, 10%), and just see how far it gets them. By using WAR (for these purposes, we've gone with Fangraphs' implementation) and some adjustments based on playing time, and we can estimate how many wins the Astros would have had.

In taking a skeleton of a team like the Astros and putting them through this retrospective exercise, we can get a sense of the cheaply available talent on the free agent market, and how it actually applies to a real major-league team. Was there enough out there, given the perfect set of offseason moves, to have transformed the Astros into a contender? In a word, no.

A couple of notes on methodology before we get going: we assumed that we would be starting with everyone in the Astros organization at the end of the 2012 season, and that we couldn't simply make any trades I wanted, so we avoided exchanges with other clubs except for those actually made by Jeff Luhnow and the Astros, since it was clear that both parties would agree to that deal. We also assumed we had perfect knowledge of how a player would perform in 2012, and that Opening Day payroll would rise from roughly $61 million to around $70 million. 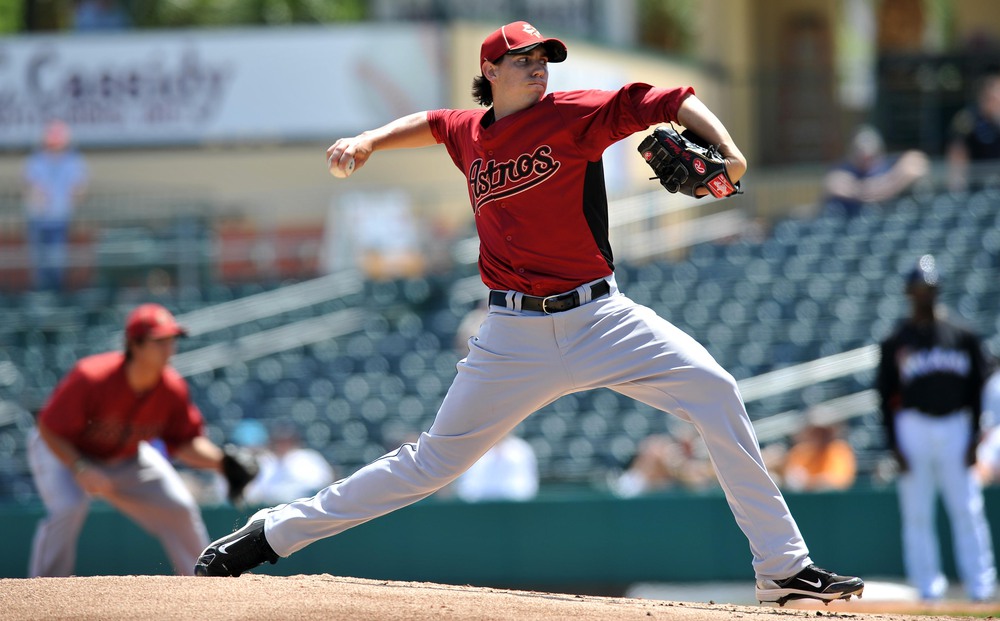 Mark Melancon for Jed Lowrie and Kyle Weiland : This was a no-brainer, even at the time, as Luhnow traded a good reliever for a position player and a back end starter. Weiland ended up hurt for almost all of 2012, but remains under contract and cheap. Lowrie was worth more than 2.0 wins above replacement, in spite of his own injury problems.

Select Fernando Martinez off of waivers: He's got a reputation as a bad guy, but we're an organization that needs talent, and Martinez was the #20 prospect in baseball according to Baseball America once upon a time, and he's still only 23.

Select Rhiner Cruz in Rule 5 Draft: He will be terrible, but he'll make the league minimum and we have a lot of bullpen spots available.

Sign Justin Ruggiano: We know he's going to have a breakout year, so we still sign him as a minor league free agent, and we don't trade him to Miami in May.

Trade Jason Bourgeois and Humberto Quintero for Kevin Chapman and D'Andre Toney: Bourgeois and Quintero are both expendable replacement level guys who will earn more than a million dollars combined, whereas Tony and Chapman are interesting lottery tickets for years down the road.

Select Justin Maxwell off of waivers: A great lefty-masher, Maxwell will not play every day against righties. 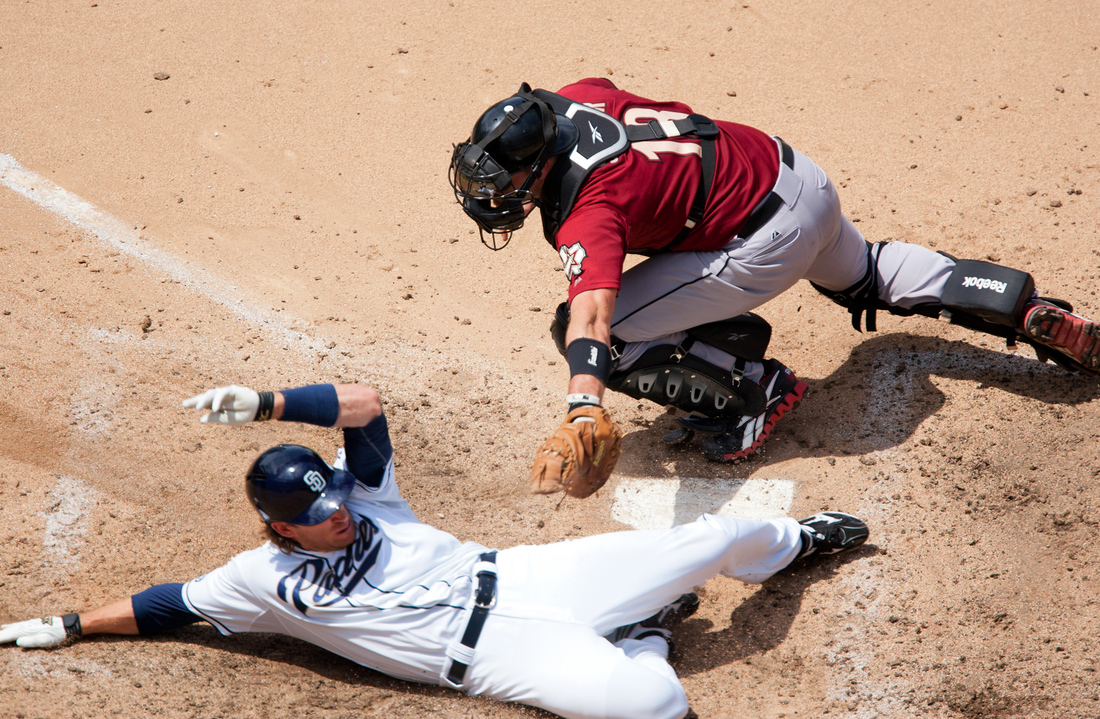 Don't sign Jack Cust: Because what was he really going to offer? It was a waste of money from the moment he signed the deal, not when he was released.

Team Status After the Moves 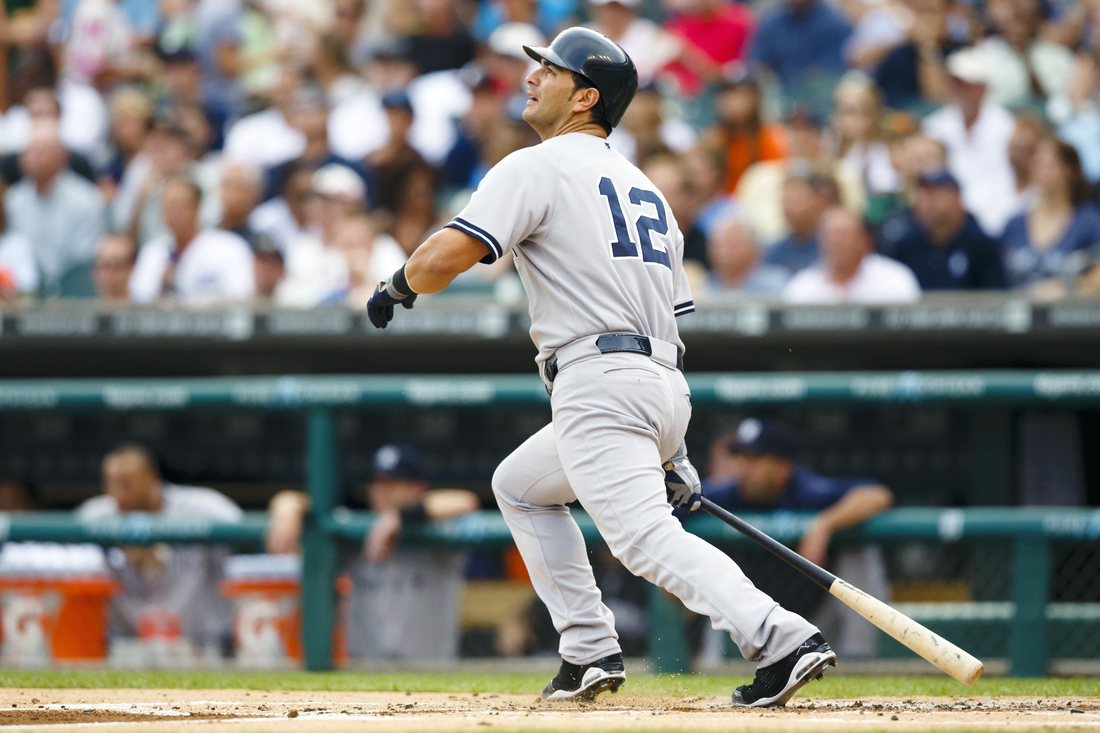 First of all, the low-end first baseman market is atrocious. Obviously, we're not going after Albert Pujols or Prince Fielder, and giving a million bucks to Lyle Overbay wouldn't be a good use of resources, so we're stuck with the unholy platoon of Brett Wallace and Carlos Lee at first.

We're skeptical of Chris Johnson, so we'd prefer to bring in Eric Chavez. To sign him away from the Yankees, we're going to have to promise Chavez the starting spot and more money. Let's say it takes $1.5 million to lock him down. Chavez will be an upgrade both offensively and defensively, but he's definitely not durable, so we'll need to keep Johnson around to back up at the corners.

We're very concerned about Jed Lowrie's injury history, and with perfect future sight, know he'll be going on the DL at some point. We'd like to sign Jeff Keppinger as a backup infielder (and potential platoon partner for Chavez), but he won't be able to play short. I don't want to play Marwin Gonzalez, so I'm going to have to overpay a little for John McDonald ($1.75 million), who is much better offensively and a defensive whiz. We also need a backup catcher, so we'll sign Gerald Laird for $1.5 million and promise him more playing time than he'll get backing up Alex Avila.

There is no way we're going to enter the season with Jordan Schafer, Brian Bogusevic, or J.D. Martinez, so we're going to mix and match in the outfield. We've got Maxwell and Ruggiano, and we're going to add Jonny Gomes for $1.5 million and Juan Pierre for $1 million. Pierre will start in left field against right handers, while Maxwell will play center against lefties. Ruggiano will play right field against lefties and center when a righty is on the mound, while Gomes will split time between left (vs. LHP) and right (vs. RHP). 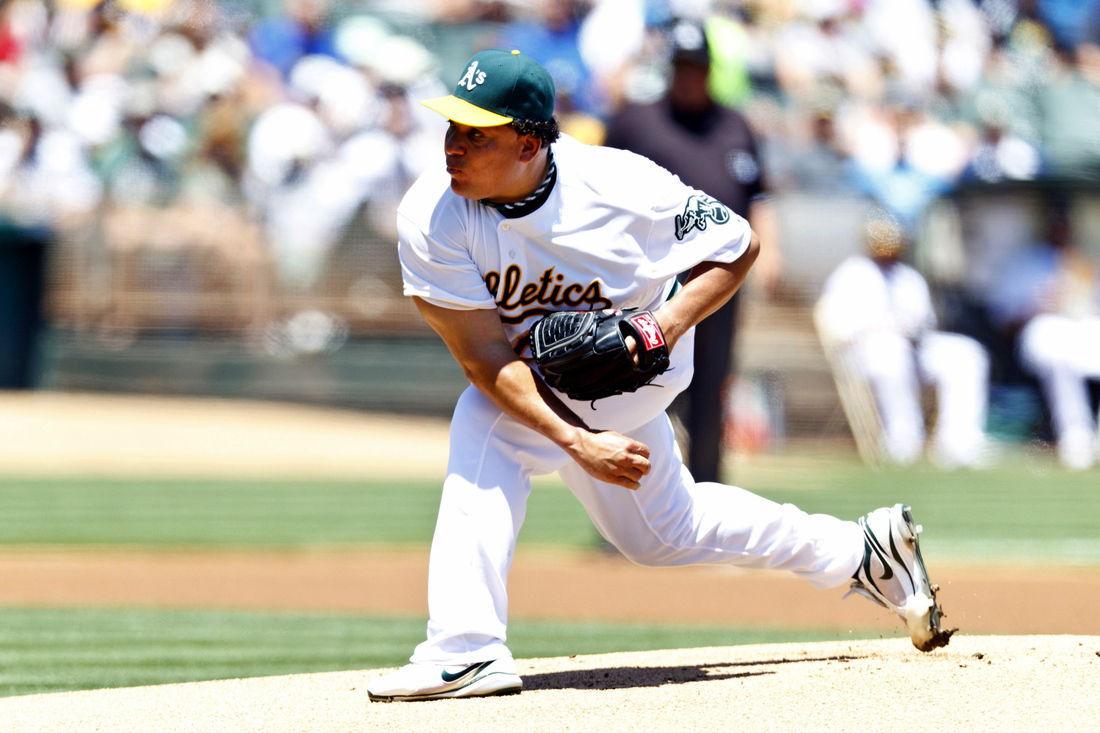 Our rotation could also use some help. Wandy is good, as is Lucas Harrell for some reason, and we're going to have to make do with J.A. Happ and Bud Norris because we can't replace everybody. Jordan Lyles and Dallas Keuchel, however, are atrocious. Since our goal is respectability, we'll plan to keep Rodriguez all season, which will cut into some of Keuchel and Lyles' time, but we should also pick up Bartolo Colon for $2.5 million and let him have 24 starts before he gets popped for PED use. That's a total of 38 extra starts for the Astros, and should pretty much preclude the need for the gruesome twosome.

In the bullpen, we're not going to add anyone, but we are going to hold on to Brandon Lyon and keep Mickey Storey and Xavier Cedeno up with the big league club all year. That should severely curtail our need to rely on duds like Cruz, Fernando Rodriguez, Fernando Abad, and David Carpenter.

With all that out of the way, here's a table with the players we're adding and subtracting and an estimate of the difference in the number of wins we'll be getting: 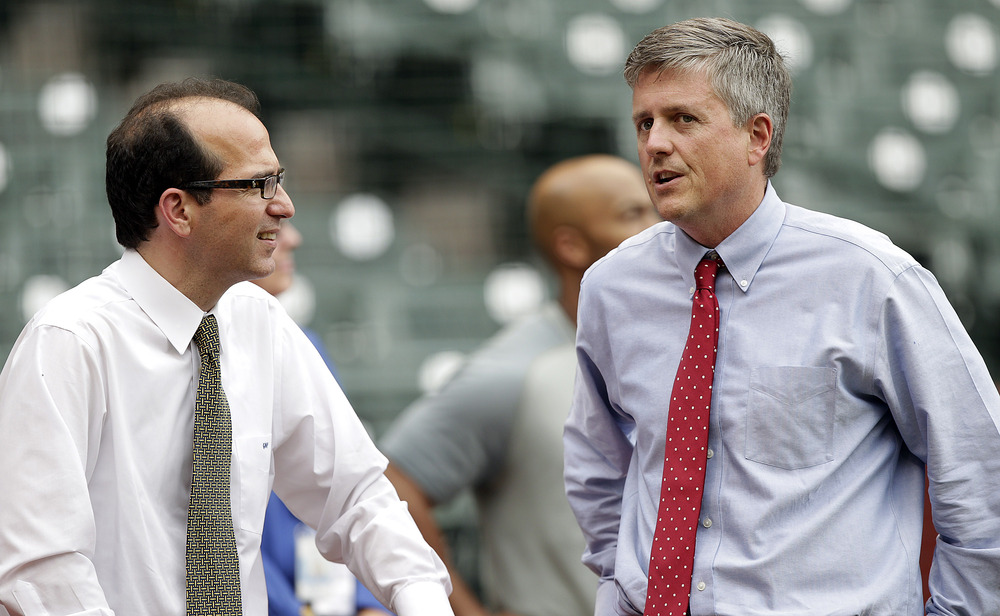 This is harder than it looks. We all like to believe that there's an abundance of free or cheap talent out there for a team to bring in. We also all like to think that if an owner and GM would just open up the purse strings a little bit, that it would be pretty easy to make a bad team good. The truth, however, is that the free agent cupboard is relatively bare at the low end (understandably so) thanks to a market that has gotten much more efficient in recent years. And unless you're able to go out and sign Prince Fielder, Yu Darvish, Yoenis Cespedes, and Aramis Ramirez, you're not going to be able to take a terrible team and make them even into a .500 club in a single offseason without significant turnover or maturation from within the organization.

Even if their team can't win, fans want them to be respectable, but ultimately, the effort to field an unembarrassing team just doesn't seem worth it. I mean, we increased the Astros' payroll by 13% in 2012 (breaking Julian's proposed 10% ceiling) over what it really was on Opening Day, and we went from 55 wins to 71 with perfect knowledge of how players were going to perform. The effort to add a couple extra wins to a bad club to placate a few extra fans simply can't justify itself.

Michael Bates is one of SBN's Designated Columnists and one of the minds behind The Platoon Advantage. Follow him at @commnman. Julian Levine is a regular contributor to Beyond the Box Score. Follow him at @giantsnirvana.