In the sixth installment of Beyond the Box Score's 2012 awards, we offer our picks for the American League's best rookies.

We've already announced our picks for MLB Executive of the Year, Silver Sluggers (AL, NL), and Gold Gloves (AL, NL). This week, we turn our attention to the Rookies of the Year, starting today with the American League. 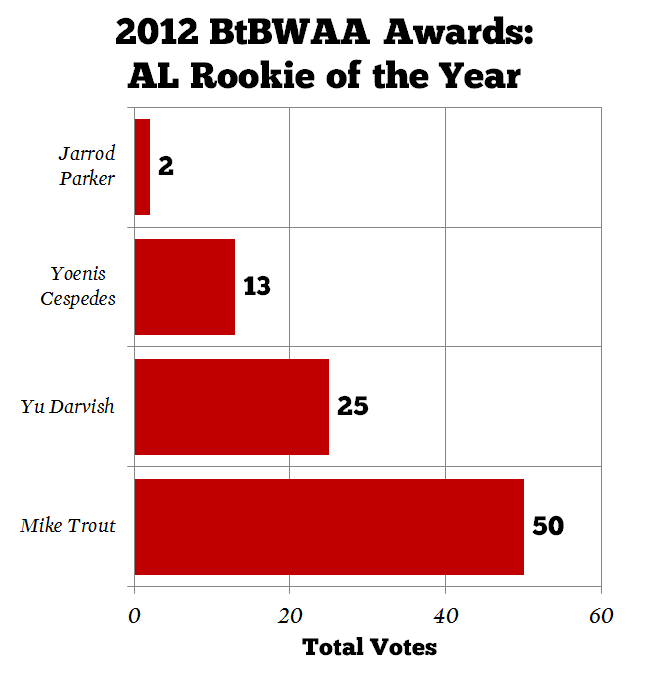 In what might be the single biggest upset of the entire BtBWAA awards series, Mike Trout is our unanimous choice for AL Rookie of the Year. Give yourself a minute to digest that, folks. I know that probably blew your mind.

Yu Darvish comes in second with exactly half as many points as Trout, followed by Yoenis Cespedes in third. Jarrod Parker gets two last-place votes, and...that's it.

This is usually the part where I offer some analysis of the vote, but there isn't a whole lot to say here. So in step were we on this that seven of us (myself included) wrote in the exact same ballot: Trout, Darvish, Cespedes.