Spencer Schneier and Blake Murphy come together to do battle in the GM's chairs once again. This time around, they tiptoe around the touchy subject that is Alex Rodriguez and paying someone to play for a rival.

Share All sharing options for: A battle of wits: A-Rod trade rumors, simulated

With recent rumors of the New York Yankees exploring trade options for Alex Rodriguez, Spencer and myself locked horns at the negotiating table once again.

As a Jays' fan, playing the role of Brian Cashman was difficult for me. I had always worked under the assumption they just throw money at the wall, but as I researched I realized it's not just wins and dollars that motivate the Yankees...it's also cash, moolah, championships and banners. For Spencer, he had to look inward to find his Extra 2%, acting as Tampa Bay Rays' general manager Andrew Friedman.
Obviously we don't have time to really scout the other team's minor leagues or do real in-depth analysis on the players, plus we don't know budgetary restrictions or team plans. So keep in mind these negotiations are for fun and are simulated in a very short time frame, explaining just how badly Spencer has been hosed for the second time in a row.

Brian Cashman (BC)‪‬: Not so good Andrew. The pile of money I sleep on is pretty lumpy, and Hank Steinbrenner has me on speed dial. So, y'kno...living the dream. Yourself?

AF‬: So let's get down to it then. You guys selling any bats? We could use a few with Pena and Scott leaving. 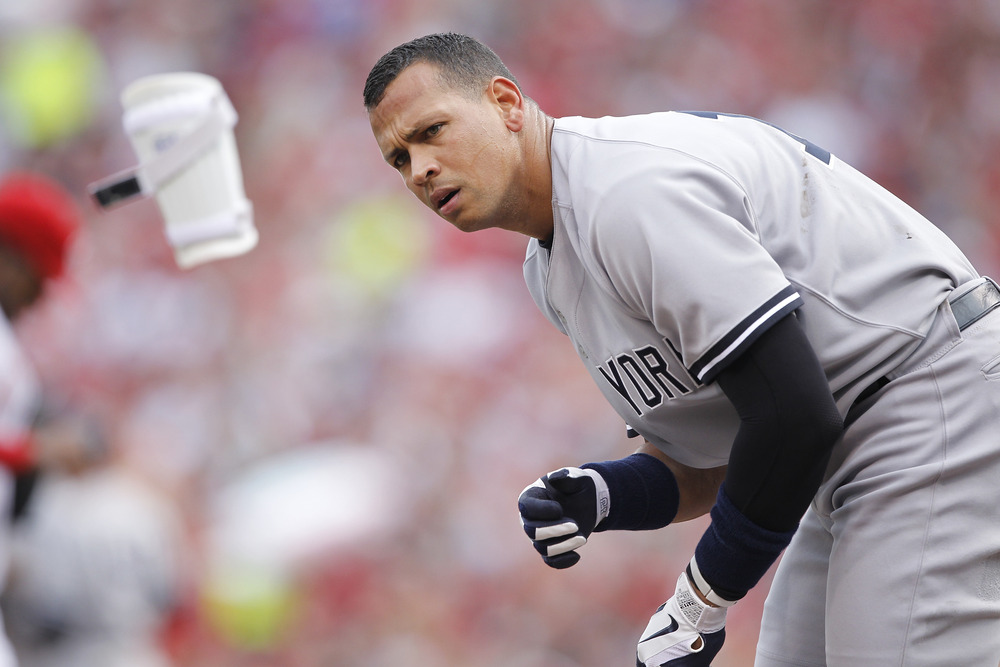 AF‬: Since you don't want to trade me a star like Robinson Cano, how about A-Rod? I heard you mention that he isn't untouchable anymore. What would we be looking at there?

BC: Well A-Rod discussions will take place on a continuum. I know your...uhh, financial situation...so the more we're on the hook for, the more we're going to need in return in terms of players. And vice versa.

‪AF‬: We'd be willing to pay for 7-8 million of it the next two years, with that number lowering over the following seasons (per year).

BC‬: And what type of player would we be looking at in return in that scenario? ‪

AF‬: We would be willing to surrender a decent prospect, who do you guys like? ‪

BC‬: What about Brandon Guyer? He's pretty blocked for you guys and coming off of that nasty labrum tear. ‪

AF‬: If you guys want Guyer then we want to lower the amount we take on to five million the first two years, with that number decreasing dramatically ‪thereafter.

The amount we pay A-Rod has to decrease dramatically in later years.

Basically, I'm saving $5M but you're assuming I can deploy that $5M, minus Guyer's salary, to replicate three wins, minus Guyer's contribution. I can't make that math work.

And I know you've likely got about $35M before arbitration salaries to play around with, more if you move Shields.

AF‬: Well we may have some guys you'd be interested in at the Major League Level, if paying most of A-Rod's deal isn't what you'd like to do.

In fact...what do you guys think of James Shields? ‪

BC‬: I think he's dreamy. However, I know that since he doesn't have a terrible contract, the Dodgers wouldn't be interested...so I might be your best option. 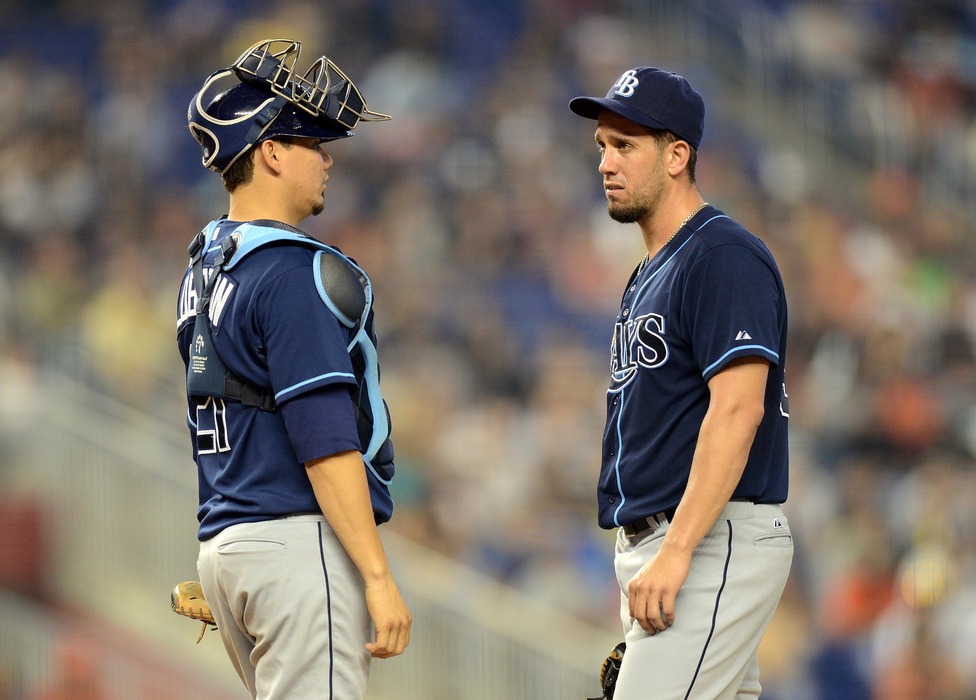 BC: Are you suggesting an A-Rod-and-cash-for-Shields deal? Because that's definitely something I can run to Hank. ‪

AF‬: We offered to give him a 15 year extension and they offered us Zach Lee. So there's a market there.

BC‬: Well at those numbers, I'm essentially paying $106M for Shields. If we had a little more salary certainty moving forward I might be OK with that, but he can just walk on us in 2015. There's not enough certainty for me to commit to paying ARod $61M in 2015-17 when we might not have Shields anymore. ‪

AF‬: If you would like us to pay those salaries at the end of the deal, that would be okay as well. ‪

BC‬: Even in that scenario, we couldn't give up any assets beyond the large cash expenditure. ‪

AF‬: How much of the contract would we have to take on to acquire another asset? ‪

BC‬: Depends on the asset, of course. Who in particular are you looking at? ‪ 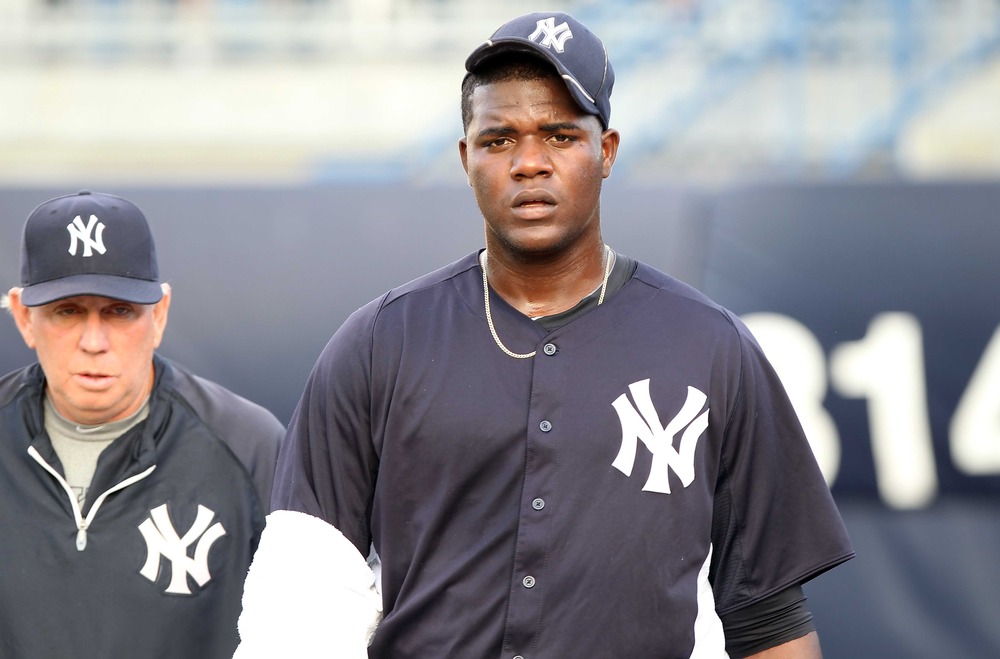 So, Banuelos and Pineda. Do they still have all of their limbs attached?

AF‬: How are the medicals looking on Banuelos and Pineda? More so Banuelos.‪

BC‬: We would send Banuelos back if the total you were paying from ARod's deal was $30M, and that can be backloaded if you'd prefer. We see him as a three-win pitcher eventually, and he's a highly controllable asset. ‪

AF‬: How about Pineda? ‪

BC‬: We gave up our top prospect for him. He'd cost more. ‪

AF‬: James Shields is a bona fide front of the rotation pitcher, Pineda is a pitcher with one good season coming off of shoulder surgery. Plus you gave up your top prospect for him and Jose Campos, another well regarded young player. ‪

BC‬: I just meant relative to Banuelos, not that he's untouchable.‪

AF‬: If you're willing to include Pineda, I could take on $25M of A-Rod's contract.

AF‬: We prefer it to be frontloaded anyway, so we can agree on that. If we take on that much then I'd like two out of Romine, Phelps, and Betances. You can give us just Betances if you pay all the HR and milestone bonuses. ‪ 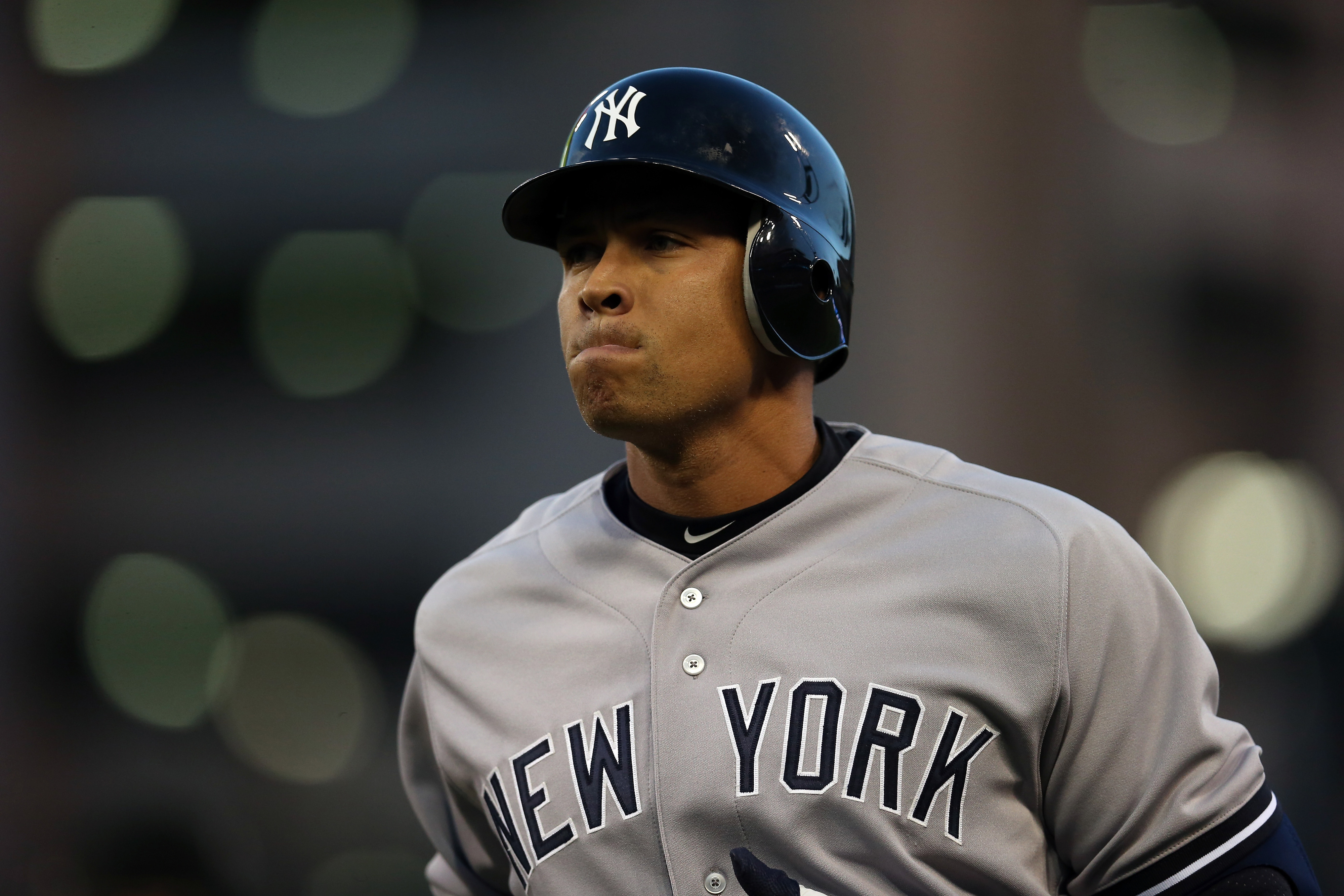 There's no way those two guys are worth only $5M. With what I'm asking for right now, you're paying $30M for 5 years of a three-win player, and a few controllable years of what was a three-win pitcher pre-injury. That's a hell of a deal in terms of $/WAR. We're paying $89M, ARod, and Pineda for two years of Shields. Don't get greedy, Andrew.

‪AF‬: You assume A-Rod for three wins a year for the next five years, and we aren't so sure that is likely.

I think us going 8-8-5-5-4 on him, as well as getting Pineda, and one out of Romine and Betances is a fair deal. What if we throw in Guyer? You guys eat a bit more contract, and get Guyer. Then we only pay $25M of his deal.

AF‬: If that's good for you guys. ‪

AF‬: So we get A-Rod (and pay $25M of his deal), Betances and Pineda for Shields and Guyer? ‪

BtBers, who won the trade?