In the tenth installment of Beyond the Box Score's 2012 awards, we offer our picks for the American League's best overall players.

We've already announced our picks for MLB Executive of the Year, Silver Sluggers (AL, NL), Gold Gloves (AL, NL), Rookies of the Year (AL, NL), and Cy Youngs (AL, NL). This week, we conclude the results of our voting with the Most Valuable Player awards, starting today with the American League.

Without further ado, here are the results: (click to embiggen) 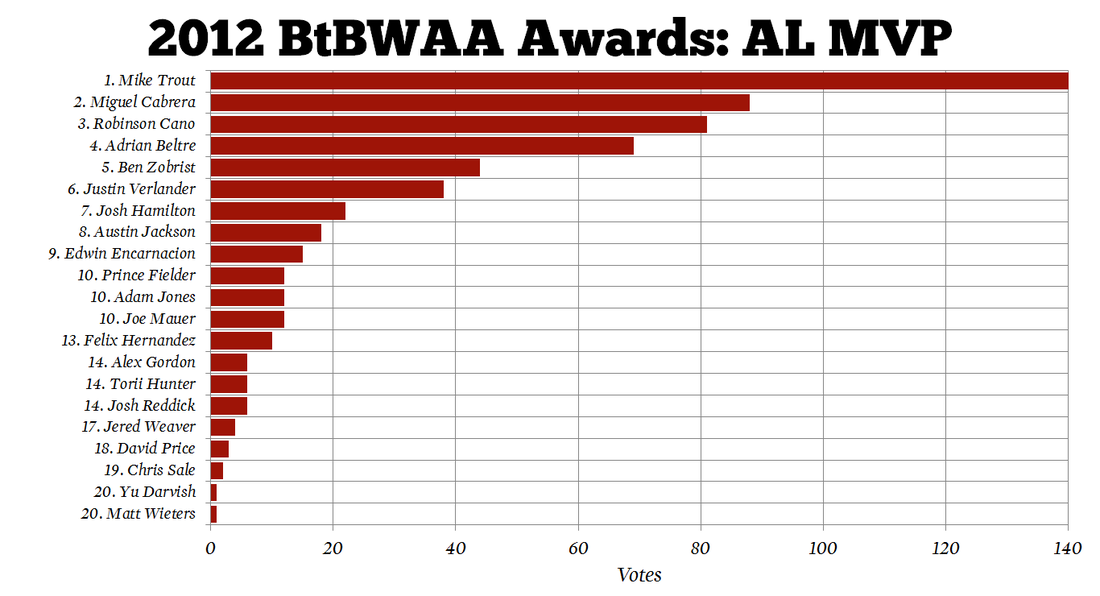 Ladies and gentlemen, your unanimous pick for AL MVP is Mike Trout. So take that, real-life BBWAA.

Moving down the ballot, real-life MVP Miguel Cabrera comes in second—barely. Robinson Cano and Adrian Beltre round out the second tier (switching places from their real-life finishes). Ben Zobrist, who finished 18th in the BBWAA voting, comes in fifth. All five were named on every ballot.