Jered Weaver has been one of the best pitchers in baseball the past few seasons, but in 2012 aspects of his performance could be a cause for concern next season.

Share All sharing options for: Jered Weaver: A Cause for Concern in 2013?

Jered Weaver made his debut for the Los Angeles Angels in 2006, and since then he has been one of the better pitchers in all of baseball.

For more on K-BB%, check out Glenn's piece from Sunday.

In 2012, though, Weaver struggled. He suffered through a back injury, which could have been a contributing factor, but he saw his strikeout percentage drop to 19.2%. His BB% remained fairly static, finishing the season at 6.1%. His K-BB% (13.1%) was still above average.

Immediately, one big cause for concern that I noticed was the decrease in the velocity of his fastball. Weaver doesn't have a ton to work with in terms of fastball velocity. Career-wise he sits around 90 miles per hour. 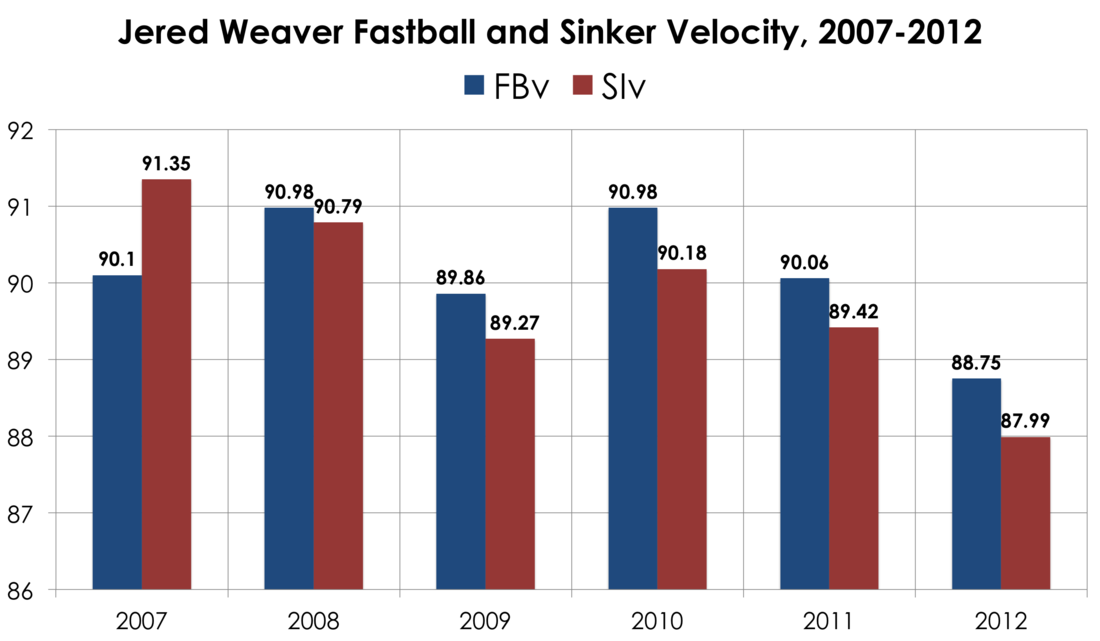 While his sinker did lose velocity, it appears that he didn't entirely lose its effectiveness. He never generated a ton of whiffs on swings with the pitch, his career whiff/swing% with his sinker is a little over 13%, and in 2012 it was right around 12%.

Weaver's fastball did suffer though.

Career-wise Weaver has a 17% whiff/swing percentage when throwing his fastball. Yet in 2012 he saw it fall to 12%, which was a career low.

I was interested to see if Weaver had any change in his pitch selection from a year ago, so I headed over to Brooks Baseball, and got the necessary data. 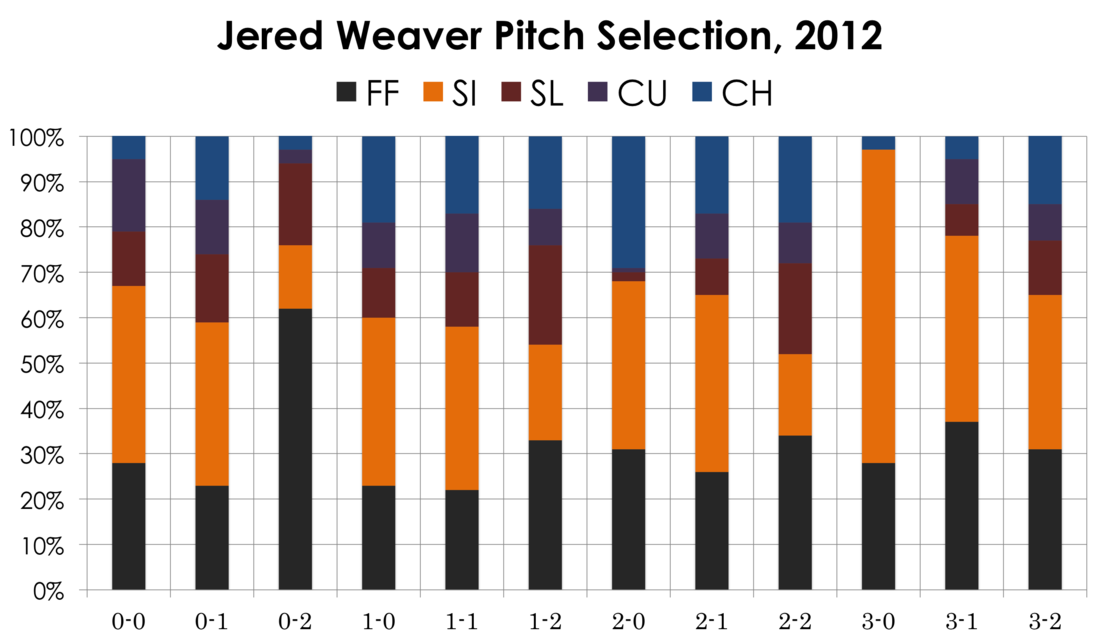 In 2012 Weaver used his fastball and sinker more often than not, as I stated earlier. If he had a batter in an 0-2 count it was almost certain that the batter was going to see a fastball. When he got behind the batter 2-0 he would use his change-up 29% of the time. If he was ahead in the count 1-2 or 2-2 he'd also get his slider in there as a potential strikeout pitch.

Now let's look at 2011 to see if anything changed. 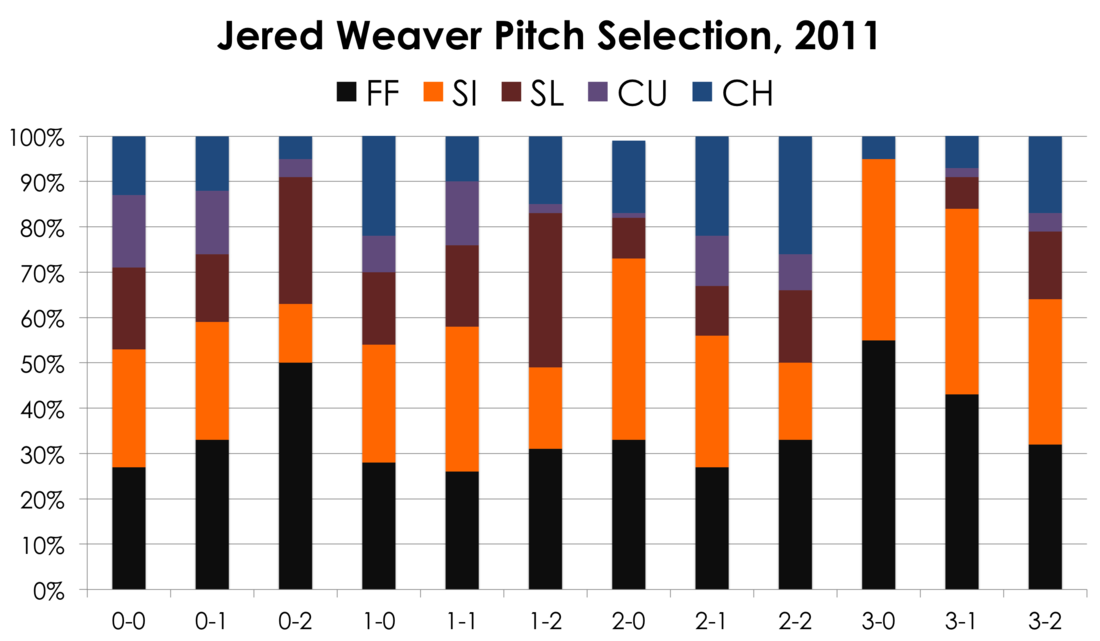 So while his pitch selection changed, it's hard to get a lot of conclusive evidence out of this information.

His F-Strike% was above average, but his SwStrk% was below average, albeit slightly. Not too much can be taken out of this in terms of a potential decline. Weaver will obviously want to get more first pitch strikes, but other then that, that's about it.

Weaver has always been one to have an ERA much lower than his FIP, and in 2012 that was no different. This past season he had an E-F difference of -.93.

That was the biggest difference since rookie year in 2006, when there was a -1.34 difference in his ERA and FIP.

What is most concerning though has to be the loss of velocity on Weaver's fastball.

Weaver is 30 years old, and according to Bill Petti's research, thirty year old's only have .22 times the odds of regaining velocity.

The Angels will need to hope that Weaver doesn't decline further, because Dan Haren is a free agent, as is Zack Greinke. Mikes Bates at Halo Heaven found similar results.

They do have C.J. Wilson still, but he wasn't exactly great in 2012. It will be interesting to see what happens.