The Minnesota Twins came off of a season where their rotation was simply awful. Going into next season they are looking for at least three starting pitchers. With their budget who could they look to sign?

Share All sharing options for: Fixing the Minnesota Twins' Rotation

In September, Bryan Grosnick wrote a piece on how bad the Minnesota Twins' rotation has been, and found that it was the third worst rotation in the last ten years. The one bright spot was twenty five year old lefty, Scott Diamond. He finished the year with a 3.94 FIP, and appears to be a solid middle of the rotation starter.

The problem though is that you need five guys in order to have a MLB rotation, and at this point Diamond is the only given as we head into 2013. Currently the Twins have $65 million dollars owed to eight players, and by the time the season rolls around they expect that number to sit around $100 million.

I looked at MLB Trade Rumors projected arbitration salaries and they see the Twins giving out roughly $3.9 million dollars in arbitration. The rest of the roster should make the league minimum, so the total comes to $75.62 million dollars.

With roughly $25 million available, the Twins should be able to sign a couple of decent starting pitchers. 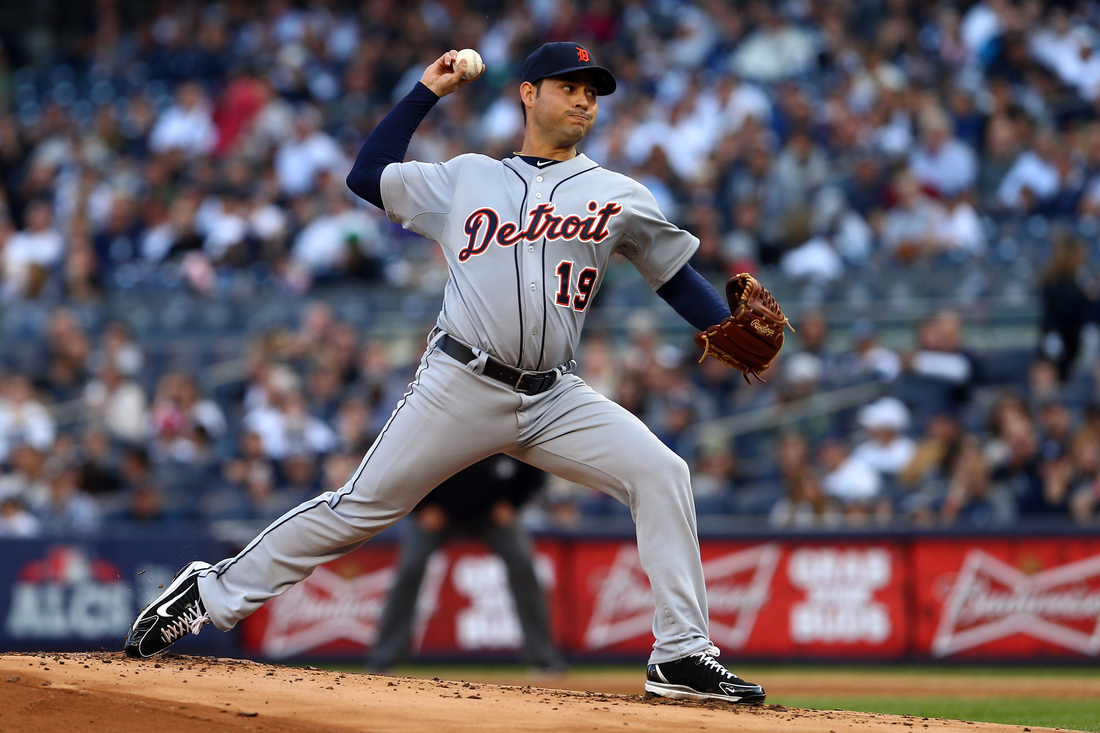 If I'm the Minnesota Twins the first pitcher I take a stab at is starting pitcher, Anibal Sanchez. If you've been reading my posts lately, you know that I think that Sanchez could be one of the better bargains in this free agency class. He had a 3.53 FIP in 2012, and walked a career low 5.9% of batters faced. Ever since he returned from his labrum injury he's been a very good pitcher, and would slide in nicely at the top of the Twins pitching rotation.

I thought that he could get a contract around 4 years-$52 million, but last I saw he was asking for 6 years-$90 million. I think this is a pretty big overpay, and at most I would probably go around 4-$60, but would the Minnesota Twins hand out that big of a contract? I find that hard to believe.

Brandon McCarthy is a pitcher who I could easily see the Twins going after. He's coming off of a scary injury, but in 2011 he had a breakout season where he posted a sub-3 FIP, and a 4.8 fWAR. In 2012 McCarthy was off to a solid start, posting 1.8 fWAR in 18 starts. He did miss some time to do a shoulder injury during the summer.

He would fit into the Twins' rotation nicely as well. He doesn't strike out a ton of batters, but does a good job at limiting walks as well as preventing the long ball. According to FanGraphs, Target Field's home run park factor came out at 92 . To put that in perspective, the Coliseum had a home run park factor of 93.

FanGraph's contract crowdsourcing has McCarthy getting 2 years-$20 million, which sounds like a fair deal. I could also see something like 2 years-$24-26 million though. He'd be a nice number two guy for the Twins, but he probably wouldn't go the 200+ innings that the team needs. 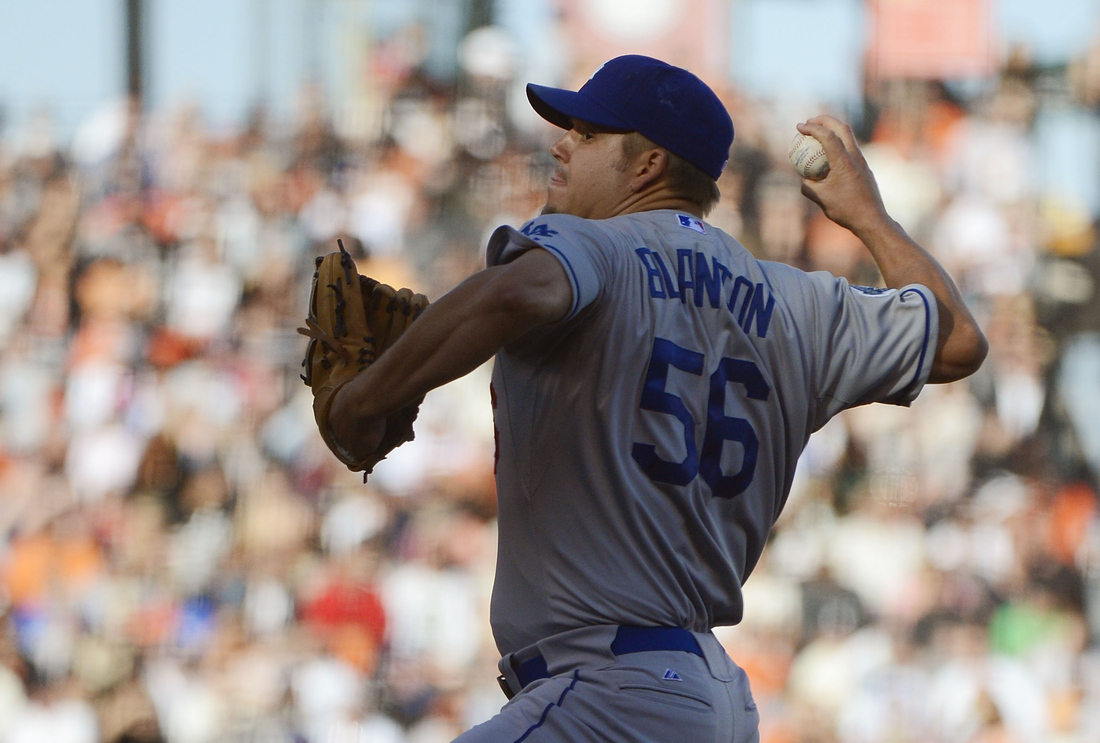 Joe Blanton is another guy that would fit nicely with the Twins. He isn't exactly someone that will put you over the top, but there's one thing that can't be denied. The man eats innings. In 2011 he missed the majority of the season due to his shoulder, but besides 2010 he's pitched at least 190 innings in every season of his big league career.

As I showed above Target Field wasn't a very home run friendly ballpark, and he fits the Twins mold. He did strike out his fair share of batters this season, but kept walks to a minimum. Target Field could help him as well since he has struggled with the long ball.

Blanton could potentially be fairly cheap as well. FanGraphs crowdsourcing sees him getting 2 years-$14 million dollars, which I see as a fair deal. He could potentially replace what Pavano did, and would be a solid back end of the rotation guy. 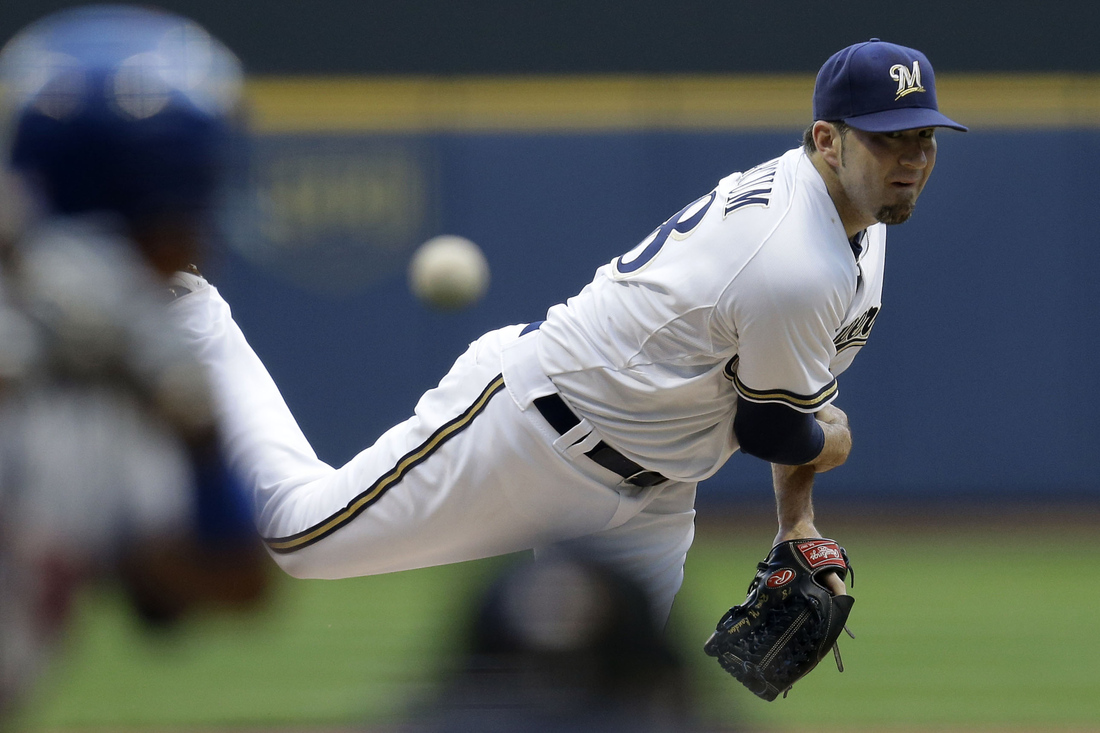 This one is somewhat risky, but in the grand scheme of things so is every free agent pitcher signing. Marcum struggled with elbows problems in 2012. His 4.10 FIP left a little to be desired, but from 2010-2011 he was able to keep his FIP in the 3.73 range. He has a history of injury issues though, so if the Twins were to sign him, I think it'd be highly beneficial to land a guy like Joe Blanton as well.

I think Marcum would be someone that could be signed to a 1 year deal for around $7 to $8 million dollars. I don't think I'd feel comfortable going two years, but that's just me. 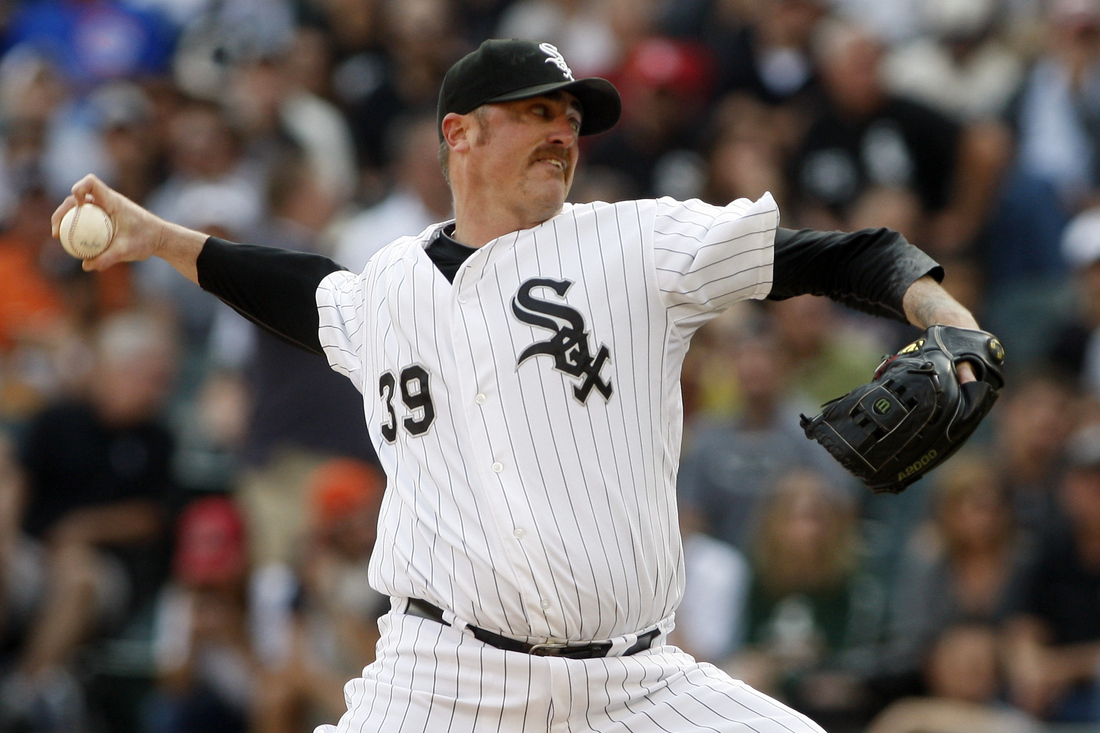 It wasn't long that Brett Myers was an average to above average starting pitcher in the bigs. With the Phillies he had a couple 3+ fWAR seasons, but also had his share of 1.5-2 WAR seasons. Now that isn't bad by any means. His best season was in 2010 while pitching for the Houston Astros. He managed to have a 4.1 fWAR and a 3.56 FIP.

In 2012 he became the teams closer, and left much to be desired. In the summer of 2012 he got shipped to the Chicago White Sox Now he's a free agent, and could be someone that could be converted back into the starting rotation. It'd be interesting how he transitions, since he's been a National League pitcher for the majority of his career, but he's certainly worth the gamble. I'd probably look at something like a 1 year deal for around $5 million.

I believe that i have given five solid options that could make the Twins rotation better as we head into 2013. I think that they need to sign at least three free agent pitchers, and out of these I would probably sign McCarthy, Myers, and Blanton. I love Sanchez, but I just don't know how close the Twins are to being legitimate contenders, and the other three are solid pitchers that would help the Twins move in the positive direction.

That would leave the rotation looking like the following:

I alluded to this before, but Scott Diamond is currently the only starting pitcher who's job should be safe. Kyle Gibson has been rehabbing from Tommy John surgery and should also get time in the rotation, but he'll be on an innings limit. Signing those three would put the club at the top of their budget though, so signing two of those guys might be what ultimately could happen. If they get any at all. As our very own Julian Levine showed, it isn't easy to turn around a ball club though, so patience will be key.