In the eighth installment of Beyond the Box Score's 2012 awards, we offer our picks for the American League's best pitchers.

We've already announced our picks for MLB Executive of the Year, Silver Sluggers (AL, NL), Gold Gloves (AL, NL), and Rookies of the Year (AL, NL). This week, we turn our attention to the Cy Youngs, starting today with the American League. 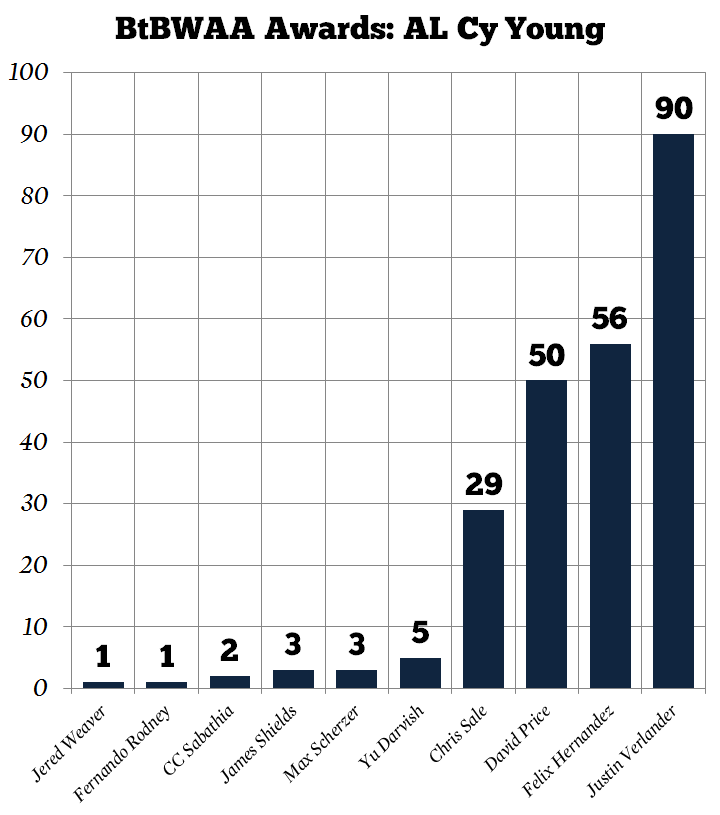 Every major player award we've released so far has been unanimous, and Justin Verlander is keeping the streak alive with 10 first-place votes. Don't worry, devil's advocates—the NL results will be up on Thursday, and that one was quite close.

Felix Hernandez barely edges out David Price for second place—both if them also appeared on every ballot. Chris Sale rounds out the top tier while Yu Darvish, Max Scherzer, James Shields, CC Sabathia, Fernando Rodney, and Jered Weaver all got some support.

Personally, I voted for Verlander, Hernandez, Price, Sale, and Rodney in that order. So I'm pretty happy with the results.