Can Phil Coke sustain his transition from left-handed one-out-guy to successful and dominant closer? Let's look.

Share All sharing options for: Phil Coke: From LOOGY to Ace Reliever

It's the bottom of the 8th inning, Game Two of the American League Championship Series. The Tigers are up one game to none against the Yankees and three runs to nothing after scoring two more runs in the top half of the inning. Jim Leyland, unsurprisingly, calls on his left handed specialist, Phil Coke, due to the two lefties, Ichiro and Cano, that are up next. Coke proceeds to get both left handed hitters out.

I was positive that this was the end of the line for Coke: why take a chance of letting the Yankees back in the game when you have both Octavio Dotel and Joquin Benoit, two established setup men, waiting in the wing? I was wrong. Coke stayed in and ended up getting Teixeira to foul out to the catcher. Fine, Leyland probably left Coke in to start the ninth and face Ibanez and then exit the game in favor of Dotel or Benoit. 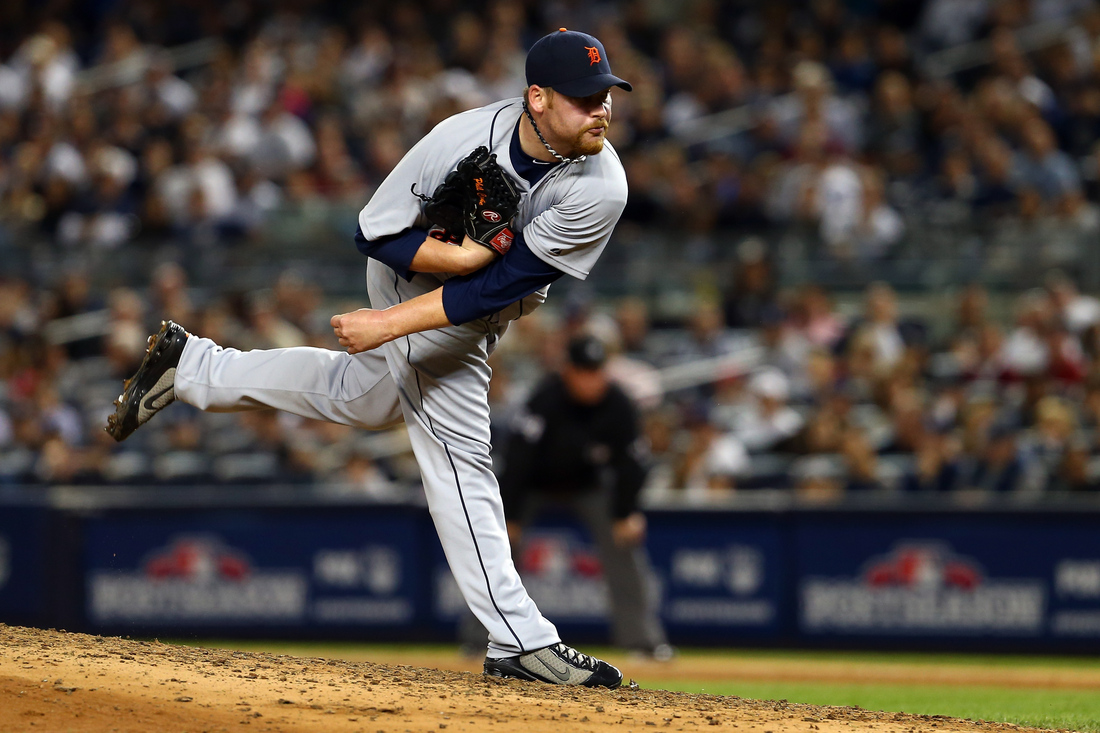 Fast forward to the ninth, Coke gets Ibanez to strike out swinging on four pitches. This has to be the end for Coke with two right handed hitters coming up. Wrong, Leyland leaves his LOOGY out there to face Russell Martin and all I can think about is how Leyland could be so stupid to risk this game by leaving Coke in. Amazingly, Coke strikes out Martin. A-Rod steps up to the plate and Coke quickly gets two strikes on him, every Tigers fan is standing, Comerica Park is shaking, and A-Rod singles to center.

I can't help but think, here we go again, the Yankees are going to string together a few hits, maybe a homer and tie the ballgame. Now Granderson steps in. First pitch, strike one. He takes the second pitch for a ball to even the count. Granderson, still not swinging takes strike two while A-Rod takes second base. Then Granderson whiffs at a curveball low and away for strike three to end the game. 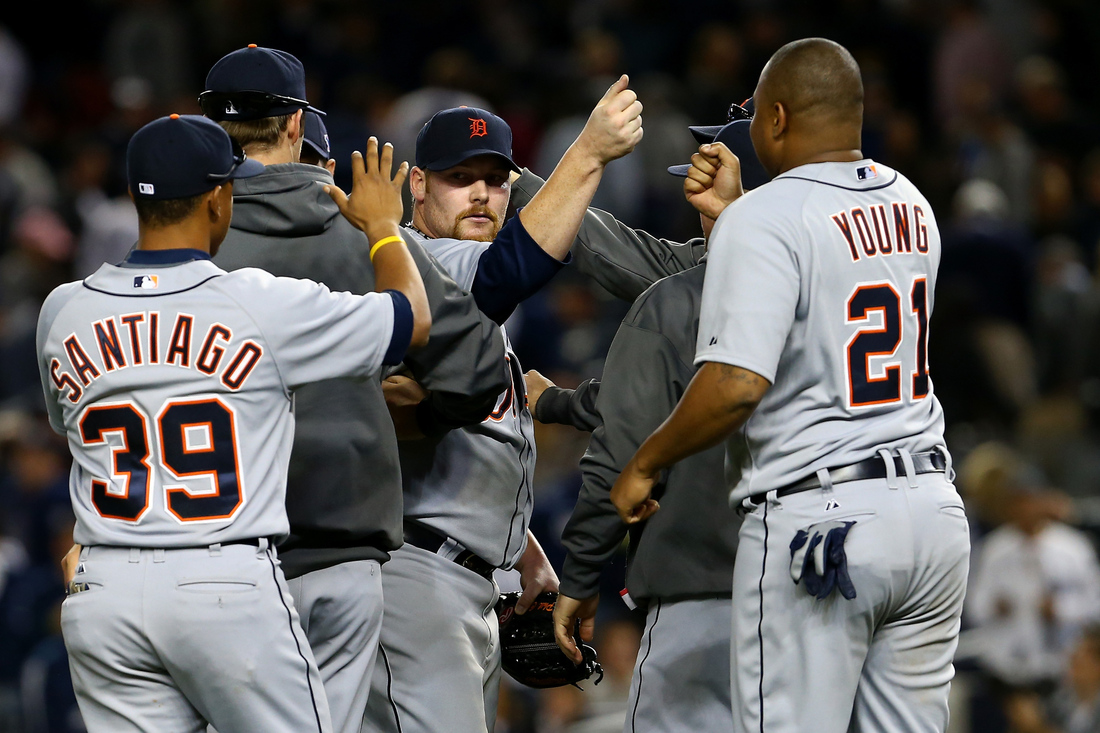 From that point on Phil Coke was basically the Tigers unofficial closer and had an excellent postseason. Jim Leyland trusted his LOOGY and boy did it ever work out. Coke let up one run over his 10.2 innings pitched during the playoffs and registered 13 strikeouts to just two walks.

So what changed and what did Phil Coke do differently when the calender changed from September to October?

The chart displays the differences in the pitch usage, velocity and pitch movement Phil Coke experienced between the regular season to the postseason. Coke's velocity was up during the postseason and his pitches were moving more than usual as well. His curveball usage dropped immensely while he increased the usage of his fastballs.

This was clearly a great move, his curveball's whiff rate increased from its season rate of 17.3% to 31.7% during the playoffs. Not only did the velocity and movement of the pitch improve but Coke's command of the pitch was far superior as well. He'd constantly use his four seam fastball to the right side of the plate (inside to lefties, outside to righties), taking advantage of its natural tailing action. This then set up his curveball to be thrown low and to the other side of the plate.

How can we explain this abrupt change in ability from Coke? Has everything finally clicked for Mr. Coke? Will he continue this dominance into next season? You can't know, the sample size is just too small.

What's clear is Phil Coke made an extremely successful adjustment this past postseason which elevated him from LOOGY status to the status of relief ace. If the increase in velocity and control can be sustained, Coke could be the Tigers closer next season. On the other hand, if the league readjusts to Coke's pitch selection he might just be Phil Coke the LOOGY. 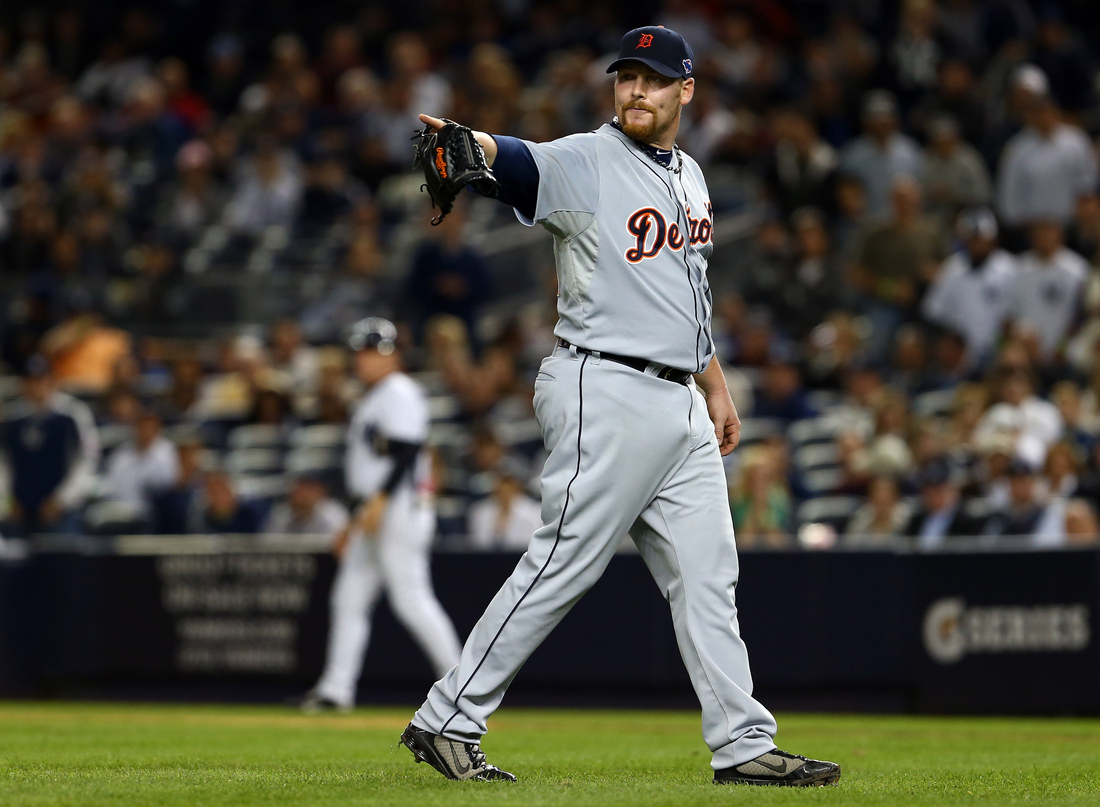