The importance of scouting: Why understanding sabermetrics is knowing its limits

How using sabermetric principles can help you realize that, in practice, scouting serves a great purpose.

Share All sharing options for: The importance of scouting: Why understanding sabermetrics is knowing its limits

For some reason perceptions of a certain concepts tend to be completely off base . Let's say I wanted to compare the sabermetric method to the scouting method in analyzing a specific player. That player, over three games, went 8-12 with three walks, two doubles and a homerun. Some people have conjured up this illusion that scouting is nothing more than witnessing a player hit his basic stat line, which would lead to the conclusion that that specific hitter is very good.

Others seem to think all sabermetrics is about is its fancy formulas. This leads people to believe that its analysis of that player would just be his wOBA over those plate appearances instead of his batting average and RBI total. It just so happens that neither of these breakdowns of the aforementioned methods are close to representing reality.

The correct sabermetric method would obviously lead to the conclusion of too small of a sample size to really know anything about that player. In addition, a more exact depiction of a scouting report would detail that player's mechanics as well as ability to make contact and judge the strike zone.

What this article will attempt to do is define scouting and statistical analysis, what people like to call sabermetrics, in a way which will make it more clear to comprehend the differences in the methods. Once we know how they differ we can then assess when one is more appropriate to be used over the other. 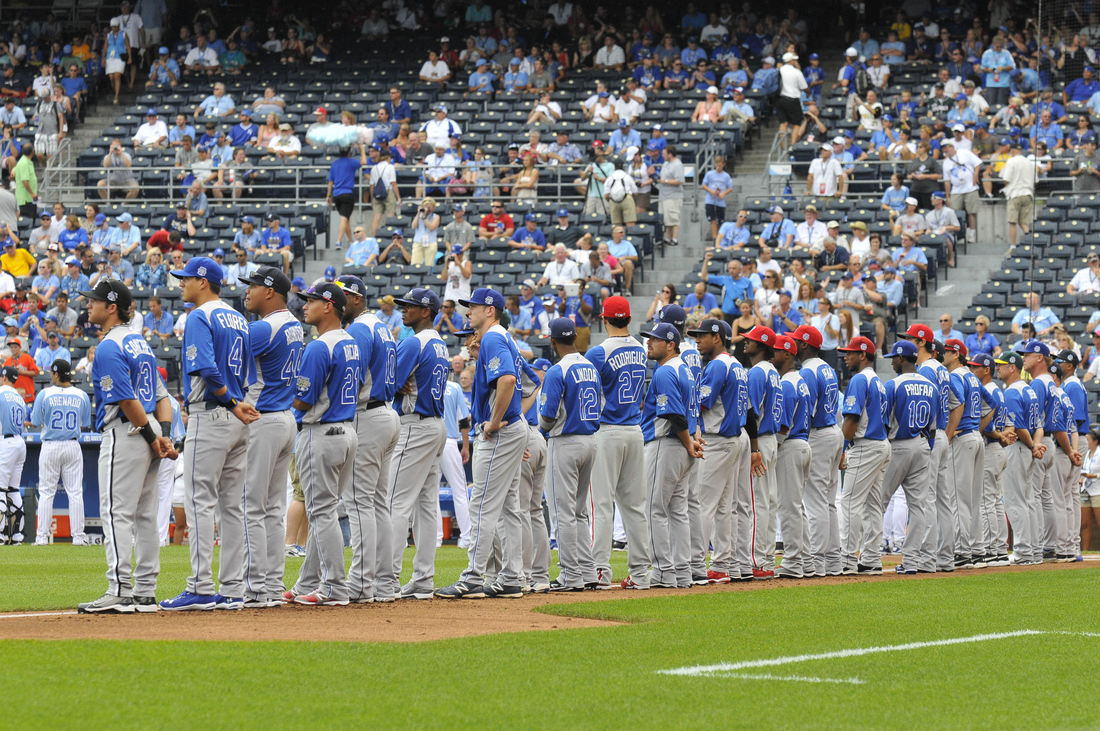 Possibly the main concept of baseball analysis is process over results. This is true for sabermetrics as well as scouting. When attempting to analyze information, one should always look to break the information down from one more complex matters into smaller simpler factors. In scouting, one tends to look at a player's raw strength to try to determine what his power potential might be. So too, when looking at statistics, instead of looking at batting average to understand a player's value, the sabermetric way is to look at a player's BABiP or even his xBABiP.

When evaluating a player there are a few different levels of analysis. There is the aforementioned raw talent level, which is basically some combination of a player's height, weight, speed, strength and most importantly age. Height and weight are what makes up a player's frame. If someone is 19 years old and is 5'11" and 230 lbs, beside the fact that he should probably be a running back, he clearly isn't going to be playing shortstop. The taller a player is relative to his weight, given the right strength and conditioning, that player has the potential to become a lot stronger, hence the term, "he'll grow into his body". While speed and strength are two skills that can generally be improved upon, there are clearly some individuals that are more physically gifted in these two areas than others. What people like to call "naturals."

The next level of analysis in scouting is understanding a player's willingness to improve, or what scouts call, "makeup". Scouts are tasked with talking to each player himself, his coaches, his teachers and his parents in order to gauge that player's work ethic and his ability to learn and succeed. Even if you're the best player in high school, if you feel as if you can compete in the majors today, that will eventually hold you back from making it to the bigs. A player can only go as far as his mental comprehension and his desire to improve let him. If you, as a scout, think a certain player is more talented than another player, but the more talented player isn't sure he wants to play baseball or become an architect than that has to be accounted for.

The evaluation of a player's mechanics is an addition level of analysis. It is the act of verifying if players follow proper technique in fielding, throwing, hitting and running. Does he follow through, does he know how to use his lower half, does he drive off the mound properly are all question scouts are phased with when judging a player's mechanics. A scout has to know and understand the intricacies of biomechanics, which they learn through trial and error, in order to understand which players have the most optimal mechanics. Optimal mechanics have a couple purposes. Not only do proper mechanics limit injury, but also lend themselves to flawlessly executing consistently in the game of baseball. 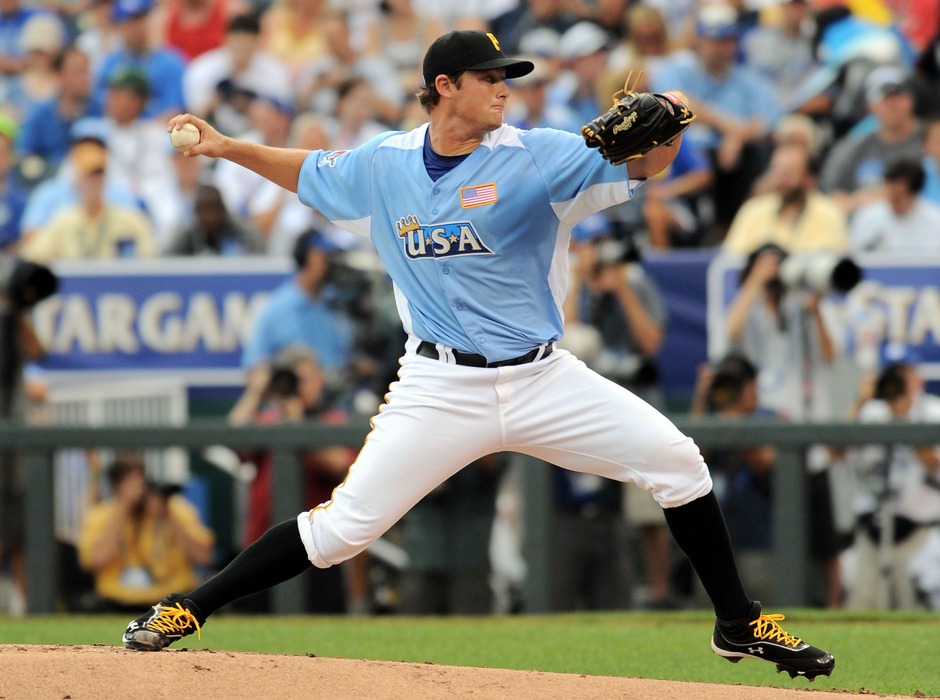 Now that we've delved into the different aspects of scouting, you might ask yourself how these three areas relate to each other. The younger the player, the more emphasis is put on his raw talent and makeup as opposed to his mechanics. The reason for this being because the younger a player is, the easier it is to make mechanical adjustments. So while a 16 year old from Venezuela who has a ton of raw talent, but doesn't know how to properly hit a ball might have a very high grade the same is not true for a 22 year old in AA. Even if a 22 year old is supremely talented, you'll find many scouts who'll seriously doubt him if he isn't mechanically sound. You can never bank on that player properly redefining himself mechanically because of a certain level of familiarity with his current mechanics

Which pretty much leads up to the difference between tools and skills. The younger you are the less skillful you are, as you mature and get used to playing baseball day in and day out, your tools develop into skills. Tools, work ethic and astuteness lend to your projectability. While having great tools might keep you around the periphery of major league baseball for quite some time, skills are the name of the game.

Some baseball skills are throwing accuracy as opposed to just arm strength, base running as opposed to pure speed, and plate discipline. While tools cannot accurately be measured statistically through the game of baseball, skills can be quantified most of the time. Once a player gets to the major league level, his raw talent has almost completely translated itself into specific skills that turn up on the baseball field and can therefore be detected and quantified.

The older the player gets, the more his raw ability manifests itself through different baseball skills. Therefore the younger a player is, the less valuable his statistics are. He is so far away, physically and mentally, from who he will become that it's impossible to glean much projectable information from his play. Skill is a two way street, because it manifests itself on the field it can be recorded and quantified and therefore used to determine a player's skill.

Sabermetrics, is all about collecting relevant data and analyzing it, weeding out the predictive numbers from their non-predictive brethren. If there isn't enough data or if the data isn't predictive, then there isn't really any further statistical analysis needed. Therefore, the younger the player the more meaningless his statistics are. This happens to be because he's far from his true talent level. In other words, while scouting can technically take place off of a baseball field, statistical analysis is all about a player's ability to play the game right now, so the less baseball ability, as opposed to raw talent, a player has the less meaningful his stats will be. 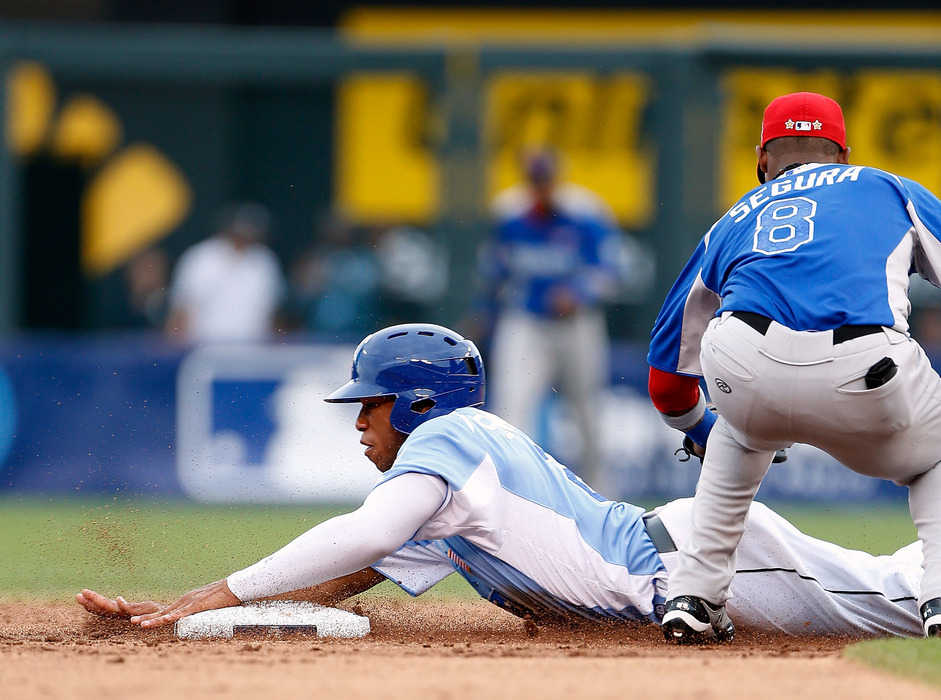 I am a firm believer in sabermetrics and its goal as stated by Bill James, "the search for objective knowledge about baseball". Anyone that does not strive toward objective knowledge in most areas, is going to eventually lose out to those who are. The issue I personally have with Bill James' statement is that it's too theoretical, though it does have some practical ramifications. If I had to specify what I consider sabermetrics to be it would be something like, "the quantification of everything that transpires on the baseball field."

So while scouting is definitely important at the major league level, it should take a backseat to advanced statistics most of the time when dealing with hitting. Though, I do want to add, in specific cases where players show signs of not following typical patterns as determined by statistical analysis, scouting and more specifically a mechanical breakdown of those players tend to help.

Fielding is a little problem that actually might have more in common with amateur analysis than with analyzing major league pitchers and hitters. Because fielding data is barely predictive, there really is no good way of evaluating a fielder using advanced metrics. Hopefully with the advancements in the technology of FIELDf/x this will one day be possible, but in the interim it really isn't a great option. Discussing why fielding statistics aren't predictive is probably a topic best left for another time.

When in comes to analyzing amateurs, especially internationally, scouting should be leaned on heavily. Throughout the minor leagues statistics become more and more reliable, but scouting is always at least equally as important if not more important than statistics. Perspective is also extremely important when analyzing a player. In other words, if a player is 20 years old, extremely talented and has a poor season playing in AA, he should still probably be valued higher that a 24 year old in AA who had a great season, but is limited tools wise.

Personally, I find the longer someone has been involved in sabermetrics, the more interested that person is in understanding scouting. Even with all the more recent advances in sabermetrics, like PITCHf/x and HITf/x, it still seems like something is clearly missing from the puzzle that is player evaluation especially in terms of amateurs. 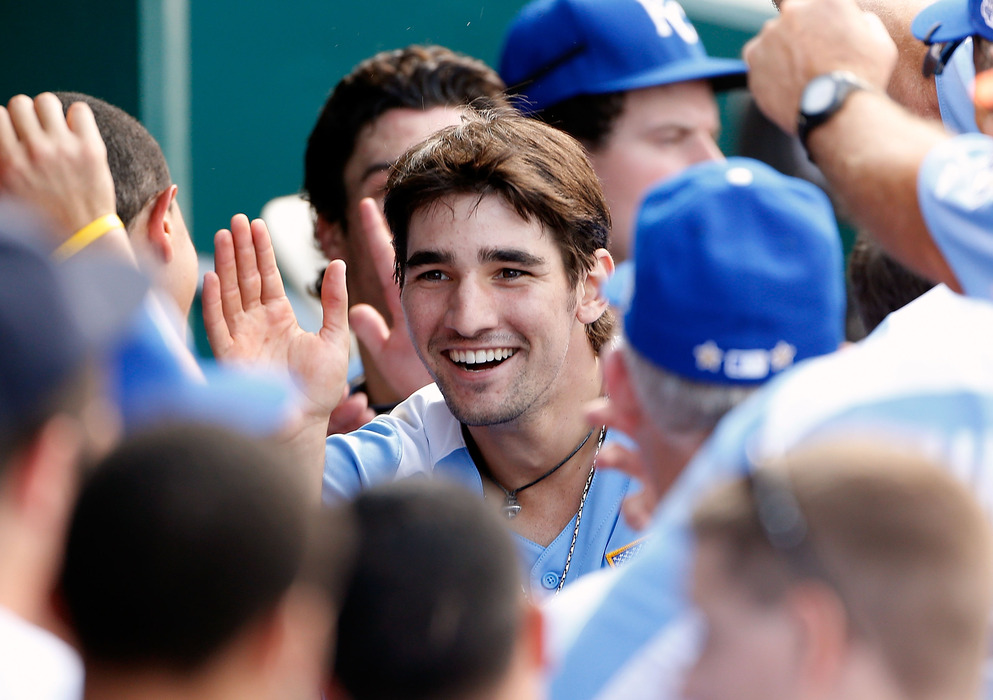