Swinging big and trading off strikeouts for power dates back as far as Babe Ruth, but not everyone who whiffs a lot generates enough power to offset the strikeouts. Let's look at the worst performers from 2012 in striking out without the power.

I swing big, with everything I've got. I hit big or I miss big. I like to live as big as I can. - Babe Ruth

The "Dead Ball Era" that stretched two decades at the start of the twentieth century came to a crashing end in 1919, when one George Herman "Babe" Ruth swatted a then-league record 29 home runs. The Babe followed up this accomplishment by obliterating his own record in the following year, ripping 54 home runs. He outdid himself again in 1921, with 59 homers. Unimaginable in today's game, in each of these seasons Ruth hit easily more than two times the number of home runs as his closest competitor. His plate approach helped to usher in a new type of hitter, one that is willing to sacrifice strikeouts for the added benefit of extra base hits when contact is made. Enough with the Baltimore Chop, let's hit that baseball!

Babe Ruth was of course one of the best players, if not the best player to ever have played this game. Countless kids would have grown up pretending to be the Babe while playing pickup baseball at the park down the street with friends. The strikeout has become more and more popular in Major League Baseball, and more hitters seem comfortable with walking back to the bench with bat in hand knowing that the next time up, should they make contact, they will likely be hitting it harder and further than if they took a more measured approach. The philosophy of The Babe is alive and well in today's game.

Never let the fear of striking out get in your way. - Babe Ruth

The problem, of course, is that there is only one Babe Ruth. While in many cases, players are able to fashion successful batting careers using the strikeout-for-power trade-off, every year there are those who rack up the strikeouts but do not deliver the power.

As Ruth struck out at a rate 30% or more above the league average, let's all consider those players who struck out with that same frequency in 2012. Of those players, we can then determine which rated as the least powerful hitters. The metric that will be used for this investigation will be extra bases per strikeout, or XB/SO. The higher the ratio, the more power the player showed to offset each strikeout. The lower the ratio, the worse the philosophy of The Babe is being executed.

Here, in super-climactic descending order, is the list of the players who made at least 200 plate appearances in 2012, who struck out at sky-high rates but provided the least amount of offsetting power: 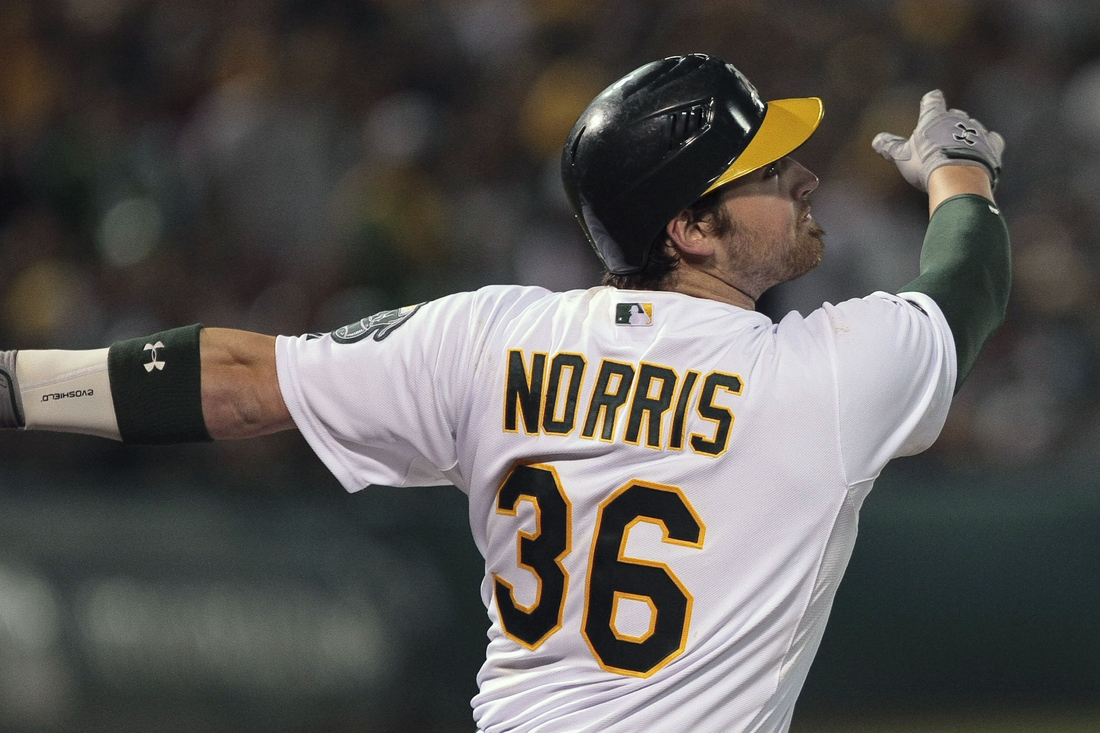 The rookie backstop has had some high strikeout seasons in the minors, but has also balanced those with very high walk rates. Both his K% and BB% fell dramatically in AAA in the first half of the season, but unfortunately for Norris his low BB% carried over to the big while major league pitchers blew up his K% again. Breaking in as a catcher means all the added burden of learning play calling at the highest level, so often hitting takes a backseat. There is certainly potential for improvement here as he matures in the majors. 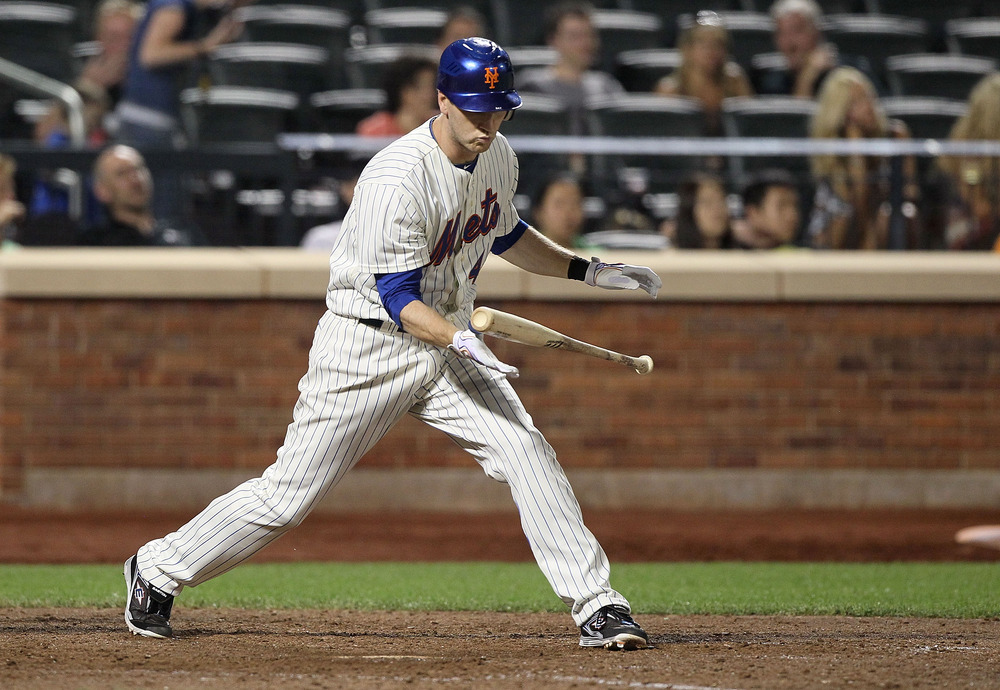 Jason Bay's story is no secret to anyone, in particular New York Mets fans. Bay has managed to crack only 26 home runs in a Mets uniform three seasons, less than his single-season total in Boston the year before signing his mega-contract in New York. Things have fallen to the point where a defensive-specialist-utility-infielder surpassed Bay in isolated power in 2012. Bay is obviously going the wrong way at this stage of his career. 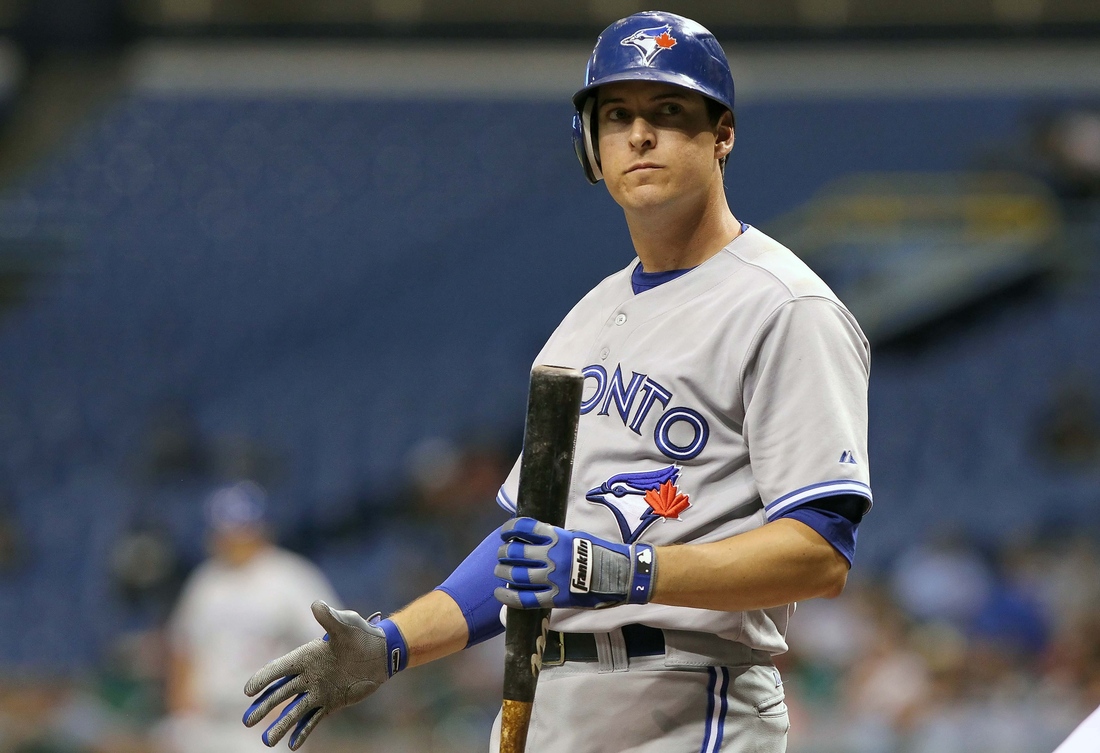 The Blue Jays' second baseman had a lot of swing-and-miss in his game this season, and after a hot start cooled off to the point where he makes a list such as this one. To make matters worse, the player he was traded for toward the end of 2011, Aaron Hill, who happens to play the same position as him, had a career best .220 ISO in 2012 while striking out less at less than half the rate of Johnson. Ouch. 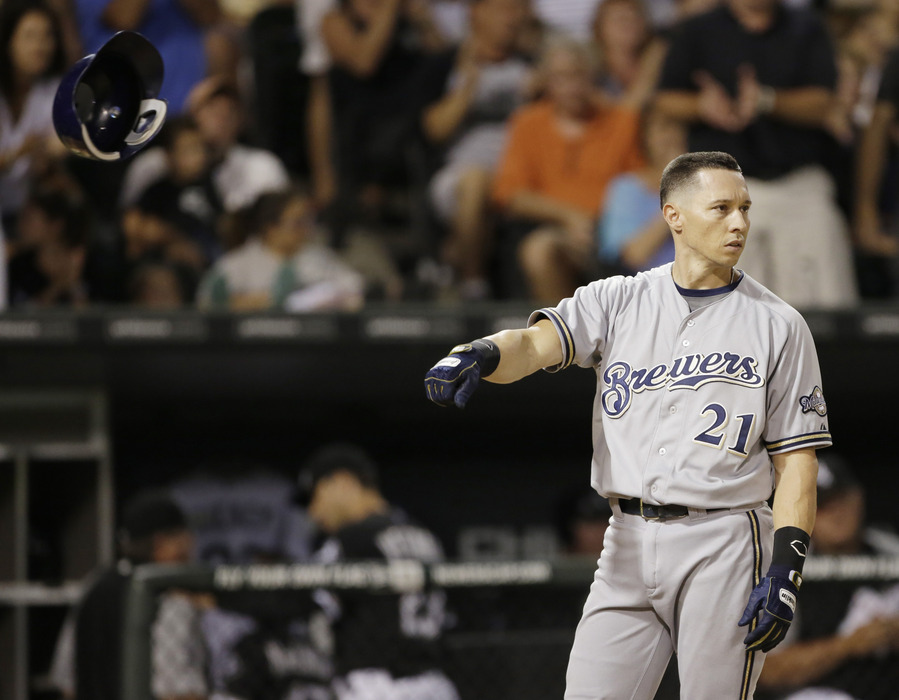 Cody Ransom had not only the highest K% on this list, but the highest K% in the league in 2012 (among hitters with 200 or more plate appearances). Ransom had an unusual season, starting the year in Arizona before being claimed off waivers by Milwaukee near the end of May. He then was claimed back by Arizona off waivers on the last day of August. Ransom set a career best by making 282 plate appearances, but with this sort of performance, and by being already 37 by the time Spring Training 2013 rolls around, one wonders about his future. 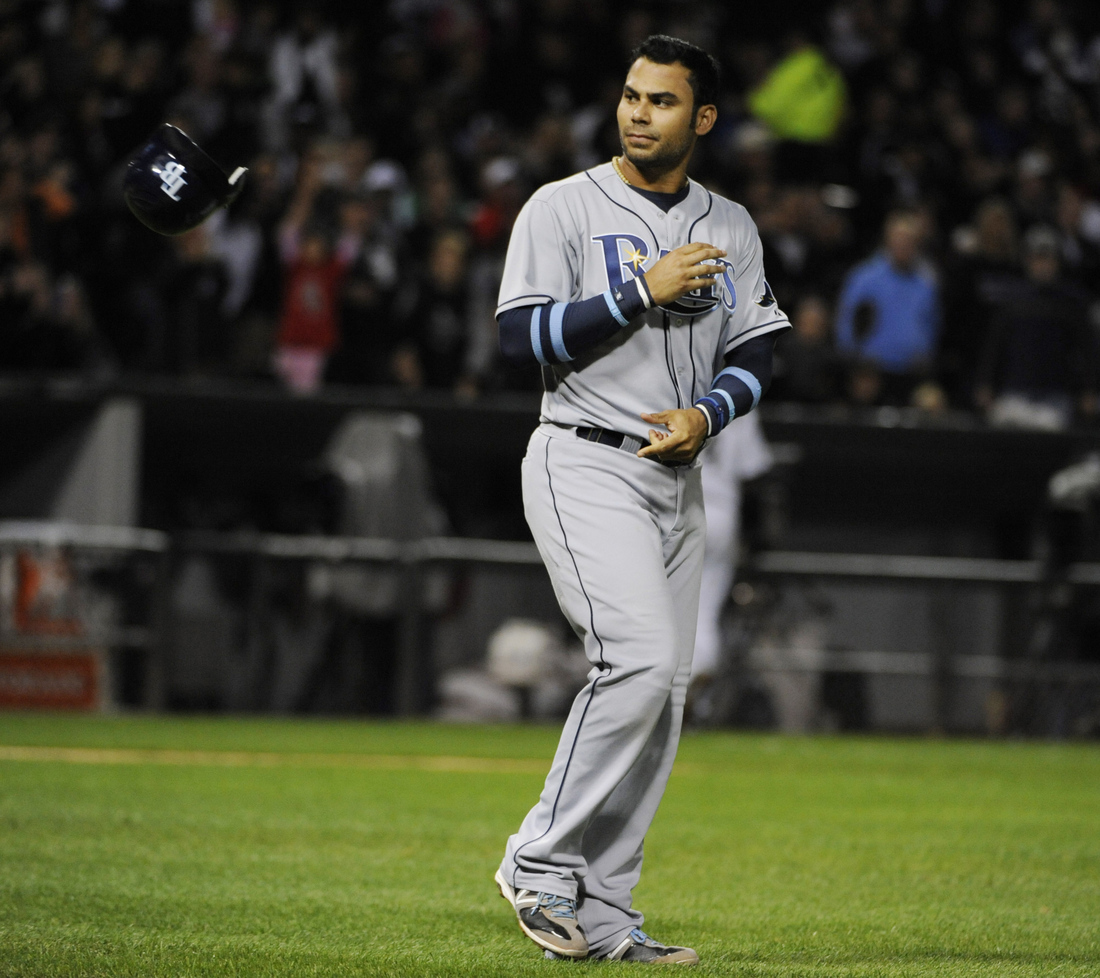 One of the more recognizable names to make this list, Pena regressed again in 2012, hitting less than 20 home runs for the first time since 2006. His walk rate was still a strong suit, but his average once again dipped below The Mendoza Line, leading to a wRC+ below the league average for the first time in his career. Pena saw the leadoff hitter for the Oakland Athletics oust him in isolated power. At 34 years of age, Pena has likely also entered the final stages of his productive playing days. 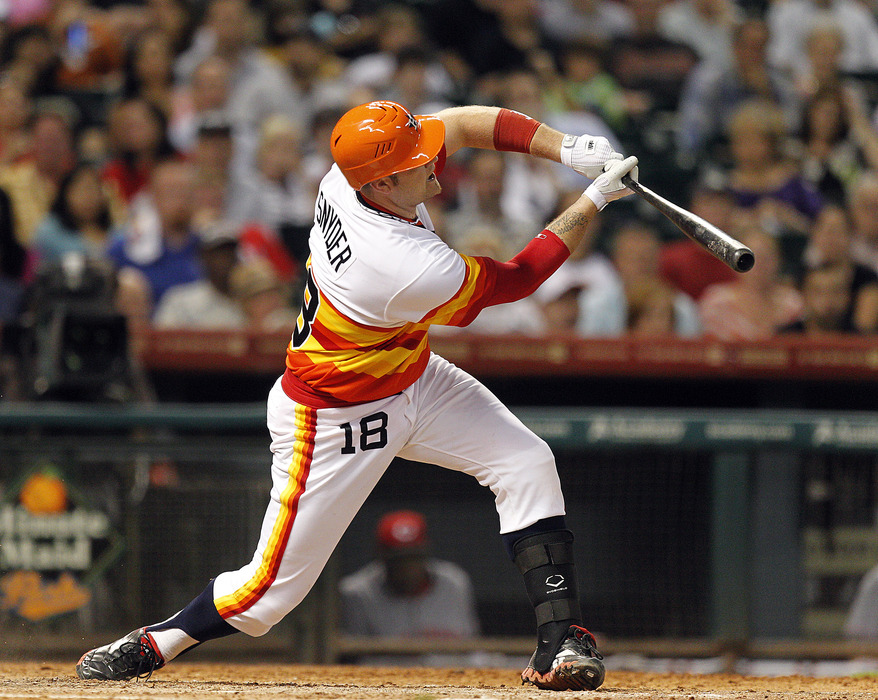 Not surprisingly, no "worst of" list from 2012 would be complete without a mention of the Houston Astros. Snyder's first season in his hometown was a disaster, as he posted a career-high K% while hitting only .176. His once promising power, exemplified by his 2008 ISO of .216, has all but disappeared. Snyder is likely to hit the free agency market this offseason, so it remains to be seen where he will play in 2013. 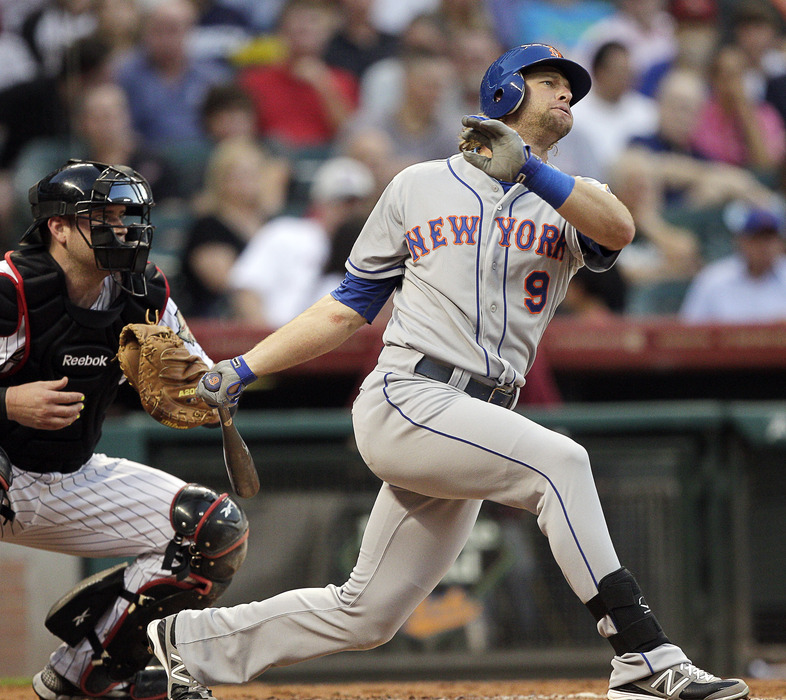 As the second Met to make the list, Nieuwenhuis was likely rushed to the big leagues too soon to start the 2012 season, as he struck out in more than 30% of his plate appearances. Unfortunately for Mets fans, his K% has increased at each successive level of baseball that he has played, so there is not much support for a lower K% in coming seasons. The most likely successful turnaround in the case of Nieuwenhuis would be for his power as displayed by a strong .211 AAA ISO from 2011 to return to form. 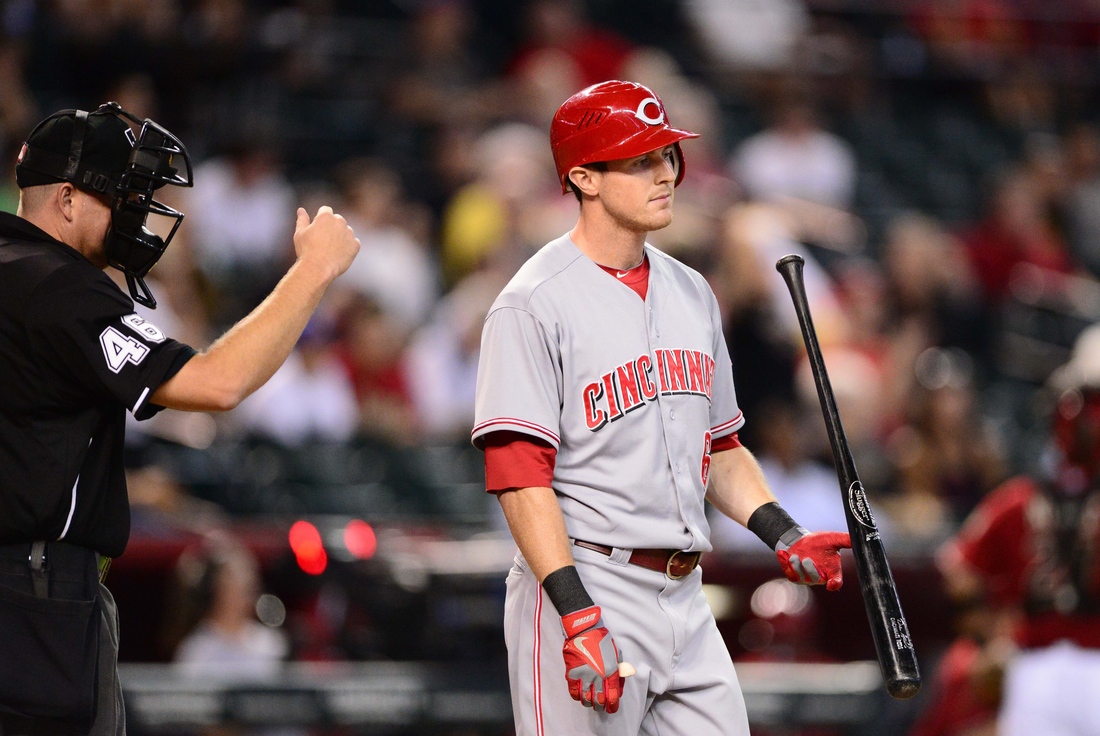 Drew Stubbs teased the Reds fan base with an impressive combination of speed and power in his first full season at the major league level in 2010, hitting 22 home runs along with a .189 ISO while stealing 30 bases. While the speed tool in his game has kept up its half of the bargain in the last two seasons, the power has fallen off a cliff, down to a pedestrian .120 ISO in 2012. Luis Valbuena, with just 4 home runs this season, produced more power than Stubbs. It would appear he would be a good candidate to revisit his approach at the plate, and consider making adjustments to make more use of his skills that are playing consistently at the big league level. 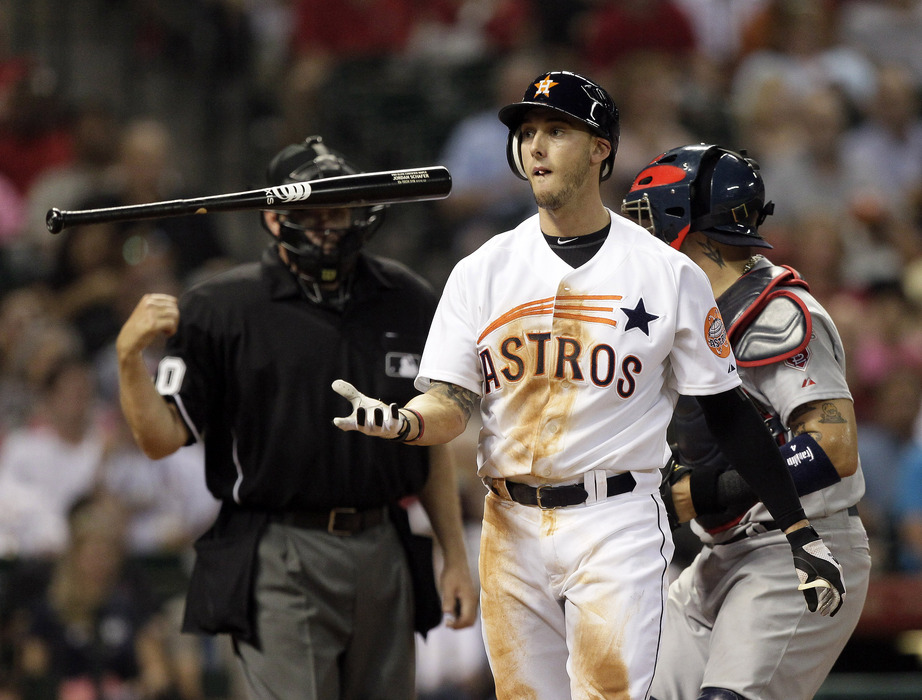 Never expected to hit for much power, Schafer actually set a career-high in home runs with four this season, but managed this at the expense of a radically higher K%. It is a pretty good sign that your power is absent when a guy that has not hit a home run in over 1000 plate appearances is looking down on the ISO leaderboard to find your name. When this is the case, striking out in close to 30% of your plate appearances just will not cut it. 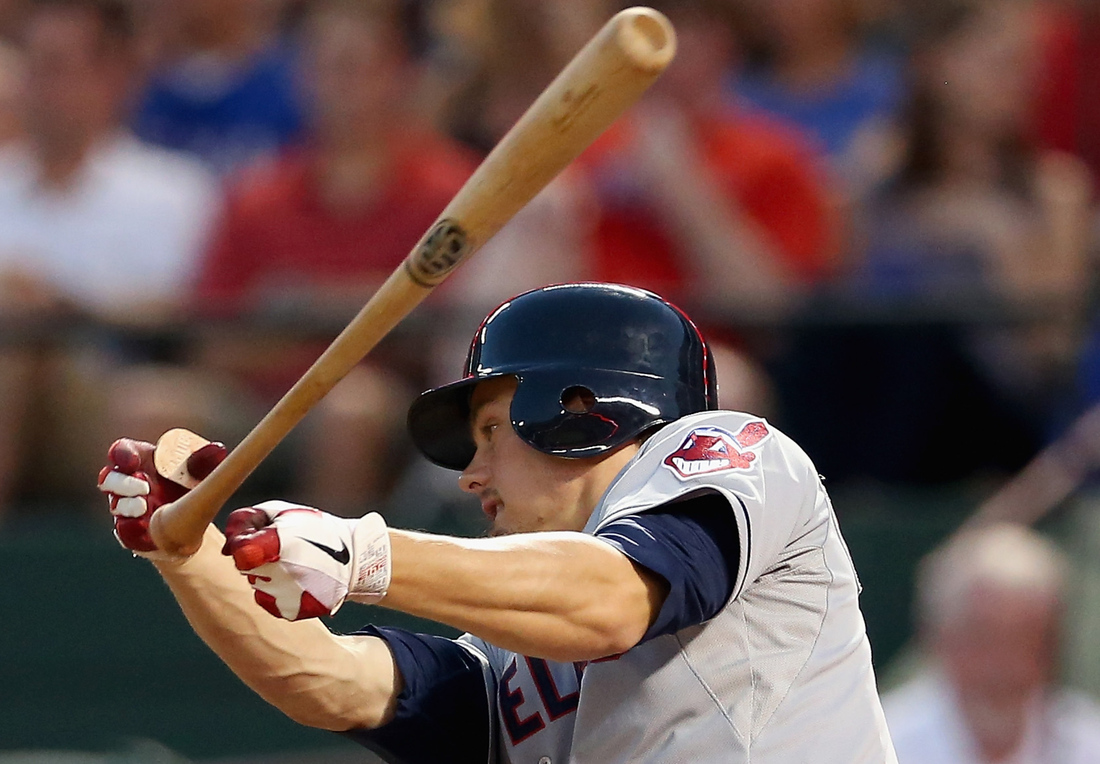 When someone gets traded frequently, you can ask the question: Is it because everyone wants me? Or nobody wants me? In the case of Brent Lillibridge in 2012, it would seem the latter to be true. He struck out at nearly the same rate as once-teammate Adam Dunn, yet swatted only 3 home runs and put up a sub-.100 ISO. His defensive flexibility and speed provide some reason for a team to continue to employ Lillibridge, but at this point it would be best to keep all bats away from his hands. Just don't tell his biggest fan that I said that.

We have now uncovered the players that were least effective at employing The Babe's plate philosophy this past season. Is there reason to make changes at this point in their baseball careers in an attempt to correct their high strikeout ways? For some, their inclusion on this list comes toward the end of their careers, at points where there is no likelihood of making wholesale changes to their approaches. For others, just entering the league, will they make adjustments? Should they make adjustments? None of them have the talent of Babe Ruth, clearly, and are failing in following his big swing philosophy. Perhaps they just need to listen to some other words of wisdom from Ruth, instead:

If I'd just tried for them dinky singles I could've batted around six hundred! - Babe Ruth

Credit and thanks to Fangraphs and Baseball Reference for data upon which this analysis is based.