Will Heath Bell rediscover his mojo in Arizona?

There's been plenty of vitriol sent in Arizona's direction after the D'backs' controversial decision to take on the majority of struggling reliever Heath Bell's contract. Why would they do such a thing? Is there any way Bell can justify the move?

Share All sharing options for: Will Heath Bell rediscover his mojo in Arizona?

When the news of yesterday’s surprise three-team trade between the Athletics, Diamondbacks, and Marlins broke, the consensus insta-reaction was that the A’s got the best end of the deal — acquiring legitimate starting center fielder Chris Young for struggling infielder Cliff Pennington and borderline non-prospect Yordy Cabrera — and that Miami also did a nice job ridding themselves of reliever Heath Bell and $13 million of the $21 million left on his contract over the next two years.

That, of course, leaves Arizona’s side as the difficult one to justify. They shipped out Young and his $8.5M salary (and $11M option/$1.5M buyout for 2014) for Pennington and Cabrera, which could be seen as a salary dump, but then they turned around and flipped Cabrera to Miami for Bell and the $13M due to him.

Chris Young has been worth 7.4 fWAR over the last two years, in spite of playing a mere 101 games in 2012. Over the same time period, Pennington has been worth a mere 2.8 (playing in 16 more games than Young over the time period), and Bell just 1.0. Over the next two seasons, Arizona will spend $13M on Bell and probably another couple million on the arbitration-eligible Pennington, while the A’s will either spend $10M on Young over one year or $19.5M over two years. Actually, it’s even more slanted than that, because the A’s got $500,000 from Arizona in the trade.

So there’s the root of the issue for Arizona here. The two players they received combine to add about half the wins as the player they gave up, they spread that meager production over two roster spots instead of one, they didn’t get younger, they didn’t get any upside (I think it’s fair to say Chris Young, while being a few months older than Cliff Pennington, has more room to improve than Pennington does), and they didn’t even save money, taking on more guaranteed commitments and at best saving a couple million dollars if you assume Young’s option would be exercised.

Bad news, isn’t it? And yet, a major league front office chose to do this. And as much as we can dehumanize front office execs from the comfort of our couches, the people who make decisions like this are human beings — human beings appointed to run the complex operation that is an MLB franchise, at that. And human beings, especially those entrusted with such power, generally don’t make decisions without having a train of thought that backs that decision up.

So what is that train of thought, here? It certainly can’t have too much to do with Pennington, who for three years running has ranged from acceptable to unacceptable offensively and from below-average to quite good defensively. There are worse major leaguers, and worse major league starters, and I’d sooner turn to Pennington than the Yuniesky Betancourts of the world, but he’s certainly not somebody a team should be looking to as a long-term answer at any position, especially as he comes off his worst career season and starts to see his salary escalate. 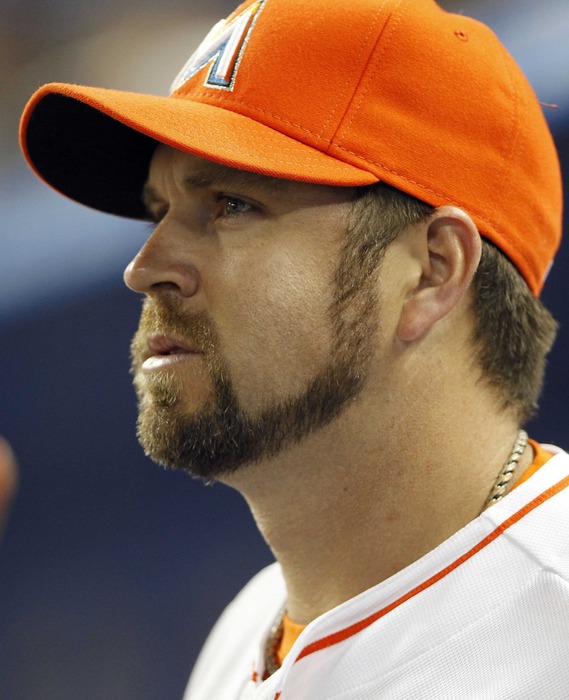 No, the obvious focus has to turn to Bell — the bulk of the money taken on by Arizona is going to him, after all. It seems particularly surprising that a team run by Kevin Towers, a bullpen-building expert if there ever was one, would seem to commit such a classic relief blunder. Committing $13M over two years to a pitcher who hasn’t really been effective in two years, and who is already 35, certainly seems like something a big-market team with backward management would do, not a club like Arizona that tends to be resourceful and has personnel that fit that reputation.

If Arizona’s side of the deal is to work, then Bell has to at least justify that $13M — effectively, he needs to put up around 2.5 WAR over the next two seasons. It’s a tall task to count on a full win above replacement in a season from all but the best, most consistent relievers, but Bell has actually posted three seasons of two wins above replacement on better in his career: 2007 (2.4), 2009 (2.0), and 2010 (2.4).

If Bell has another 2009-10 run in him for 2013-14, Pennington doesn’t fall off the face of the earth any more than he already has, and Young doesn’t suddenly metamorphose into a superstar, Arizona ultimately comes out just fine in this trade, getting about the same WAR production for the same price, but trading from a stockpiled outfield (.335 wOBA, ninth in MLB) to help out a weak shortstop spot (1.5 WAR, 27th in MLB) and fortifying a strong bullpen.

So there’s the logic. Just because it’s logic doesn’t mean it’s not stupid — it probably is, in fact. And if I was an Arizona fan, I would not be happy about this.

But let’s suspend our ire and disbelief and examine what’s going on with Heath Bell. Before we can evaluate if he can get back to excelling on the mound, we have to figure out what went wrong in the first place. 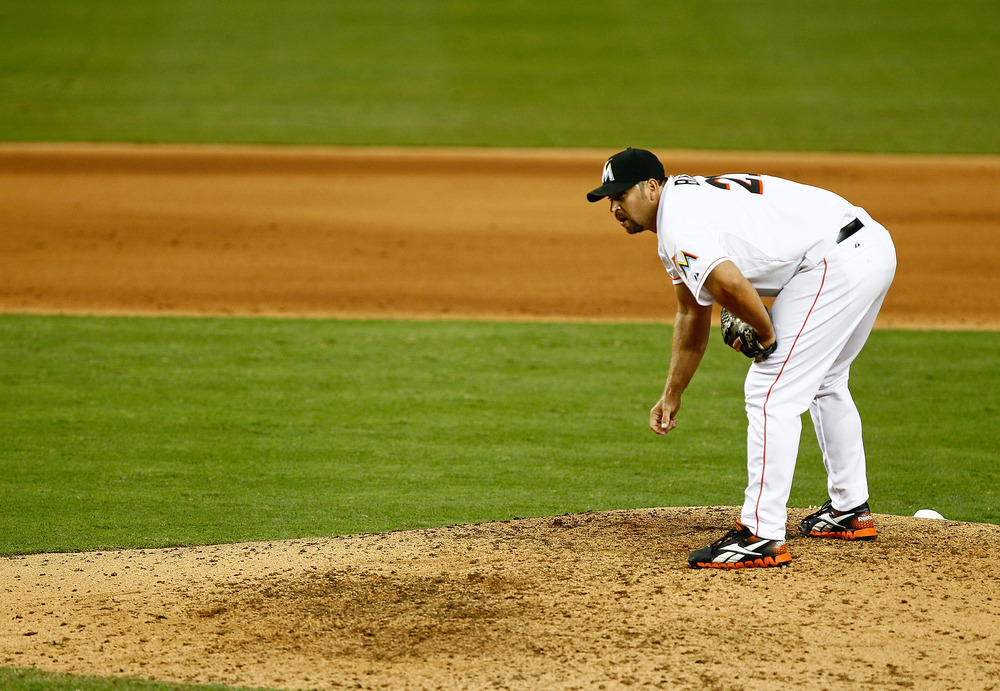 What that immediately exposes is that two of the most likely culprits for a sudden downturn — velocity loss and usage change — are pretty much out the window with Bell. Last year, he averaged 93.6 mph on his fastball and 82.0 on his curve — in 2009, when he put up 2 WAR, his fastball was 93.6 and the curve 81.4.

The curve that Bell threw the last two years was not only half a mile harder, on average, than the one of 2009-10, it also had nearly an extra inch of vertical break and about an inch less of horizontal break. Those are really fairly inconsequential differences, but if anything, it takes the pitch definitively out of "slurve" territory, which is usually a good thing in the scouting world. Again, though, the pitch declined in effectiveness, losing not only called strikes (18.7% to 14.6%) and swinging strikes (13.6% to 10.1%), but strikes overall (58.5% to 53.3%).

There are positives and negatives here. On one hand, Bell still basically has the stuff that made him one of the game’s best relief pitchers — if anything, his stuff is ever-so-slightly better now than it was then. That alone makes one excited about his rebound potential, right?

Then again, I have utterly failed to answer the question "What is wrong with Heath Bell?" All the analysis I just did basically comes to two conclusions. The first can be not-so-eloquently summed up as follows: "If we look beneath the poor numbers, we find numbers that lead to poor numbers." The second is "It’s not a stuff issue." 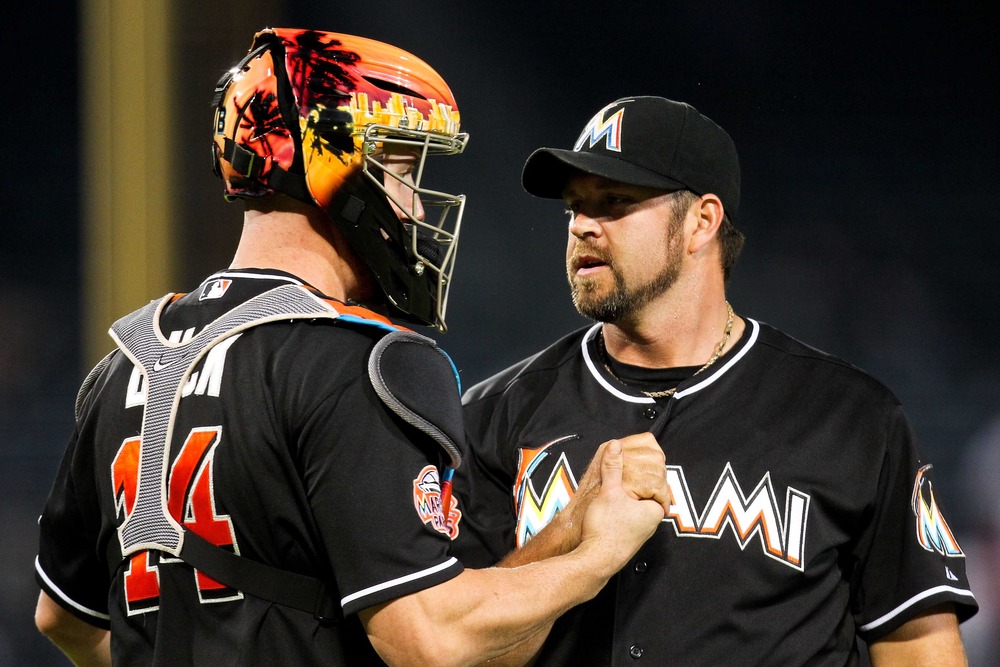 Let’s try some other angles. How about mechanics? Compare this video of Bell closing out a game in 2010 to this one in 2012. See any major differences? I don’t. You could note that his landing in the second video seems a bit less secure, which could lead to control issues, but three pitches is quite the small sample to draw conclusions from. His release point is the same, and Bell’s quirky, straight-up-and-down legkick remains intact, so he should be roughly as deceptive as ever.

What about location? Let’s compare:

Anyone dare to draw conclusions from this? It seems like Bell’s fastball tended to miss off the plate more in 2009-10, he might work down in the zone slightly more of late…and that’s it. Certainly nothing that would seem to explain the precipitous drop in Bell’s effectiveness. If I had taken the dates off these charts, would you have thought they would lead to pronounced differences in performance? Would you have been able to identify which matched with which time period of Bell’s career?

So it seems that Arizona’s logic is this: Kevin Towers knows Heath Bell. He fished him out of the Mets organization and brought him to San Diego years ago. And he looks at Bell today and sees the same pitcher that did so well for his ballclub back then — same build, same delivery, same stuff, same approach to pitching. That pitcher was worth (per FanGraphs) $22.7M in the three years he pitched for a Towers-run organization (2007-09), and Towers thinks he can get back to that $7.5M/year form. In fact, he thinks Bell is in that form. For one, his ERA should snap back by over a run just to get back to his FIP/xFIP. Beyond that, though, there’s no clear reason why Bell can’t be as effective as he was in his heyday.

The lack of an explanation for Bell’s issues appears at least as troubling as it is heartening, but given that Towers has personal experience with him, it’s understandable why he leans toward the optimistic viewpoint on the portly righthander.

And hey, maybe he’s right. When Tampa Bay brought in a similarly large and disgraced righthanded fireballer last offseason, most fans raised their eyebrows at such a "savvy" organization bringing in and overpaying an unreliable veteran. A year later, Fernando Rodney was the AL Comeback Player of the Year. It happens. Baseball careers are unbelievably unpredictable, and that’s why sabermetrics are so vital in the sport — no matter how much you know, many players will shock you every year. And relief seasons, in particular, can swing positively or negatively based on a few bounces in a few outings.

It’ll be interesting to see if a return to the NL West, albeit in a much harsher ballpark environment, will help Bell’s pitches start finding the strike zone without finding bats as well. Thus far, his downturn is just slight enough (he was still well above replacement level in both 2011 and 2012) and just small-sample enough (62 2/3 IP in 2011, 63 2/3 in 2012) that one can plausibly chalk up a plurality of his struggles to the luck dragon.

Is it still a bad move? More likely than not. Perhaps the idea of shipping out a C-grade prospect for Bell has some merit upon this reexamination, but the whole three-team move still appears less than thrilling through even the rosiest lenses. A return to form from Bell, though, would give the Diamondbacks an elite corps of righthanded relievers, with David Hernandez, J.J. Putz, Brad Ziegler, and Bryan Shaw already in tow. If Pennington indeed upgrades the shortstop position and they can still cobble together one of baseball’s better outfields in spite of Young’s departure, perhaps they’ll ultimately be able to cope with what seems to be a less than desirable roster rearrangement. 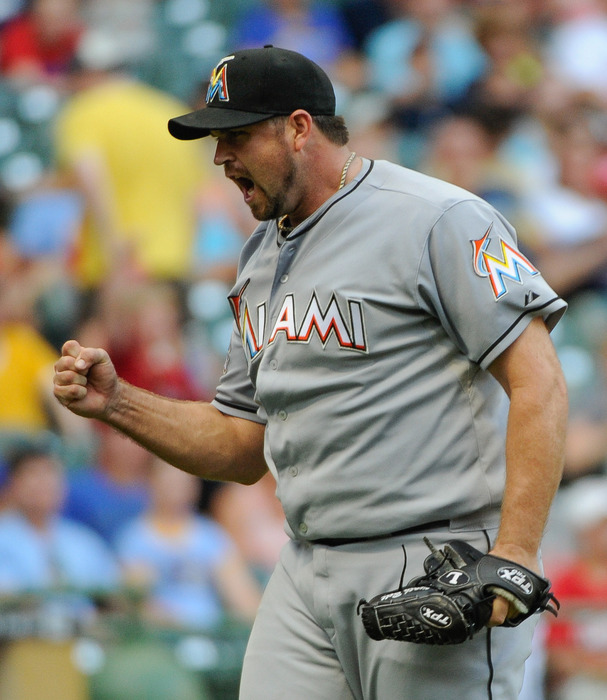 Nathaniel Stoltz is a contributor to Beyond the Boxscore and Big Leagues Monthly. He can be followed on Twitter at @stoltz_baseball.