Nearly everybody has a favorite sports video game. What's yours?

Face it, for most kids from the 90's and 00's, video games were a constant presence. And chances are, if you were into sports, you were also into sports video games.

For me, the first sports video game I really, really obsessed over was the classic NHL '94 (which I had for the Sega Genesis). I was never a big Genesis kid growing up, but living in New Jersey, I caught Devils fever after going to a game or two, and the video game just reeled me in.

NHL '94 had everything you look for in a sports video game, a robust season, the ability to adjust rosters and, best of all, serious replayability. Sure, you could spam one-timers to crush your opposition, and see if you could rack up a dozen goals against the Hartford Whalers, but my trick of choice was taking a speedy wing and curling them back around the goal, before dumping the puck into the corner of the net.

While my favorite player was Devils wing Stephane Richer (classic!), I couldn't help but adopt the Buffalo Sabres and lightning-fast winger Alexander Mogilny for play against my friends. The front line pair of Pat LaFontaine and Mogilny was absolutely devastating! (Plus, that team had a benchwarming Dominik Hasek! He was only a 53!) 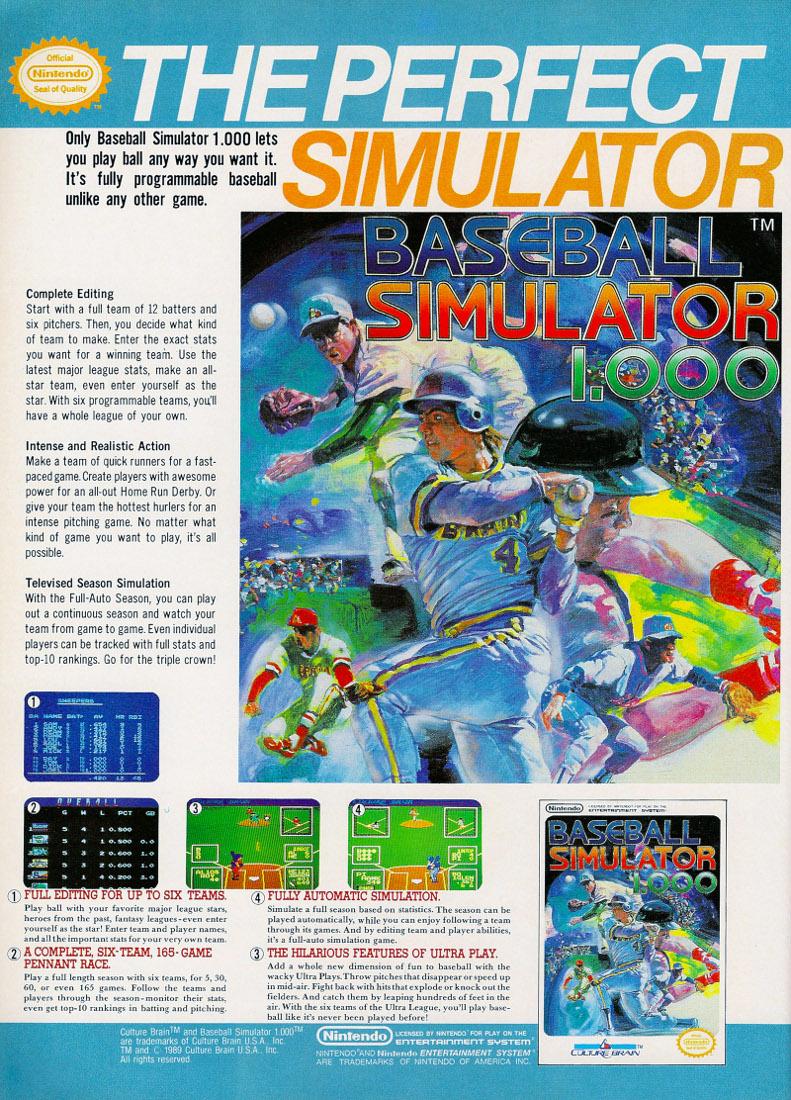 A couple other favorite games were the original and Super versions of Baseball Simulator 1.000. SBS1K allowed you to give your players special abilities like laser line-drives that carried players back into the wall when they got in front of them, or pitches that floated like leaves to the batter. Also, I was a sucker for one of my first SNES games: Bill Laimbeer's Combat Basketball. That game wasn't actually any good, but it was weird enough (and replayed enough) to stick in my head for ages.

So what's been your favorite sports video game? Let us know in the comments below!

Welcome to the Beyond the Box Score Community Group. This article and others like it are expressly off-topic in our continuing effort to get to know each other, and to get to know you. This is purely for fun, and if you don't like it, tell us about it! We'll be doing these once a day or so. Jump right in and tell us what you think.