In the first installment of Beyond the Box Score's 2012 awards, we offer our picks for Major League Baseball's best executives in 2012.

Share All sharing options for: 2012 BtBWAA Awards Executive of the Year: Billy Beane

Over the next several weeks, we'll be revealing our picks for each major MLB player award: Gold Gloves, Silver Sluggers, Rookies of the Year, Cy Youngs, and MVPs. Today, we inaugurate this series with the only non-player award for which we voted: Executive of the Year.

Before we get to the results, a few words on the process. Voting began on October 1 (after 159 games had been played) and continued until October 5, with the balloting closing before the first playoff games started. Each writer voted for three candidates, with ballots scored on a 5-3-1 basis. Any front office executive (not just general managers) in either league was eligible for the award. 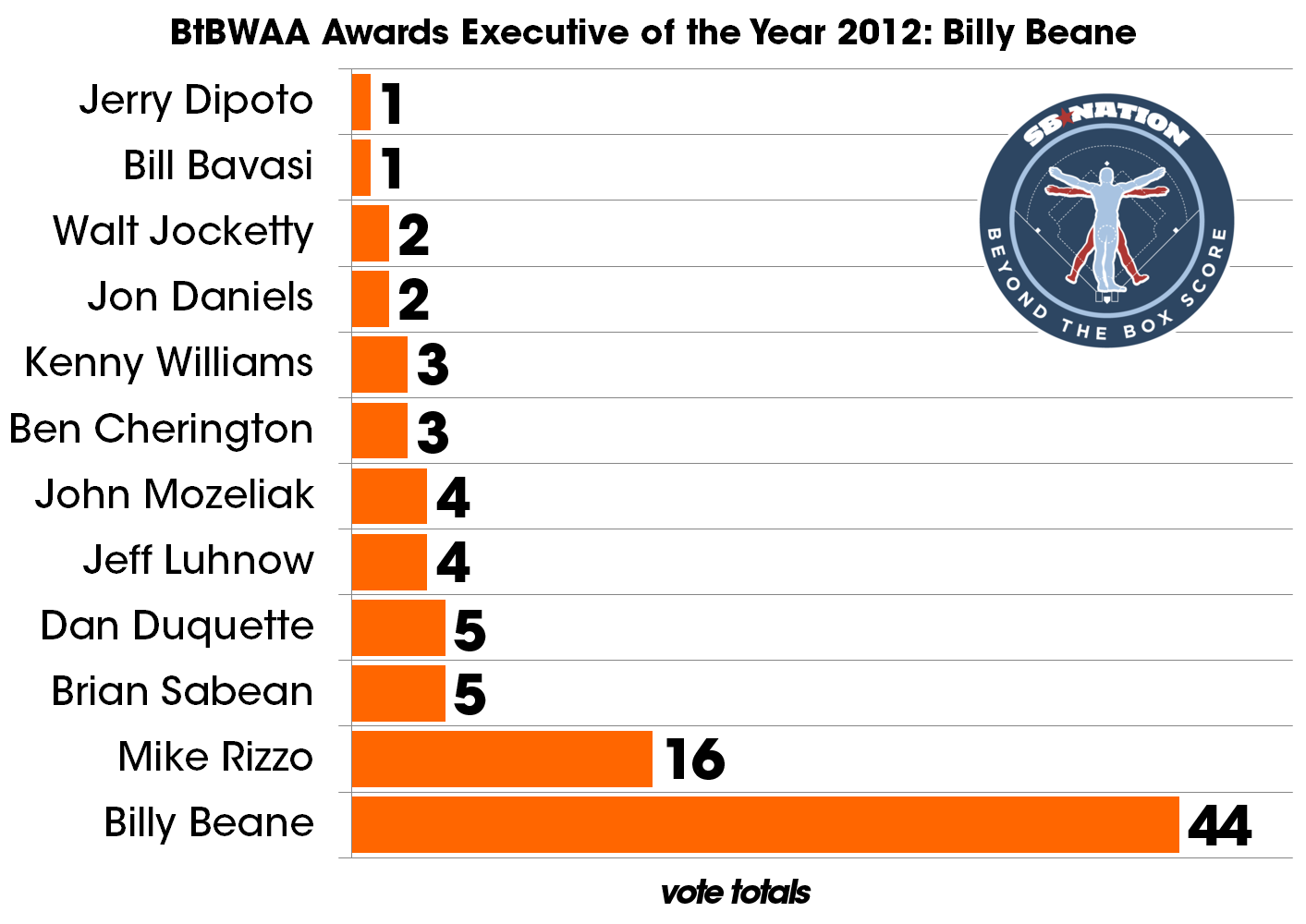 Billy Beane wins in a landslide, presumably in recognition of his great work in last year's film adaptation of Moneyball. Beane earned seven first-place votes and was ranked first or second on every ballot. No other candidate was named on more than four of the 10 ballots. Mike Rizzo earned two first-place votes en route to his second-place finish, while Brian Sabean's solitary first-place selection (that was the only vote he got) was enough for him to tie for the bronze with Dan Duquette.

Personally, I voted for Beane, Jeff Luhnow, and John Mozeliak, in that order. The vote here wasn't unanimous, but I think it's pretty clear that Beane was our top choice.