The 2012 Oakland Athletics: a tale of rebuilding, pitching depth and some good ol' fashioned luck

The story of the 2012 Oakland Athletics is an odyssey that started with selling high, adding depth, and became a real success when gambles paid off ... and luck kicked in.

Share All sharing options for: The 2012 Oakland Athletics: a tale of rebuilding, pitching depth and some good ol' fashioned luck

Going into the 2012 season baseball writers all over the country tabbed the Oakland Athletics as, at best, the 3rd best team in the AL West and not one of them had them beating out both the retooled Angels and the back-to-back AL pennant winning Rangers. As we all know, in one of the greatest come-from-behind division wins in MLB history, the A's managed just that. Obviously, as in most big surprises in sports, luck played a large role. That said, the A's still put forth a solid baseball team that could've been expected to compete in a year or two -- just not this past season.

During the offseason, the Athletics sold high on their three most marketable players, making deals in which they intended would form a nucleus for the next great A's team and maybe the last in Oakland. The three deals were trading Gio Gonzalez to the Nationals, Andrew Bailey to the Red Sox and Trevor Cahill to the Diamondbacks. In return, the A's received a stable of young talent, many of whom took part in the A's quick turnaround. Headlined by Jarrod Parker and Josh Reddick, the other contributing 2012 A's in those trades were Ryan Cook, Tommy Milone and Derek Norris. It's not often teams sell off three very valuable players and simultaneously take a step forward in the standings. 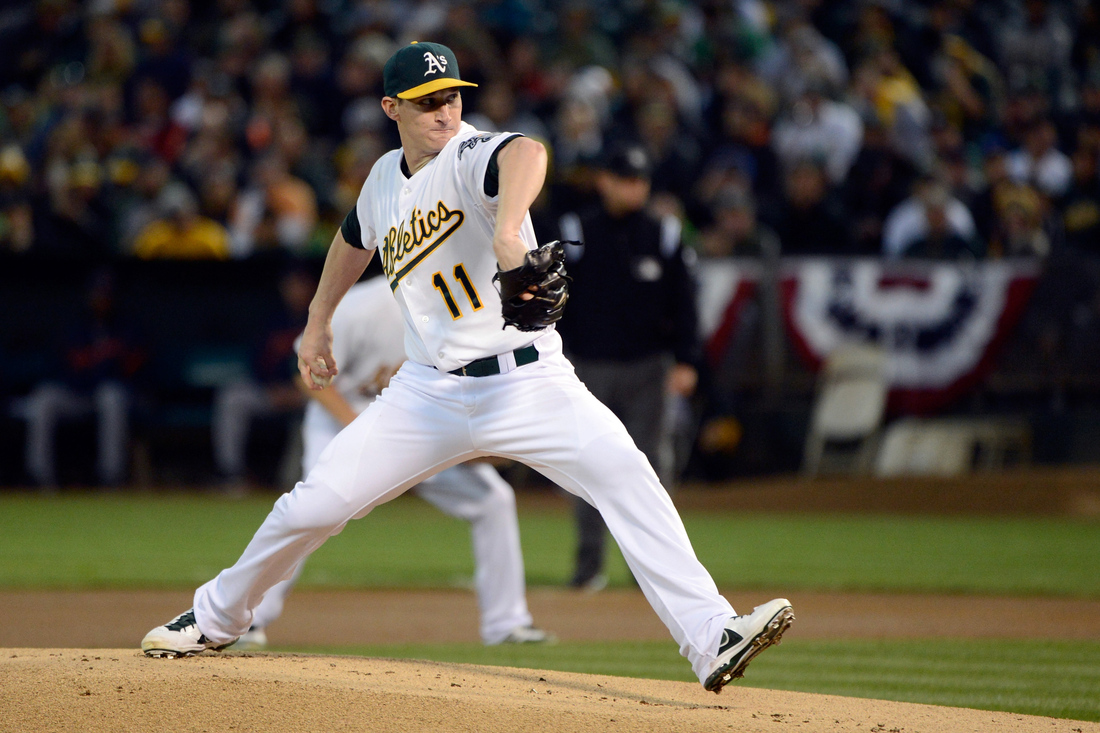 The A's pitching depth might have been their saving grace this past season. No one who considers themselves a baseball fan doesn't know about their all-rookie rotation. The A's were planning on relying upon veterans like Brandon McCarthy, Dallas Braden, and Bartolo Colon along with potential ace Brett Anderson to contribute but they all ended up missing lots of time.

The only rookie starter to break camp with the big league team was Tommy Milone, the young control artist acquired in the aforementioned Gio Gonzalez trade. Braden didn't even throw a single pitch in 2012 while Bartolo Colon was suspended for using testosterone, McCarthy threw less than 120 innings and Brett Anderson threw his first pitch of the season in late August. To put it simply, that rotation did not work out.

Meanwhile, the A's all-rookie rotation was a success, though they did have luck on their side which always helps:

The A's received a whopping 8.4 WAR from their rookie starters, which is quite a contribution. Their ERAs were all lower than their SIERAs, which means they were definitely getting lucky but some of the discrepancy should be accredited to the O.co Coliseum being a pitcher's park and the Athletics employing above average fielders at almost every position. As a team they had the 6th highest UZR in the MLB. 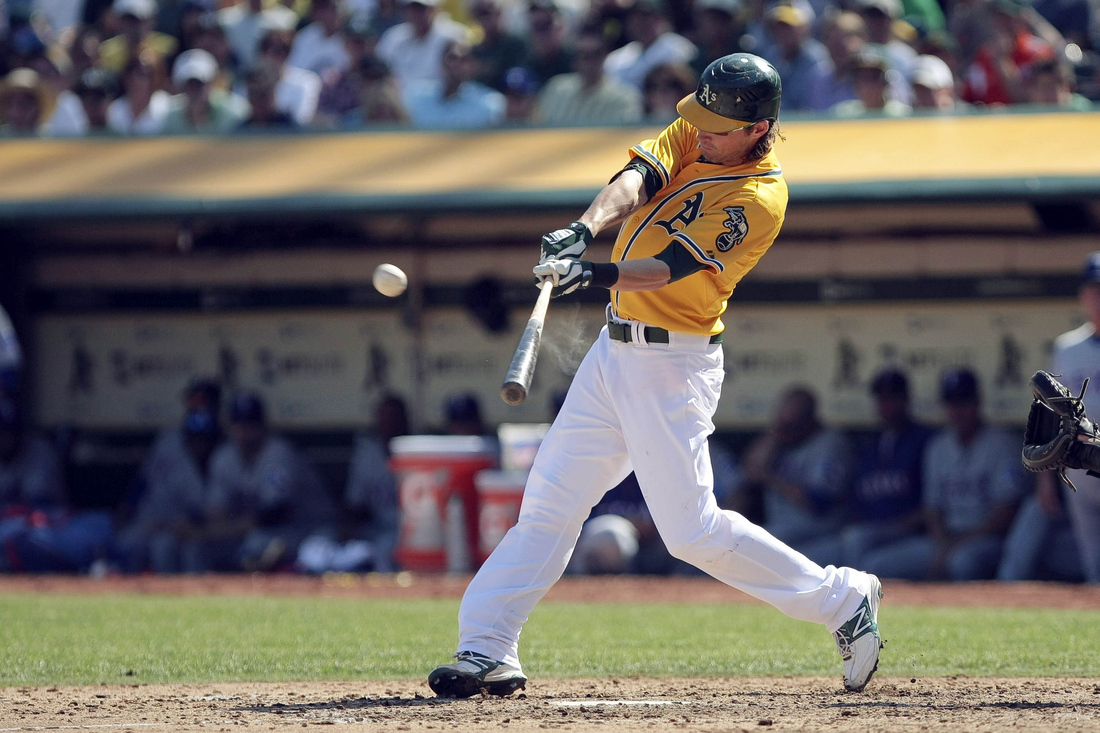 The most amazing part of the A's were the hitters they added this past offseason. The Athletics averaged 3.98 runs per game in 2011 and managed to score 4.4 runs per game in 2012. While we move further and further away from the steroid era and into a new era dominated by the pitcher, runs and therefore hitters become more valuable than before. Somehow, during this steady change, Billy Beane managed to trade three above average-but-not-ace-quality pitchers for a plethora of young talent.

Signing Yoenis Cespedes to a four year $36 million contract looked ridiculous at the time for a rebuilding team like the A's, but Cespedes combined with Coco Crisp and Josh Reddick to form one of the better all around outfields in baseball. The outfield trio combine fine fielding with above average hitting, while Cespedes also has prodigious power. The A's also had an extremely productive DH platoon of Jonny Gomes, the lefty masher, and Seth Smith, his left handed counterpart. Gomes produced a ridiculous 142 wRC+ and Smith posted a not too shabby 107. And we can't forget about Brandon Moss, who after many successful tours of AAA, finally broke out in the big leagues and managed 21 homers in only 296 plate appearances.

So trading your pitchers for above market value and acquiring a bunch of talented hitters for well below value is a great recipe for success. Many people, including myself, would like to attribute that to the A's front office, namely Billy Beane, but for all we know he could've just been lucky and just happened to be in the right place at the right time. But if it truly was the A's full intention to compete at a high level this season, you have to give a lot of credit to Billy Beane for reading the market so well and using it to his full advantage. 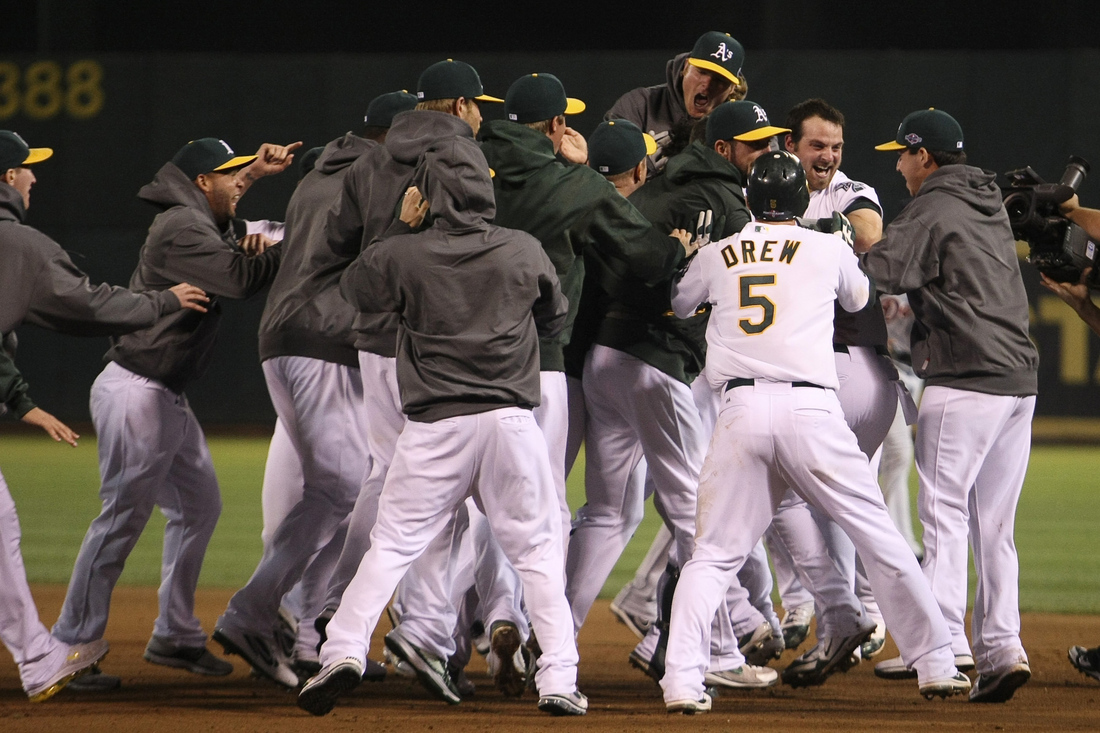