Share All sharing options for: Has Joe Mauer Peaked?

Now that Joe Mauer's season is most likely over (after only 333 plate appearances) , let's take a look at how it stacks up to his career and perhaps visually answer whether his best days might be behind him: 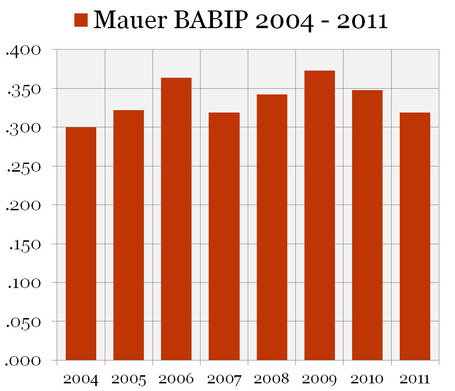 Let's get this out of the way: he had a bit of an unlucky year, but not his unluckiest. 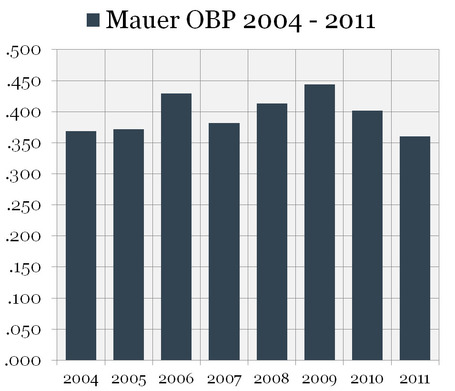 2011 looks more like the average year for Mauer, with 2009 being the anomaly -- but this year is definitely his worst for his best skill (getting on base). 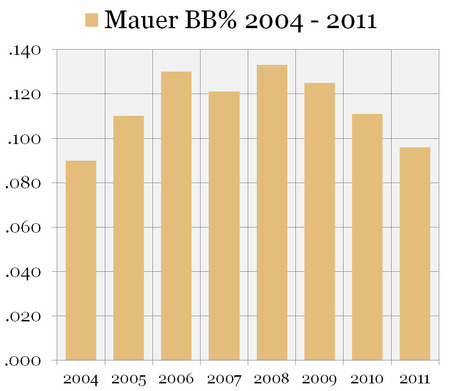 Isolating his falling walk rate really shows where Mauer has apparently peaked. But wait until you see this: 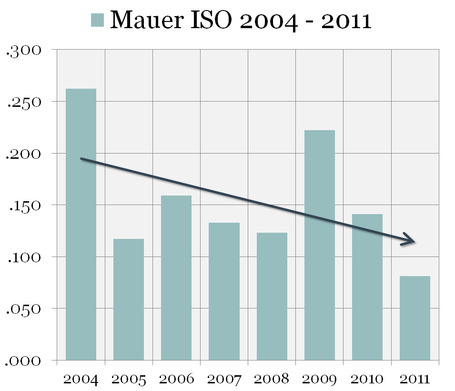 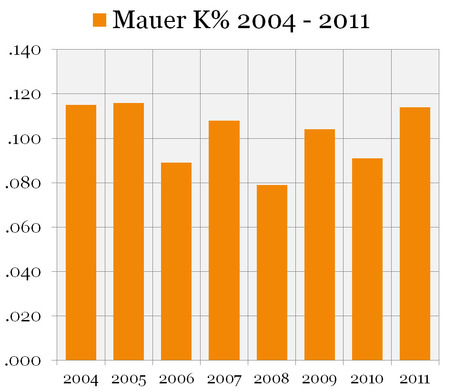 This is obviously the visual inverse of his BB%, but makes for a nice contrast against his ISO.

And take this with a grain of salt, since he's a catcher: 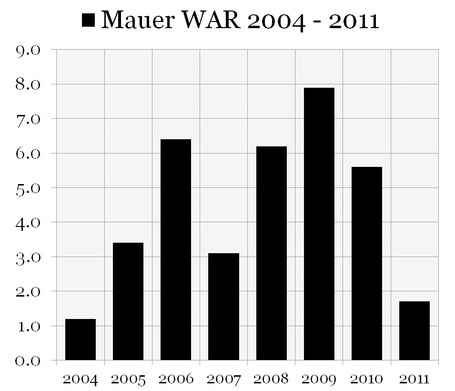 Obviously, Mauer is only 28, but if we take our Twins-colored-glasses off for a moment, we have to recognize what we know from various aging studies (including the WAR-related ones based on HOF members) that Joe should be peaking NOW. Like now now. I'm going to go out on an easy limb here and say that we've already seen his best, and we'll likely never see another 6+ WAR season from Mauer again. Perhaps his 5+ WAR days are behind him as well. That said, whether or not his HoF ticket gets punched is dependent on how long he can make his career last, even at a more modest production.