Share All sharing options for: Granderson, This Season's Bautista

Curtis Granderson is looking to be this year's power break out candidate. He currently has 17 home runs through 59 games with his previous high being 30 in 2009. The thirty year old seems to be taking the same path the Jose Bautista did, pulling the ball more.

Here is a look at the angle and distance profiles for Jose Bautista home runs and fly balls from 2008 to 2011.  The angle is from -45 (left field line) and +45 (right field line) and the distance is in feet. A LOESS averaging curve is added to see the trend over time. 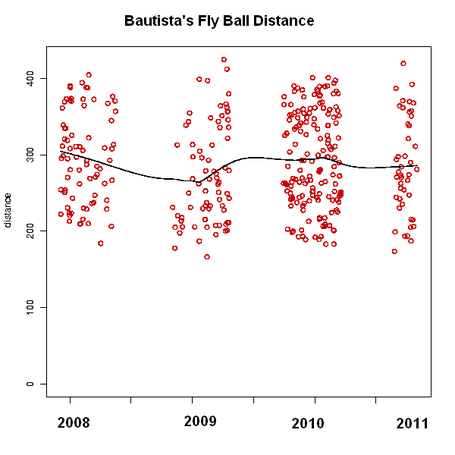 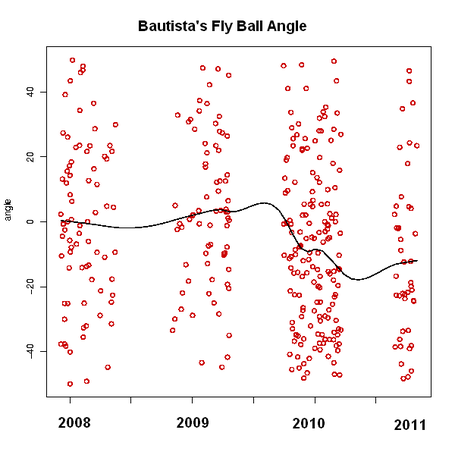 As it can be seen, the right handed slugger saw an increase in home runs once he started his swing sooner and began to hit fly balls toward shorter LF fences. He did not hit the ball much further in 2010 and 2011 compared to 2008 and 2009.

Now here are the graphs for Granderson 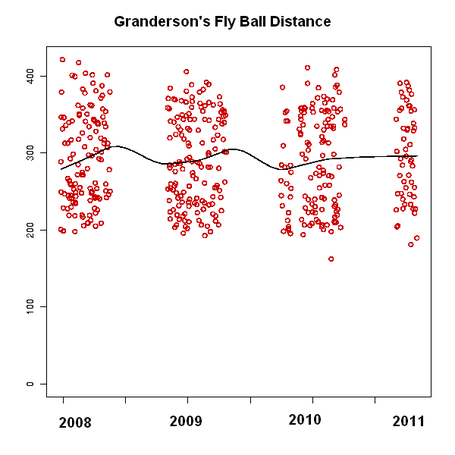 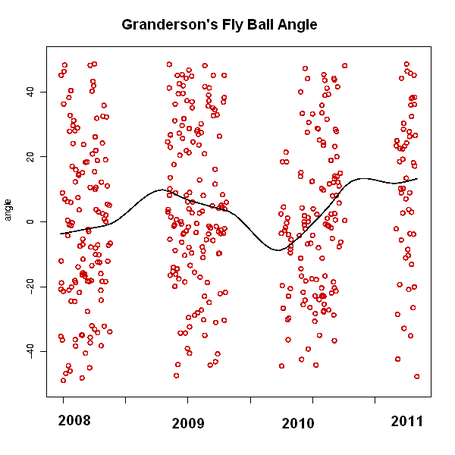 The left hitting Granderson is fitting the same profile of hitting the ball the same distance, but turning on the ball more. In 2009, he turned on the ball quite a bit also. It was the same year that he hit his previous high of 30 home runs. I am wondering if we are going to see more and more hitters taking this approach of trying to pull the ball more as offensive production declines.

Note: If you have any other players you want these graphs run for let me know. I post them up as I find the time.