How Has Left-Handed Pitching Usage Changed?

Share All sharing options for: How Has Left-Handed Pitching Usage Changed?

Hitters tend to perform better against opposite-handed pitchers than they do against same-handed pitchers. This effect is mostly due to the ability to see the ball better out of the pitcher's hand. 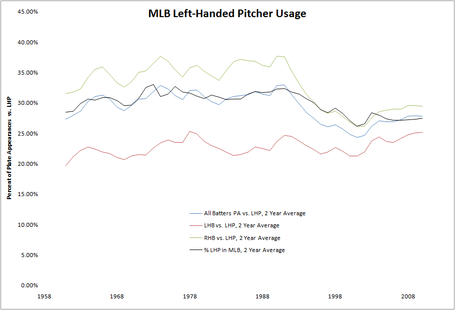 The difference in percent total LHP and percent of PAs LHB see vs. LHP is growing closer. The % total LHP is now lower than the % PA all batters have seen vs. LHP. Now, left-handed pitchers are beginning to see more PA vs. RHB. However, the amount of PA for LHB vs. LHP has also increased. This seems to show that in the early 90's to mid 2000's, there were more LOOGYs (Left-Handed One Out Guys) and that either there are more left-handed starting pitchers or more left-handed relievers are facing both types of batters.

I also looked at how overall OPS has changed over time as batters face a different percentage of left-handed pitchers. 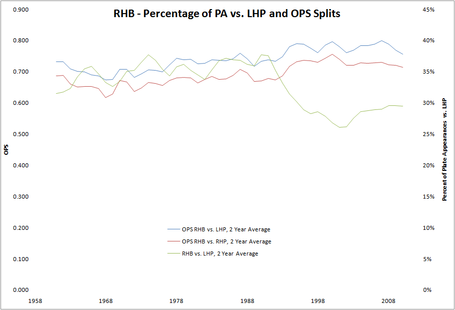 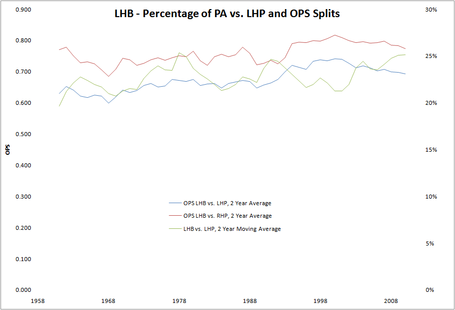 Left-handed pitcher usage has been steadily rising versus left-handed hitters since the late 1990's, but seems to have hit an equilibrium point for now. The OPS split also appears to be getting larger, as the OPS vs. LHP is decreasing more rapidly than the OPS vs. RHP. 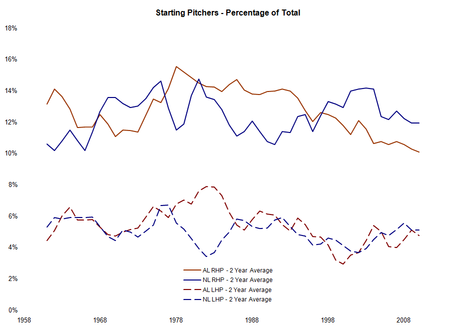 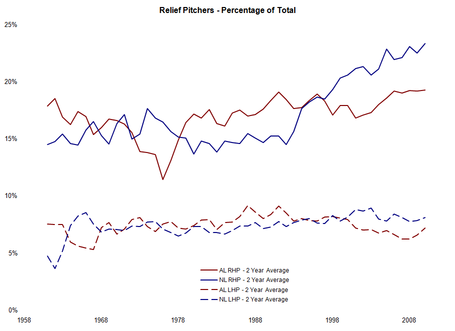 Managers have definitely been playing the matchups differently. However, it does not appear that all of this is due to LOOGY usage, since right-handed hitters have been facing more left-handed pitchers in recent years as well.