Share All sharing options for: Is Colby Rasmus Still a Pull Hitter?

A few of days ago, a reader, CodyG, wanted to know if left handed hitting Colby Rasmus began to not pull the ball as much after his run in with LaRussa late last season. I went ahead and looked at all of Colby's batted ball angles so far in his career. First, here is the data on all batted balls (The angle is from -45 (left field line) and +45 (right field line). A LOESS averaging curve is added to see the trend over time.): 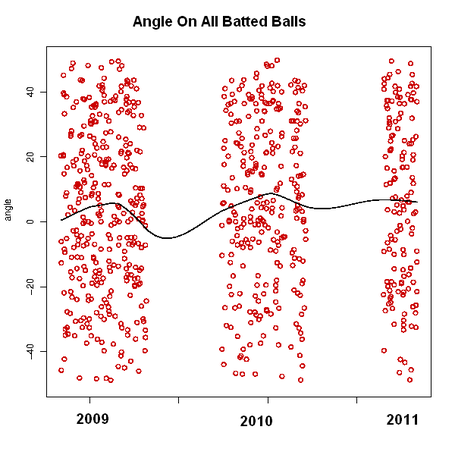 Generally, he was pulling the more as the the 2010 season went on until mid season when he began to spread the ball.  Looking at each of the batted ball types tells more of the story.  Here is the batted ball angles for the LD, GB and FB Colby hit: 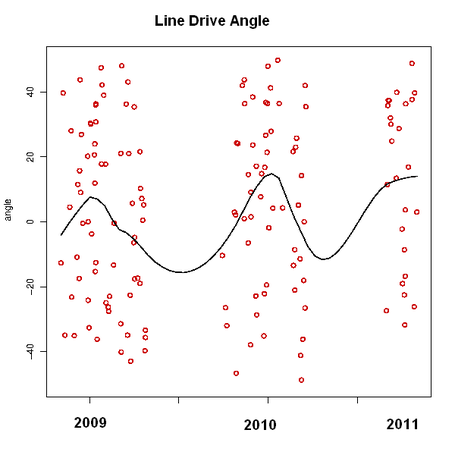 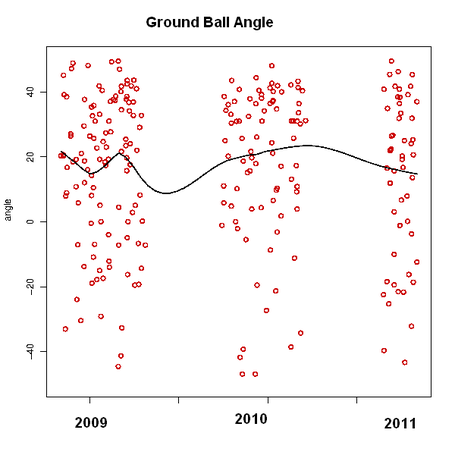 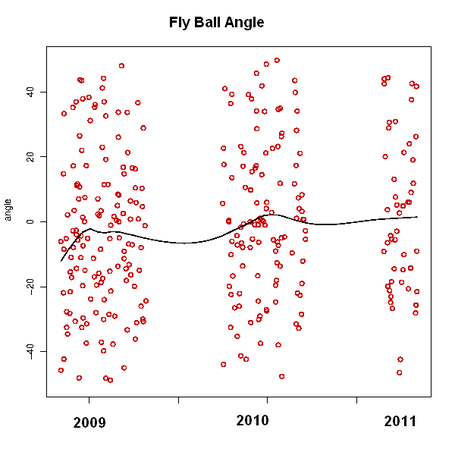 As a general rule, Colby pulls his ground balls, like most hitters, and this attribute has not changed much since he has been in the majors. The change in all the batted ball data in the middle of 2010 seems to originate in the angle he is hitting his fly ball and line drives. Here is the data for FB and LD combined: 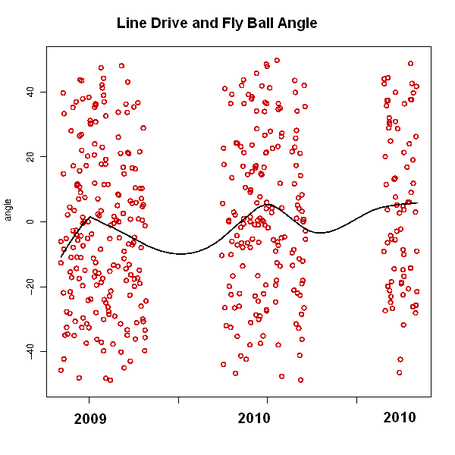 Colby was pulling the balls generally hit to the outfield (line drives and fly balls) more midway through the 2010 season, but then began to spread the ball around a little more. It does look in that in 2011, he is back to pulling the ball again. Hopefully that answers CodyG question and let me know if there is anyone else someone wants me to examine.