Share All sharing options for: 2010 Rule 5 Drafted Pitchers in the Majors: Pitch Analysis

What do teams see in these guys?

The Rule 5 Draft* is an odd feature of MLB's player acquisition system. The MLB Amateur (Rule 4) Draft is pretty standard, if ridiculously long, and certainly not incomparable to drafts in other leagues. But the Rule 5 Draft is unique: a draft where teams get to take away players controlled by OTHER TEAMS, as long as they hinder their own season a tiny bit the next year. I can't think of anything like it in the other sports leagues in this country (or elsewhere).

*The Rule 5 draft allows for teams to draft players who are not on other teams' 40-man rosters and who have been in the organization for four-five plus years (depending upon what age they were when they were first signed into their original organization). However, in order to KEEP rule-5-drafted players, teams must keep a player on the major league (25 man) roster for the entire season thereafter (though DL shenanigans can shield a player for a bit).

A good majority of Rule 5 picks turn out to be nothing (and of course are offered back to their original teams). Occasionally, one breaks out and becomes the next Johan Santana, Joakim Soria, Jose Bautista, etc. But such success stories are really really rare, obviously.

Do any of last year's Rule 5 draft picks have the potential to become a breakout star? Well only six Rule 5 picks, out of 19, are left in the majors: 1 hitter (Phillies IF Michael Martinez) and 5 Pitchers (one of whom, Nats Pitcher Elvin Ramirez, has been hidden on the 60-day DL this entire year and has not thrown a pitch yet). In this post, we'll take a look at the four pitchers' performance and stuff to see what their teams were thinking when they drafted those players and whether each player looks like he could be a breakout star.

Joe Paterson was the third pick overall (out of 19) in last year's Rule 5 Draft. Despite such a "high" draft slot, he is indeed being used as a LOOGY by the D-Backs this year (42/65 batters faced by him have been lefties), as John Sickels predicted in his analysis. And he's been okay in that role, 3.60 ERA/3.74 FIP/3.78xFIP overall, and a 2.74FIP/3.65xFIP against left-handed batters.

Paterson's pitches, seen in Figure 1 below, are all below average in velocity, but get a good amount of movement thanks to his sidearm action (a classic LOOGY trait): 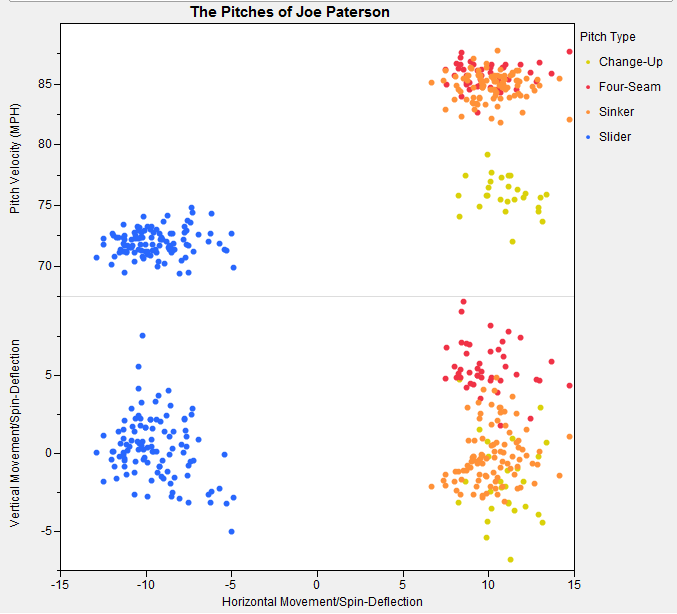 Figure 1: The Pitches of Joe Paterson and their movement/Velocity.

Table 1: The Average Movement and Velocity on Each of Paterson's Four Pitch Types

Paterson throws four pitches, though the change-up is only used against right-handed batters (so is not really much of a factor in his job). And really the pitches have excellent movement - the sinker gets amazing sink and great tail, the slider gets great horizontal action, and even the four-seamer gets decent sink despite the lack of velocity. The problem of course with him, and what limits him to being a LOOGY (other than his arm action), is his velocity, which is substandard on every one of his pitches.

All in all, Paterson's great movement makes him look like the role of a LOOGY is something he could quite easily fulfill in the D-Backs bullpen. But the lack of velocity makes it pretty clear that that is all he'll ever be.

Nathan Adcock was taken by the Royals with the 5th pick in the Rule 5 Draft and has been used as a long reliever in the Royals' super young bullpen, though he has made two short starts (one okay, one short disaster). His numbers have been less than impressive: he's put up a 4.55ERA/5.18FIP/4.13xFIP line, though some of that is due to really bad luck on Home Runs.

What do his pitches look like? Well Adcock seems to have five pitches: a four-seam fastball, a two-seam fastball that serves as his primary offering, a change-up, a slider, and a curveball. It's hard to distinguish his two fastballs at the margins and it's also hard to distinguish the two breaking balls, as you can see from the chart of his pitches below in Figure 2: 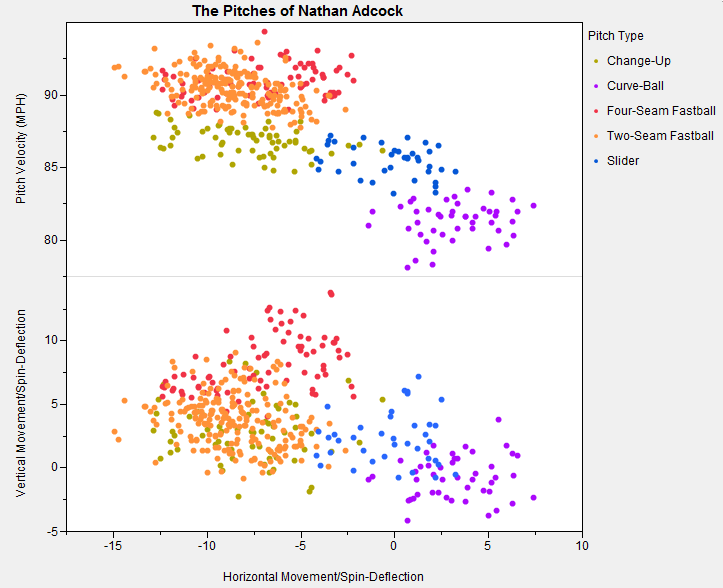 Figure 2: The Pitches of Nathan Adcock and their Velocity/Movement

Table 2: The Movement and Velocities of Nathan Adcock's Pitches.

Now these pitches are more impressive than Paterson's and show some potential. Adcock's primary offering, the two-seamer, gets pretty damn good sink and still manages to average above 90MPH. And as such, it does indeed have good GB numbers against both types of batters. Adcock's change-up has similar movement to the two-seamer (with a slight bit more sink), but a 4-5 MPH gap from the two-seam fastball. He also seems to throw the pitch to both righties and lefties, and in a really small sample size has been somewhat successful with this infrequently used pitch.

Adcock's other pitches are more hit or miss: the four-seam fastball doesn't have great movement; it's basically average (as John Sickels described above). His Slider has pretty good velocity, but really doesn't have a huge amount of horizontal movement, though its horizontal movement relative to the fastballs could make it potentially a really good pitch. The Curveball is more of a slurve (there's little drop, and all horizontal movement), and really all it has going for it is velocity.

Regardless, Adcock is one to keep an eye out for. He has a starter's repertoire, a main pitch that has some pretty good properties, and good velocity on his secondary stuff to make up for less impressive movement.

Rodriguez is the only one of these four pitchers who has grabbed a clear starting role on his new team. After 11 relief appearances, he moved into the Astros' rotation, where he has not been impressive. Now his line stands at an ugly 5.28ERA/4.97FIP/4.77xFIP. Essentially, he's walking a bunch, not striking out that many, and has been an extreme fly ball pitcher. Needless to say, the results haven't been good.

Rodriguez appears to have three pitches: a fastball, a change-up, and a slider (There's a chance he has two fastballs, but it's really hard to tell, so I'm assuming he only has one for this post). Their movement and velocity numbers are shown below: 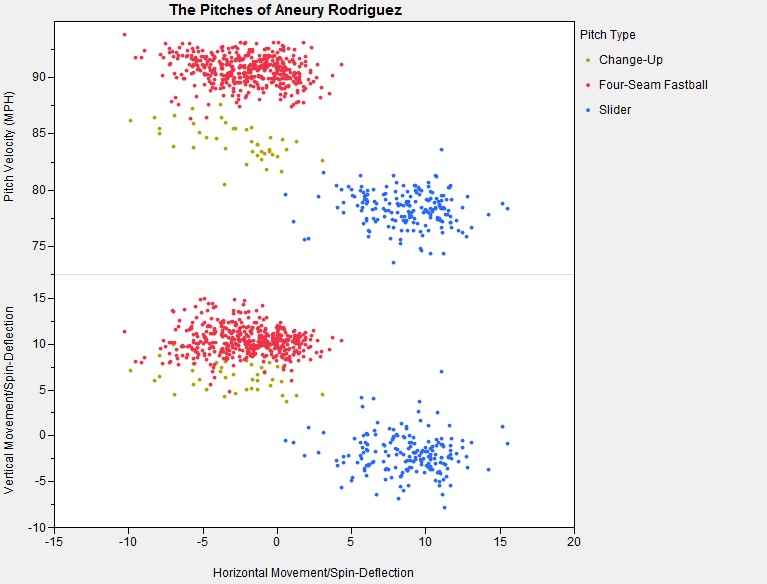 Table 3: The Movement and Velocity of Aneury Rodriguez' Three Pitches.

Aneury Rodriguez uses really just the fastball and the slider; the change-up isn't even seen 7% of the time. The fastball is his dominant pitch, and it's at least a bit interesting: the pitch has a solid amount of cut, like a cutter, in terms of horizontal movement, in addition to acceptable velocity. Unfortunately, the pitch doesn't have the sink seen on most cutting pitches, but instead has a lot of "rise." This is the cause of it being an extreme fly ball pitch (naturally), though of course such rise could lend to the pitch getting high swinging strikes more easily.

The slider has pretty good horizontal movement (though the fastball's cut may actually reduce that effectiveness oddly enough), but only okay velocity. Similarly, the change-up has okay velocity, but hardly great movement.

All in all, I'm not really convinced Rodriguez is particularly likely to "break out" or be anything more than a 5 starter from this repertoire (or a reliever). Really, he's likely to always be an extreme fly ball pitcher, and his stuff doesn't seem impressive enough to get swinging strikes.

Pedro Beato was selected with the 18th out of 19 picks in the Rule 5 Draft, and was the Mets' second selection in the draft. In other words, every team in the Rule 5 draft passed on him for other options at least once. Oddly enough, this was the second time the Mets drafted Beato, though when they first tried to draft him out of HS, he reportedly had higher velocity on his fastball, and was a starter. After several seasons in the Orioles' system with no success as a starter, he was converted to a reliever the year before being Rule 5 drafted.

As a reliever in 2011 for the Mets, Beato has put up an okay line of 4.10ERA/3.32FIP/3.91xFIP, using a solid ground ball rate to compensate for a not-great strikeout rate. The results don't seem to indicate he has potential for anything other than being a reliever.

His pitches on the other hand are very interesting. Beato has five pitches: a four-seam fastball, a two-seam fastball, a change-up (only used essentially against opposite-handed batters), a slider, and a curveball. Figure 4 shows them below: 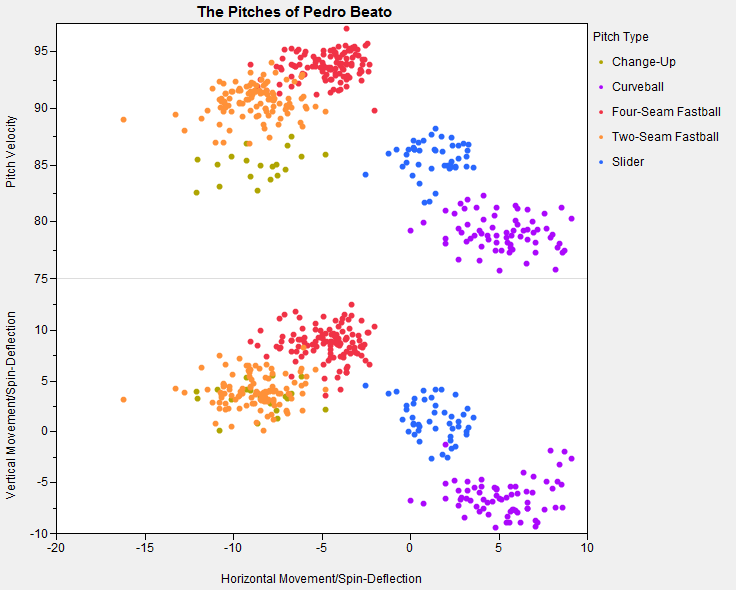 Figure 4: The Pitches of Pedro Beato and their movement/velocities.

Several of Beato's pitches look like they have the potential to be really good:

The four-seam fastball has just average movement, but has very good velocity, averaging almost 94MPH.
The two-seam fastball has solid velocity while possessing a terrific amount of sink.
The curveball possesses decent movement, while also having really good velocity, ensuring it will be a pretty good ground ball pitch as well as potentially a good pitch for whiffs.
The slider, which seems almost like a cutter, has solid movement to go along with terrific velocity.

Really the only pitch that's nothing special is the change-up, which still has the same sink as the two-seamer without the great velocity.

So it would seem that Beato seems like he has the potential to be the next breakout pitcher from the Rule 5 draft, more so than the other three pitchers above. However, he's FAR from a sure thing, considering:
1. If he was converted back to a starter from a reliever, he's likely to lose 1-2 MPH on his pitches, reducing their value by a good bit.
2. He never seemed able to succeed in the minors as a starter in multiple years in the Orioles organization.

Certainly he could turn out to just be a mediocre reliever, even despite his potential. However, he clearly has the potential to be more - at least a top notch reliever.

What we see here are four pitchers taken in the Rule 5 draft, and hung onto by their teams, for differing reasons:
1. Paterson was drafted entirely to be a LOOGY, and he has proven to have the pitches necessary to fit this role.
2. Adcock has the stuff to stick in long-relief or perhaps as a starter, and has some potential in his pitches to perhaps breakout.
3. Aneury Rodriguez has two pitches he seems quite comfortable with and perhaps can stick as a cheap 5th starter for a team not in the hunt, despite not having great potential.
4. Beato has multiple potential plus pitch offerings and appears so far to at least be okay enough in the bullpen to be worth carrying for a mediocre Met teams.

Regardless, it's very likely none of the four guys will become anything other than a mediocre major leaguer. That's true for nearly all Rule 5 draft picks. But of the four, Beato I would say has the most potential to be a breakout player, if he were to learn how to harness his pitches.