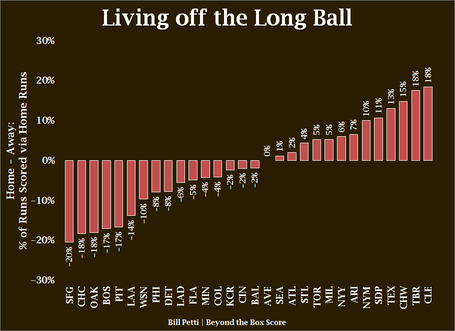 Tuesday I took a look at how some teams are highly reliant on the long ball for run scoring this year (cough, Yankees, cough).

A friend asked what the numbers look like for teams if you took a look at their home/away splits.

The graph above shows the difference for each team in the percent of runs scored via home runs (positive numbers indicate advantage for home, negative for away) when playing at home versus on the road.