Share All sharing options for: Harmon vs. Chipper: Jones, Killebrew Had Similar Careers 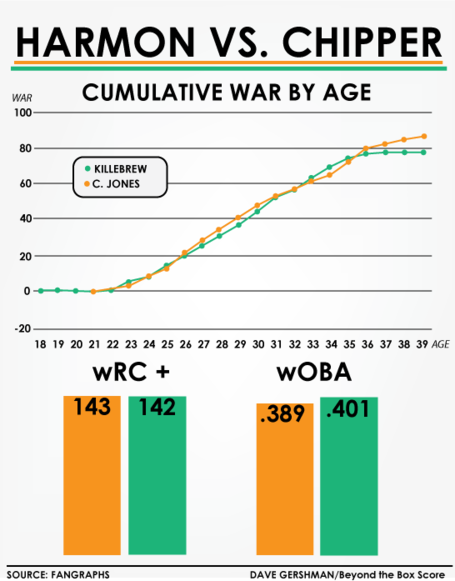 Yesterday we lost a huge chunk of baseball when Harmon Killebrew passed away at age 74. I thought it would be nice to look back at some comparables for Harmon and peg some players who are quite similar. Although defense rankings were different back in Harmon's time, Chipper Joneswas the superior defender to Harmon while Harmon was better offensively. The graph also displays the amazing career Killebrew had sans the first few and last few years of his career, unlike Chipper who was productive almost each and every year of his ongoing career.