The Evolution of Jose Bautista (In Graph Form)

Share All sharing options for: The Evolution of Jose Bautista (In Graph Form)

For the first part of his career, Jose Bautista was basically a league-average player in every way. Since last year, though, he's been perhaps the most devastating offensive force in the game. What is behind this change? 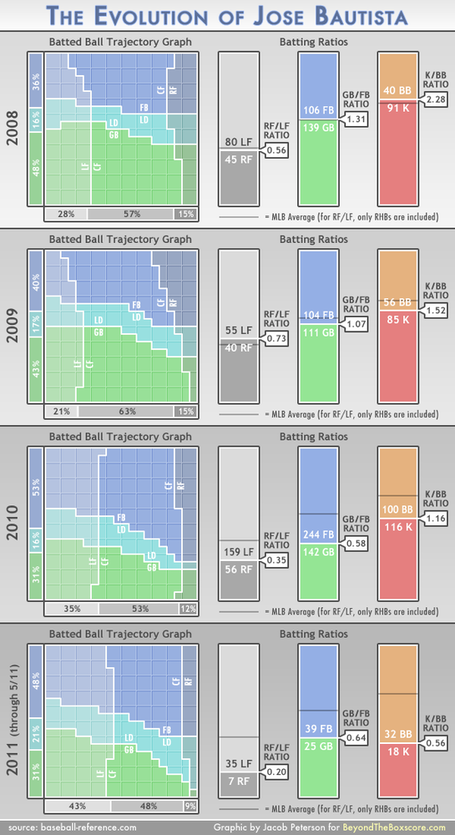 In 2008, Bautista was right around the league average in all 3 ratios. In 2009, he hit slightly more fly balls and walked a few more times, but this progress was offset by an increase in opposite-field hitting. (Bautista, like most hitters, does better when he pulls the ball.)

The past two years, however, Bautista has started pulling the ball well more than league average. He's started hitting a lot more fly balls. And he's started walking a LOT more. Add it all up, and you've got a dominant hitter.

The style of the Batted Ball Trajectory Graphs is what I like to call "Mondrian graphs", after the painter Piet Mondrian. These graphs allow you to see the interaction between two stats. Each small square represents 1% of batted balls.