Lance Berkman: Slugging Up, Strikeouts Down.

Share All sharing options for: Lance Berkman: Slugging Up, Strikeouts Down. 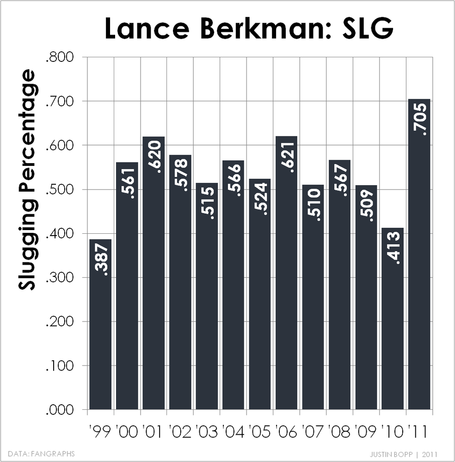 Certainly bound to regress, right? Or is he seeing better pitches next to Pujols and Holliday? 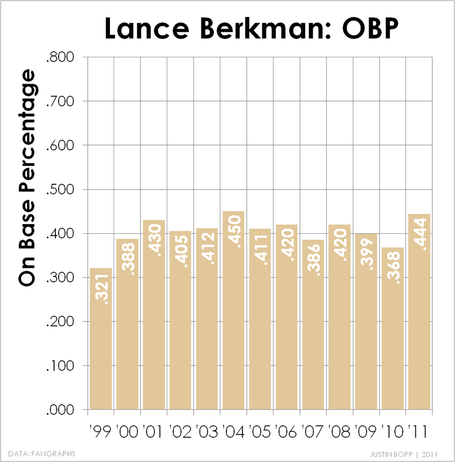 Getting on base nearly half the time is quite a feat. Maybe we're onto something... 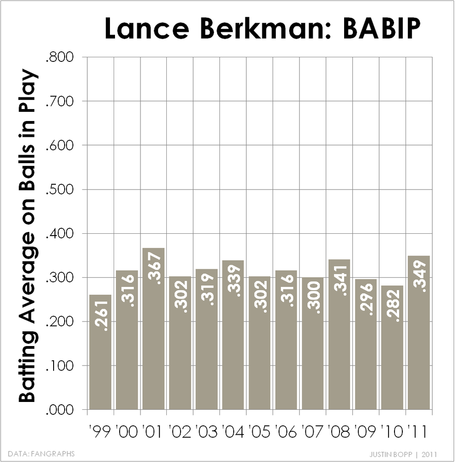 Having the second best BABIP of his career is definitely helping. 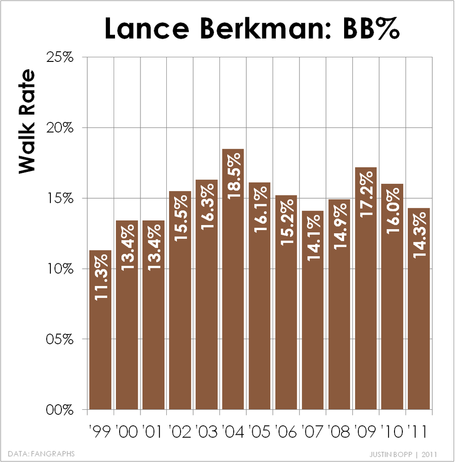 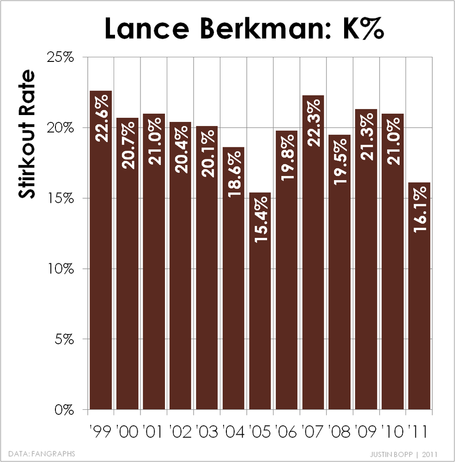 Lance Berkman's slugging is an obvious career outlier, but it may not be ridiculous to assert that it's partially due to hitting behind Pujols and Holliday, neither a slouch. His BABIP tells us he's getting a few more breaks, but combined with a higher OBP and a lower walk rate, a glance at his shockingly lower strikeout rate shows that he's getting better pitches, still seeing the ball well, and hitting the gaps.

Is this because he's getting better pitches, based on the assumption that pitchers are trying to walk him less (with Albert and Matt on base in front of him)? Or is this purely a BABIP anomaly, bound to come down through the rest of the season?

The safe thing to assert is that it's almost certainly both. He'll probably come back to the pack and regress to his career numbers. That said, there's little doubt he is NOT a post-peak player as some asserted when St. Louis picked him up. Maybe THIS is his peak?