Share All sharing options for: Differences In Pitcher Release Points

I am wondering if anyone knows of any pitchers that have a release point for a pitch that is significantly different than other pitches the pitcher throws. After the AL Central Leading Kansas City Royals first game, I notice that rookie Tim Collin's release point for his curve balls were about 1 foot different as seen in this plot: 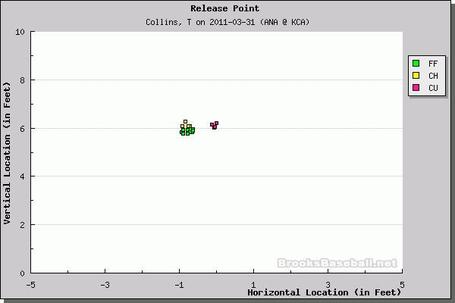 He threw again yesterday and his release was still about a foot off, but not as bad: 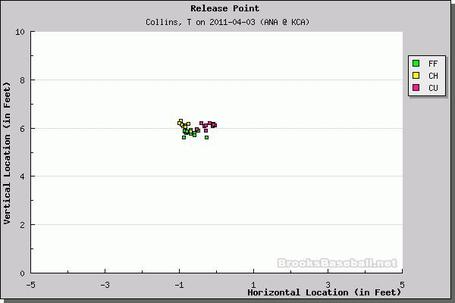 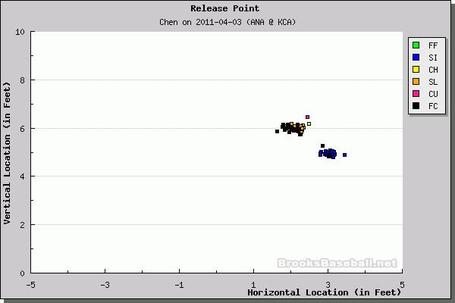 Even Scott Kazmir, the Royals opposing starter yesterday, in his 1 2/3 innings yesterday had a nice tight release pattern: 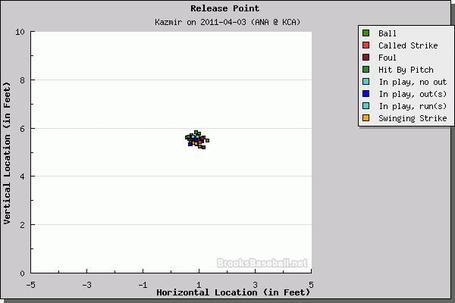 I have looked at many pitcher Pitch FX plots over the years, but have never seen such a difference in release points especially in the horizontal direction. Now I have seemed to find two pitchers with varying release points.  I would like to figure out how common this variance is and how the pitcher compares to his fellow pitchers.  Can you please let me know if any other pitchers have such different release points?  Thanks.

Thanks to BrooksBaseball.net for the PitchFX information.