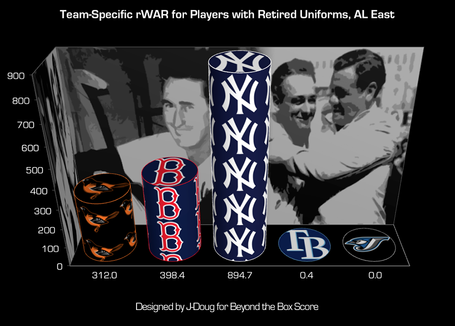 In continuing my look at retired uniforms in Major League Baseball, I break the numbers down by division. We all know that the Yankees have retired more uniforms than any other team. Not surprisingly, the combined talent that wore all 15 retired numbers (excluding former manager Casey Stengel) beats all. 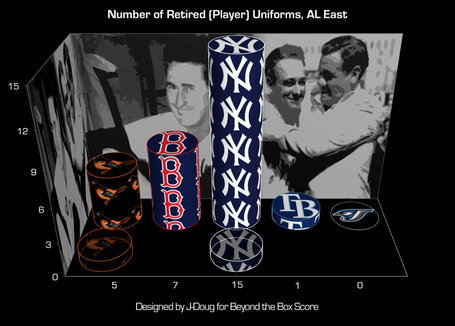 The second chart depicts the number of retired uniforms worn by players (back row, opaque) as well as others such as managers (front row, translucent).

Having already covered the 0.4 rWAR that Wade Boggs posted for the Tampa Bay (Devil Rays), it's also worth noting that the Toronto Blue Jays tend not to retire numbers.

Finally, both the Orioles and Yankees have retired the numbers of former managers who never played for the team: Earl Weaver and Casey Stengel.