The Hall of wWAR: Left Fielders

Share All sharing options for: The Hall of wWAR: Left Fielders 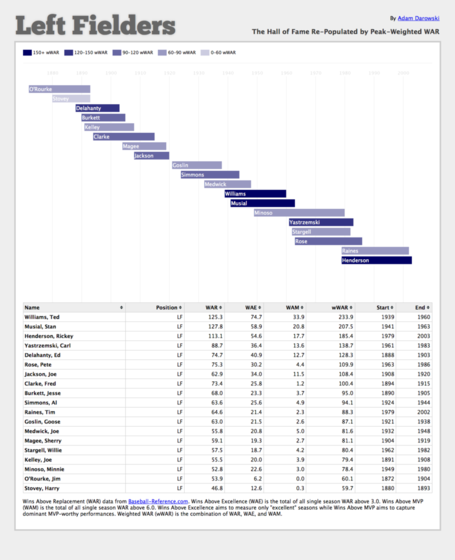 Left Field has a great deal of turnover, but the population stays close to the same. Seven left fielders are booted while six take their place. While left field features a lousy Hall of Fame choice in Chick Hafey and a deceptively weak inductee in Lou Brock, it also features three cuts that were particularly tough to make—Billy Williams, Zack Wheat, and Ralph Kiner.

These six players are not in the Hall of Fame, but are now being inducted to the Hall of wWAR: