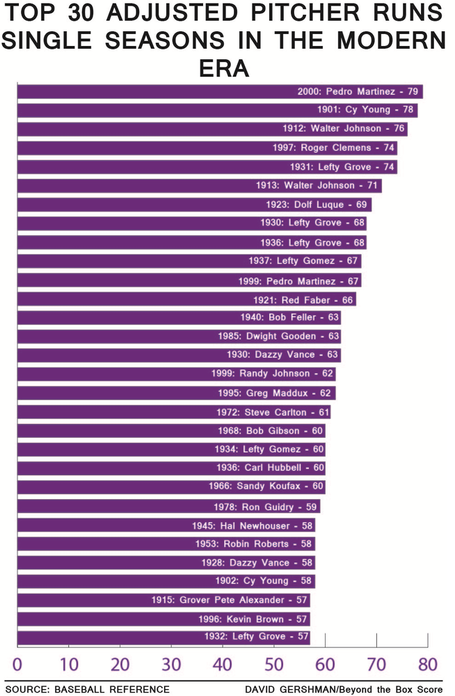 Prior to the begining of the Modern Era, there were a bounty of pitchers who dominated hitters more than you can imagine. For just about every pitcher in the Modern Era who was on the list of best Adjusted Pitcher Runs by season, there were about three times as many before 1901. However, that doesn't mean the past century featured a bunch of duds -- just the opposite...

A Total Baseball measure devised to quantify how many runs a pitcher saves for his team relative to a league average pitcher.