Share All sharing options for: Rest In Peace, Phillies. 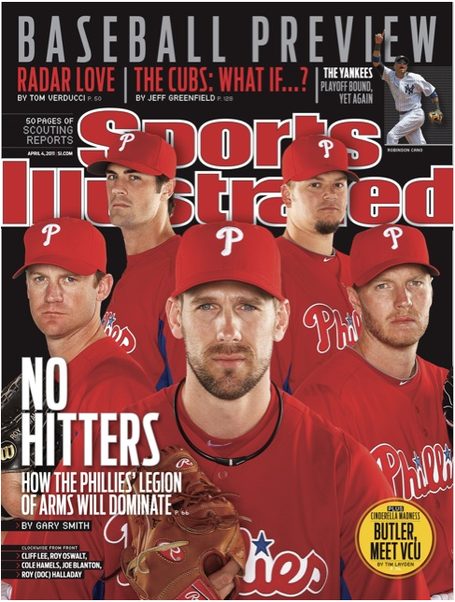 With that in mind, I approach the subject of curses very carefully. I mean, we're a sabermetric community, we don't do that sort of thing. I'm sure that comforts Mr. PhillyFan as he sees the above for the first time. What must he be thinking? Cliff Lee wasn't good enough? YOU HAD TO PUT ALL FIVE OF THEM ON THERE??

The truth is that we can ignore the SI Cover Curse in its entirety and look at something based in reality, like Jeff Zimmerman's starter injury research that indicates that there's a 30% chance any starter in the league will see the DL this year. Combine that with wild expectations, a NINETY-SEVEN win projection by Vegas, and Tango knows what else, and there are plenty of perfectly logical reasons the Phillies could find themselves out of the race, even with the greatest post Glavine-Maddux-Smoltz rotation ever.

It's not hard to imagine a couple poorly-timed injuries, cold streaks, injuries, bad batting, injuries, and a lucky Braves or Brewers or Giants or some other streaking team from catching them on their off-week some time next October. We all know the playoff format now lends itself least to determining the best teams. It actually is possible.

That infernal cover certainly has absolutely zero impact on how the Phillies will play this year, unless there's some weird over-fed kid that wants his copy signed by each guy pictured, but it turns out chubbs has the bird flu and then...no. There's nothing about that cover that any rational fan, any sane fan, any fan that has read anything we've ever done here and approaches anything with any logic at all should be worried about. Right?

*Sneakers is probably the worst-titled film of all time. Consider the cast: Robert Redford, Ben Kingsley, Dan Aykroyd, Sidney Poitier, David Strathairn, River Phoenix, Mary McDonnell (Stands With A Fist), and Darth Vader himself, James Earl Jones. We all know how ensembles typically turn out, but this one is an exception. It's wonderful.

Now consider the basic premise: two telecom/hacker guys go their separate directions and find themselves pitted against each other in a rag-tag group of heisters vs. the big-government/big-corporate conspiracy guy. It's a perfect film if you want to understand the fears of American culture heading into the internet age.

Anyway, I can't imagine a worse title that was still trying to be relevant, but do yourself a favor and see this film if you haven't already. It's a little-known masterpiece. 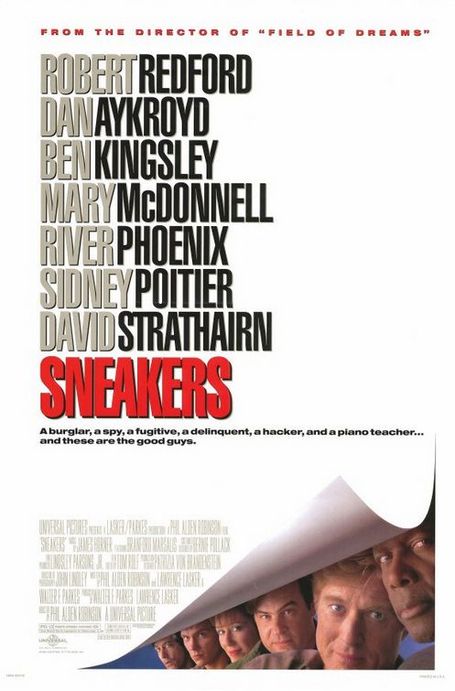 Ok, the marketing was pretty bad too.