Nyjer Morgan and his "Hot Temper" Couldn't Beat Out a Platooned Rick Ankiel.

Share All sharing options for: Nyjer Morgan and his "Hot Temper" Couldn't Beat Out a Platooned Rick Ankiel. 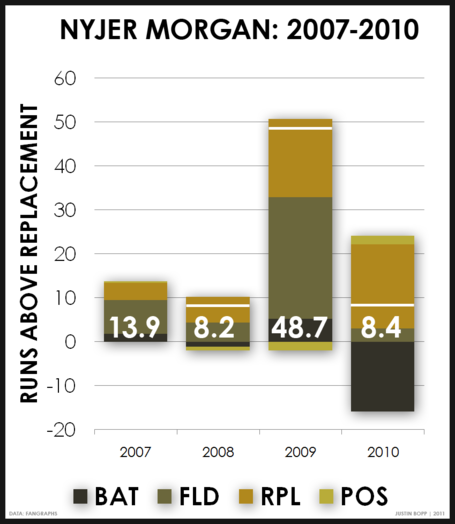 Beware, this AP news wire over at ESPN's first sentence says everything you don't need to know:

Can anybody seriously answer why Morgan is "hot-tempered" after one incident where he had considerable reason to be upset? 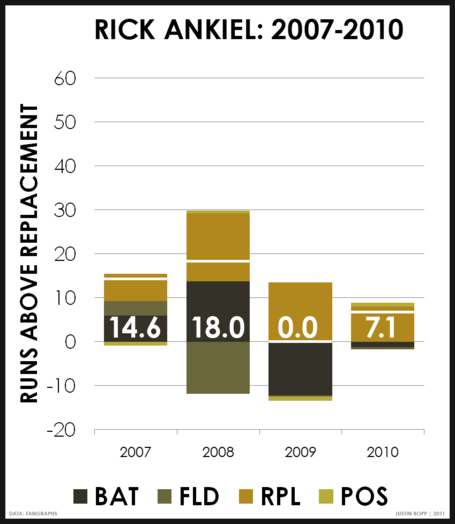 This is the man that, even in a platoon, beat out Nyjer Morgan.

Whatever. I won't pretend to know all the details about Morgan, but I really do hate reading descriptives like "hot-tempered" about a player that's been in exactly one fight. I don't mean to imply the author, whomever the anonymous person over at the AP that wrote it is, meant to do anything other than remind people of last year's incident (where he charged the mound after a ball was thrown behind him). But after so many instances of labels like that being used for one type of person and not for another...I dunno. I could be out of line as well. I'd just like a better explanation for:

1. His trade. How could he not beat out Ankiel?

Hey, who knows? Maybe he does have a temper. And maybe it's warmer than warm. But do we have enough evidence to conclude that and slap that on him for probably the rest of his career?