Frank vs. Andruw: The Unfortunate Past Four Seasons of Andruw Jones

Share All sharing options for: Frank vs. Andruw: The Unfortunate Past Four Seasons of Andruw Jones 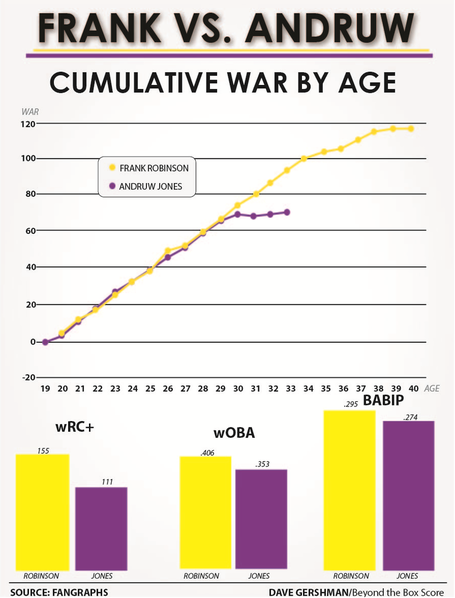 No one ever said that Andruw Jones isn't a Hall of Famer, but there's a huge difference between simply being a "Hall of Famer" and "one of the greatest of all time." Andruw Jones, had his career not fallen off by a huge margin could have very well been considered the latter.

Let's start with the three bottom bars. As you can see, Robinson is superior to Jones in all three of those offensive categories on the bottom. That's really a microcosm of how bad the past four seasons have been for Jones, who's been significantly bad on all levels since the 2007 season. To put that in to context, if you subtract Jones' last four seasons off the books, his career wOBA would be .362 and he'd be four years younger. However, Jones' glove and arm were two of the tools that made the first eleven years of his career so valuable.

There are many great players throughout history that weren't worth more wins than Andrew Jones throughout his first 11 years and Frank Robinson may or may not be the best, but he's the most comparable using fWAR. Not only that, but he's easily one of the best players of all time and certainly had a better career than some of the players in the WAR Graphs below.

Personally, he is Cooperstown bound; The real question is "when?" The graphs below and above both make the case that Jones could have been one of the best players of all time had those four years gone differently. Still, he had a pretty darn good career that's still going. 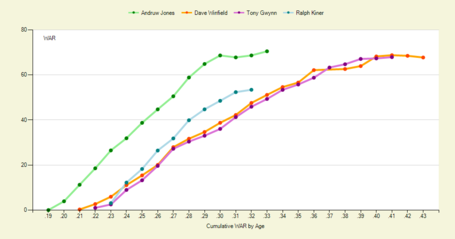 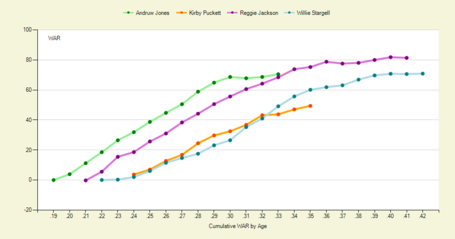 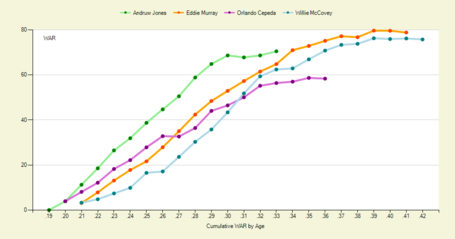 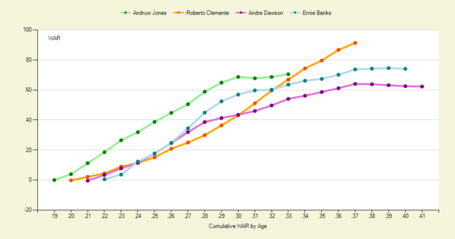 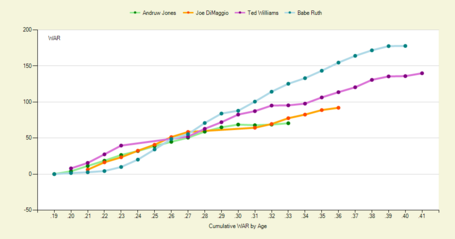 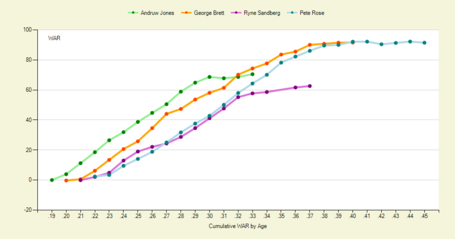 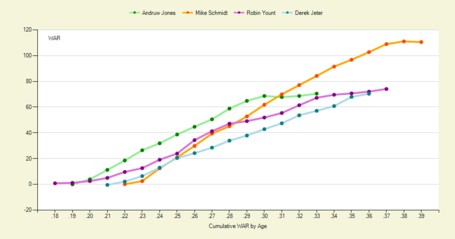 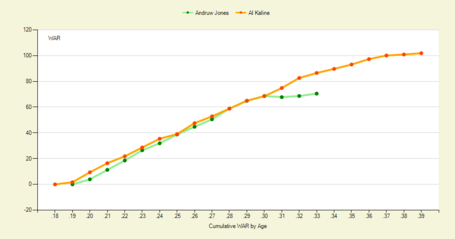 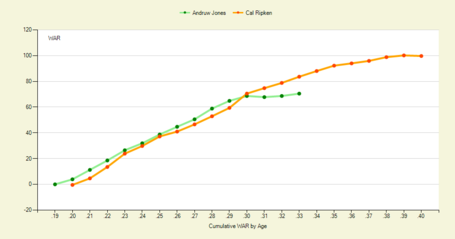 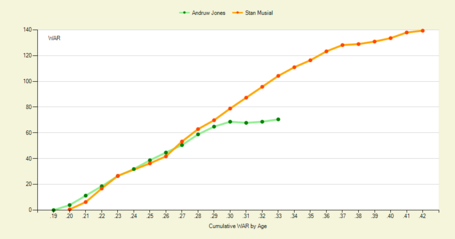 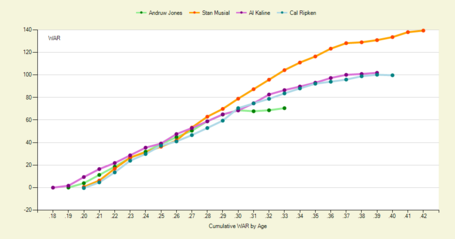