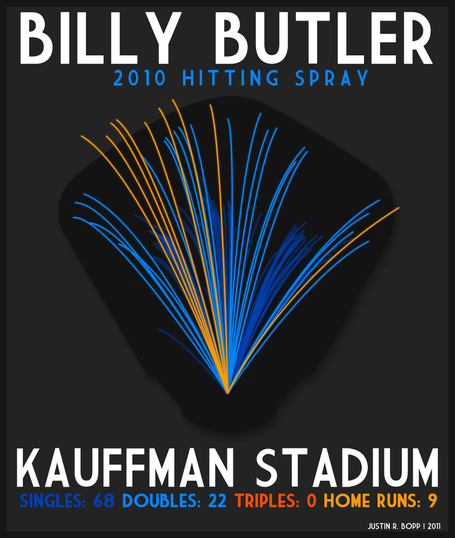 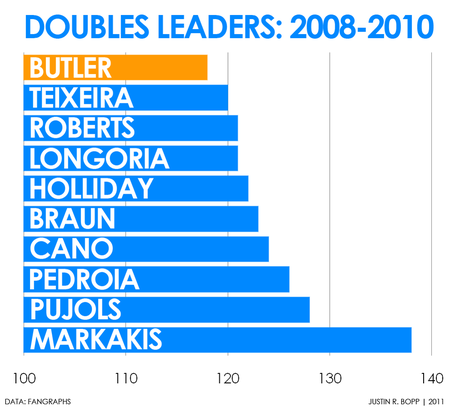 That's pretty decent company. Butler's issue is that he has neither tremendous power nor outstanding speed. He's just a great hitter.

Butler has an unusual blend of skills: he’s a right-handed hitter with no speed and, owing to his propensity for groundballs, only mid-range power – but despite his lack of speed, he succeeds in hitting for a high average.

Billy Butler: An Almost-Ichiro w/o the Speed, Glove, or Cool Name

Billy Butler: Not The One*

Billy Butler: 15 Years Late (Where are the 'roids when we need them?)

Billy Butler: I love this man