Share All sharing options for: A Graphic Look at Rookie of the Year WAR vs Career WAR 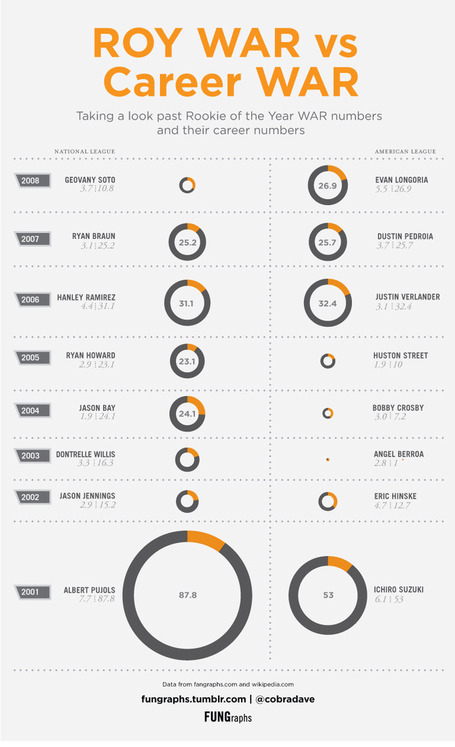 One week into the offseason and a few days into free agency, not only do we have those things to talk about, but the MLB's annual awards are coming in less than one week. This was initially a simple question, how many Rookie of the Year winners actually panned out. I call it my Bobby Crosby chart, since that's how it affected me the most.

We're looking at the WAR numbers during their ROY year and their cumulative career WAR numbers. Just out of fairness, due to dealing with the career numbers, I'm only including winners with 3 or more years of playing time (2008 and before).

Looks like between 2002-2005, outside of Ryan Howard and Jason Bay, there was a lack of winners who were able to make a big impact, not to say there was a lack of quality of prospects, we're just looking at the winners. Interesting to see Evan Longoria's impact, identical to Ryan Braun's, yet playing one less year.