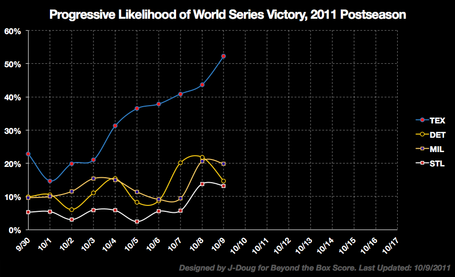 The Rangers and a cold front combined to neutralize Justin Verlander, making Texas the first team to breach the 50% threshold this postseason. This means bad news for the Detroit Tigers, not to mention the Brewers, Cardinals, and readers who don't enjoy headlines with bad clichés. 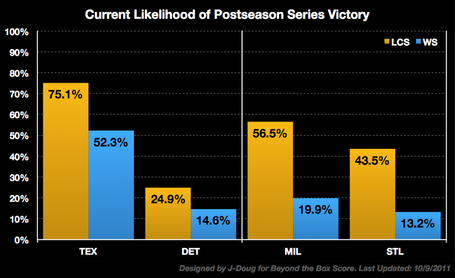