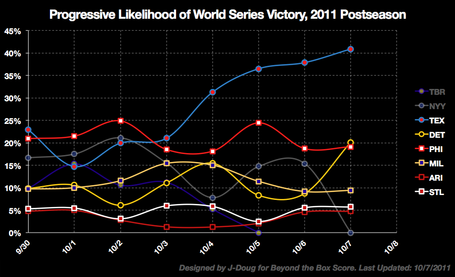 You can't predict baseball, Suzyn, but so help me I've tried. The system suffered its first defeat last night along with the favored New York Yankees. The Detroit Tigers, decided underdogs, will now head to Texas to fight for the American League pennant. We have the Rangers as 3:5 favorites in that series.

As for tonight's games, we continue to favor the Phillies and Brewers over the Cardinals and Diamondbacks in Senior Circuit Battle Royale 2011. So says our Log5 postseason simulator based on numbers from Baseball Prospectus. Raw numbers and figures of note after the jump. 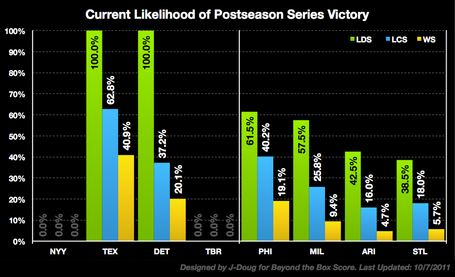