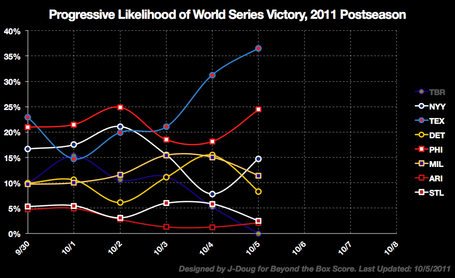 Considering the mismatches I first projected in the National League, I would not have expected Tampa Bay to be the first team eliminated in the 2011 postseason. Once a 15% shot to win it all, the Rays will have to wait for another year. In disposing of the Rays, the Texas Rangers rise to an even more dominant position with the victorious Phillies in tow. A.J. Burnett's competent performance put the Yankees back into the discussion as they head back to New York for Game 5, while the Cardinals and Diamondbacks still find themselves on the brink. 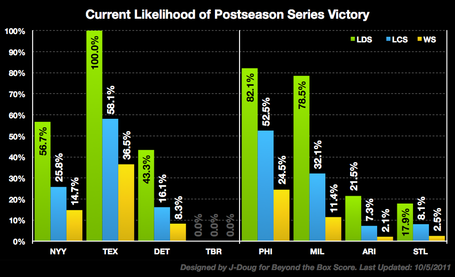