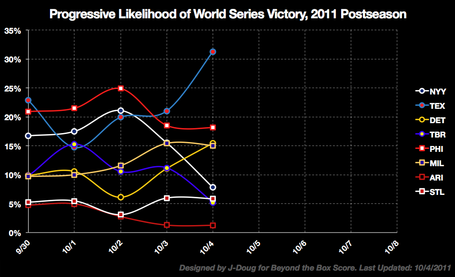 With wins over the Yankees and Rays, the Tigers and Rangers made significant gains on Monday night in their quest for the Commissioner's Trophy. With some help from Detroit, Texas increased their WS% by 10.3—the biggest gain so far of the postseason. Detroit boosted their chances by a respectable 4.3%. The Yankees and Rays, now on the brink of elimination, lost 7.7% and 6%, respectively. 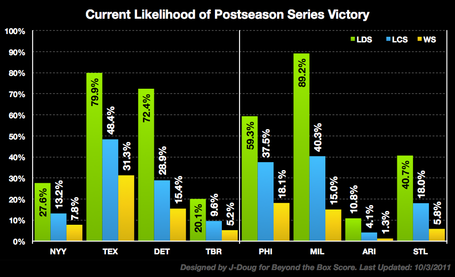