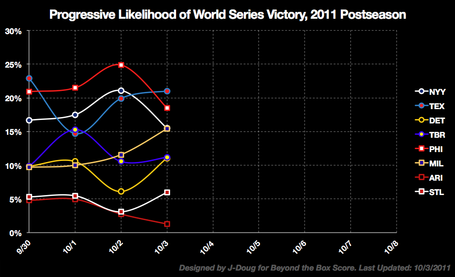 The Rangers benefited from their day off as the Tigers and Cardinals upset the Yankees and Phillies, respectively. This leaves Texas in the top spot, trailed closely by Philadelphia. The Yanks and Brewers now find themselves in a dead heat as the Diamondbacks, now on the brink of elimination, have a big hill to climb. 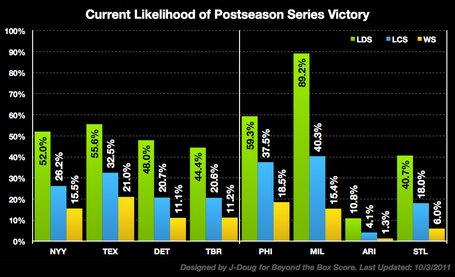