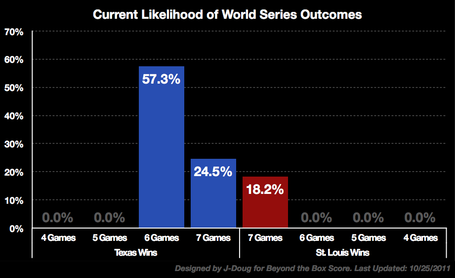 Thanks to Mike Napoli--again--timely defense and some interesting decisions by Tony La Russa, the Texas Rangers find themselves one game away from their first world championship. They'll have to beat the Cardinals in St. Louis, but our model indicates that they won't have that much trouble doing so.

So says our Log5 postseason simulator based on numbers from Baseball Prospectus. And that's pretty much all I have to say about that. 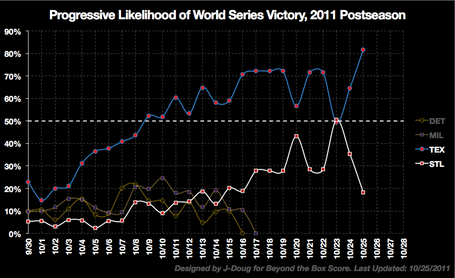