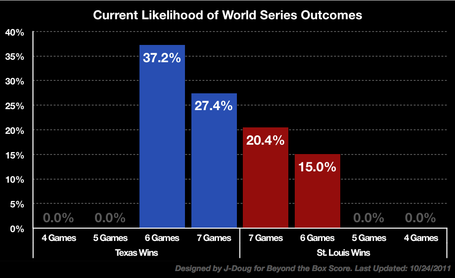 Last night, Mike Napoli and Derek Holland helped the Rangers tie up the World Series and retake the lead in our projections. The Fall Classic will now run six games for only the second time in eight years, and the underdog Cardinals (2:1) will have a shot to win it all at home. 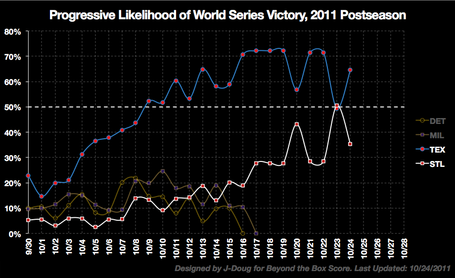