Share All sharing options for: Projections Update: Cardinals Favored for First Time in 2011 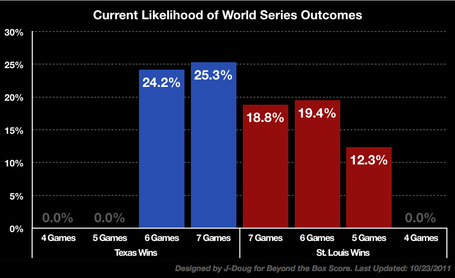 Thanks to an historic performance by Albert Pujols, an errant call at first base, and generally mediocre pitching, the St. Louis Cardinals are favored to win the World Series for the first time this postseason--barely. Our model has both teams in a dead heat at 1:1, with the Rangers trailing the Cardinals by a mere 1.2%. 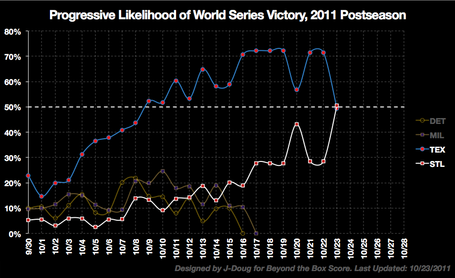