Share All sharing options for: Projections Update: It's a Brand New Series 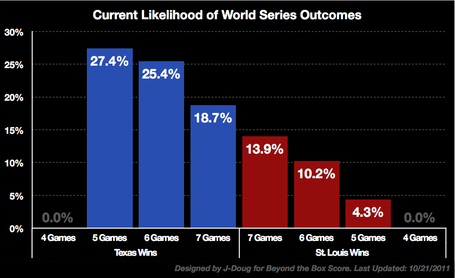 The Rangers and Cardinals head to Arlington tied at one game apiece, and it's a brand new series in more ways than one. In terms of their title chances, both Texas (2:5) and St. Louis (5:2) are right back where they started. 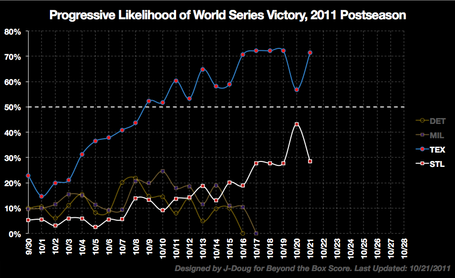