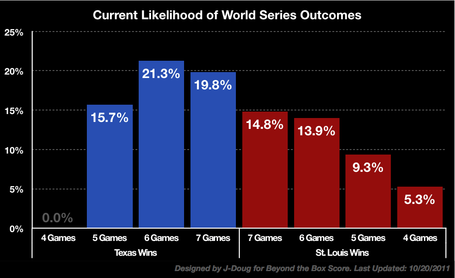 A team that was once 10.5 games out of the playoffs is now three games away from a World Championship. The Cardinals struck the first blow in the 2011 Fall Classic, but the model still favors the Rangers at 56.8%. 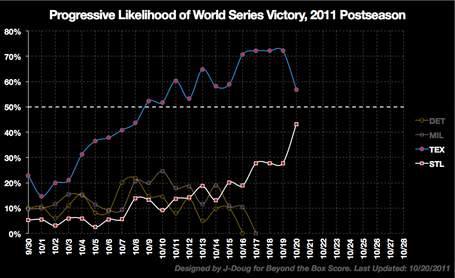