Share All sharing options for: Projections Update: Favorites Pull Ahead 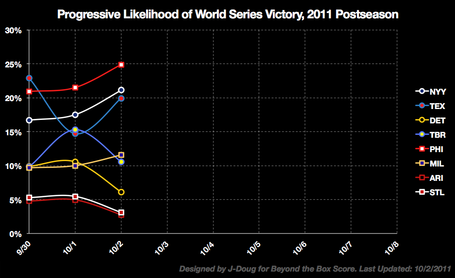 Last night was a great night for chalk; the top seed was victorious in each match-up. In the case of the Rangers and Rays, this meant they ended up right back where they started (almost). In the case of everyone else, it meant significant gains or losses. As a result, the Phillies extended their lead and the Yankees kept up. The Rangers aren't riding high in the saddle like they were a few days ago, but they're hot on New York's tail. 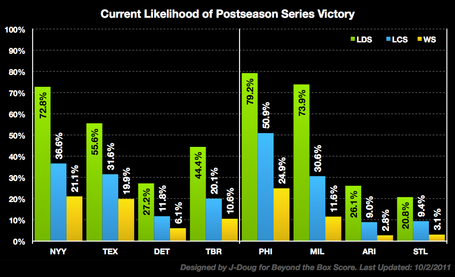