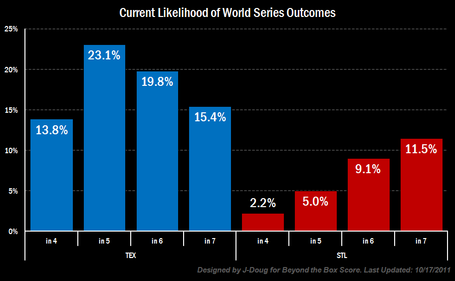 Note: the original chart reversed the distribution of game outcomes for St. Louis. The error has been rectified. I thank our vigilant readers for catching this and apologize for any confusion.

Defying all odds, the St. Louis Cardinals find themselves in the World Series, ready to take on the heavy favorites: the Texas Rangers.

Point of fact: I did not expect the Cardinals to be here, not in August, not in September, not last week. My simulator didn't think any more highly of them. Yet, here we are. Our projections have the Rangers as 2:5 favorites, with the most likely outcome being a Texas win in five games. 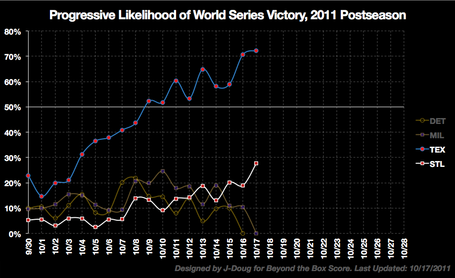