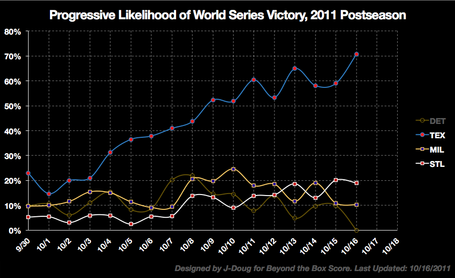 The Rangers punched their ticket to the 2011 Fall Classic last night with a 15-5 win, dominating the Tigers in much the same way they've dominated our postseason projections. They're now 70.7% favorites to win the World Series. Meanwhile the favored Cardinals attempt to fend off the hometown Brewers tonight for the National League crown. 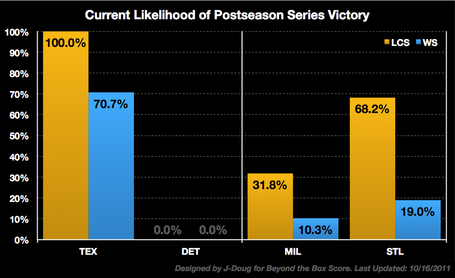